MV Seabourn Ovation arrives at RAK for the first time 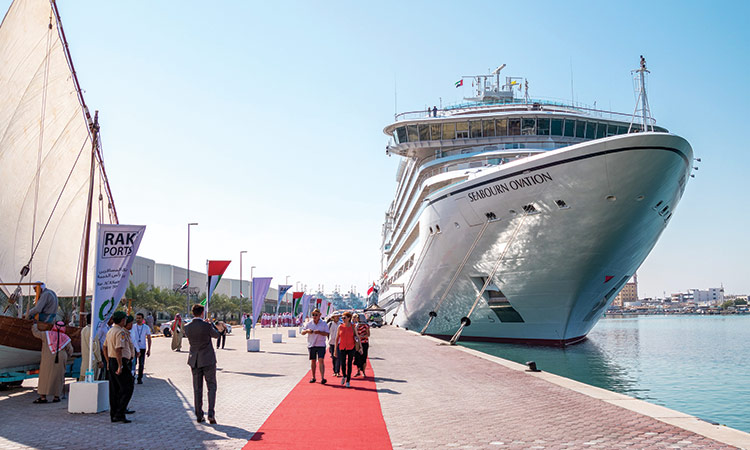 The arrival of the Seabourn cruise ship comes as a result of the ongoing efforts by Ras Al Khaimah Tourism Development Authority, and RAK Ports, to develop and reinforce the boutique cruise and water tourism proposition in the Emirate. Over the past year RAK Port Authority has finalized the transformation of its old ferry terminal into a modern and efficient boutique cruise passenger terminal and developed marine transport infrastructure around it. Furthermore, RAKTDA invested in designing bespoke visitor itineraries for arrivals during the 2018-2019 season to attract a larger segment of leisure cruise passengers.

Raki Phillips, CEO of Ras Al Khaimah Tourism Development Authority said: “We have identified the cruise segment as a key part of our Destination strategy 2019-2021 and have been working on developing the infrastructure to promote our cruise tourism proposition. While we aim to diversify our tourism offering to reach a wider segment of visitors, we recognize the importance of cruise tourism and its appeal for active adventurers, wellness seekers and cultural explorers from around the world. It is an honour to inaugurate the terminal with the arrival of the MV Seabourn Oviation, given its international recognition and stature within the marine industry. We look forward to developing our strategic partnership with the brand, and welcoming further vessels to the Ras Al Khaimah Port”.

The Seabourn brand has attained recognition on an international level, through its incorporation of new concepts, fresh vision and appeal to the most discerning travelers. MV Seabourn Ovation is an ultra-luxury boutique cruise ship, with a capacity of 600 guests. It docked at the emirate as part of its ongoing Middle Eastern tour of the GCC including stops at Dubai, Abu Dhabi, and Muscat. The vessel itself was constructed and completed in April 2018 by Fincanteri in Genoa, Spain, viewed by Ras Al Khaimah based officials on the VIP tour of the premises.

The ship arrived at 11am on the 1st of December, before setting sail again at 4pm on the same day. Guests were welcomed by a rich display of local culture, curated through the local Bahriya band, traditional Emirati cuisine and the chance to adorn their hands with henna. The experience was further extended via a tailored itinerary compiled by RAKTDA for passengers, taking them through key tourism activities including the Jebel Jais Flight, Al Suwaidi Pearl Farm, desert safaris, cultural tours and relaxing amidst hotels and beaches around the Emirate.

Captain Clifford William Brand, CEO of RAK Ports commented: “We are pleased to receive this inaugural visit of MV Seabourn Ovation after completing the development of the city’s first boutique cruise vessel passenger terminal, which is able to accommodate vessels up to 210m in length carrying approximately 1000 guests. The terminal has been installed with state of the art Immigration E-Gate equipment, CCTV, and security X-Ray machines to ensure that ships guests receive impeccable service and enjoy a hassle-free experience”.

To achieve its goals the departments will develop marine transport infrastructure around the cruise terminal, while RAKTDA will design and enhance visitor itineraries and tourism opportunities for future arrivals during the 2020-2022 seasons and further attract leisure cruise passengers.

About Ras Al Khaimah Ras Al Khaimah (RAK) is the northernmost of the seven Emirates that make up the United Arab Emirates. It is known for its rich history, dating back 7,000 years, and diverse landscape, from 64km of pristine beaches, to terracotta deserts and an imposing mountain backdrop.

The Emirate is home to the highest peak in the UAE, Jebel Jais, which features the world’s longest zip line, at almost 3km.

RAK is also centrally located at the modern crossroad between Europe and Asia, with one third of the world’s population within four hour’s flying time, making it an ideal location for businesses to expand into the UAE, the Middle East and Africa and beyond. At the Emirate’s economic heart lies several major companies and sectors - industrial (including RAK Rock and Stevin Rock’s quarries, RAK Ceramics and Julphar Pharmaceuticals); RAK Ports; RAK Economic Zone; banking via RAKBANK; RAK Gas and tourism. Supporting these industries is a modern infrastructure, state-of-the-art industrial areas and business parks and world-class hotels, facilities and attractions for tourists. For the past decade, Ras Al Khaimah has been consistently rated ‘A’ by Fitch and Standard & Poor’s rating agencies and already the Emirate is home to more than 15,000 businesses from 100 countries representing over 50 industries. RAK Courts is also the second-fastest court in the world at enforcing contracts in commercial disputes. 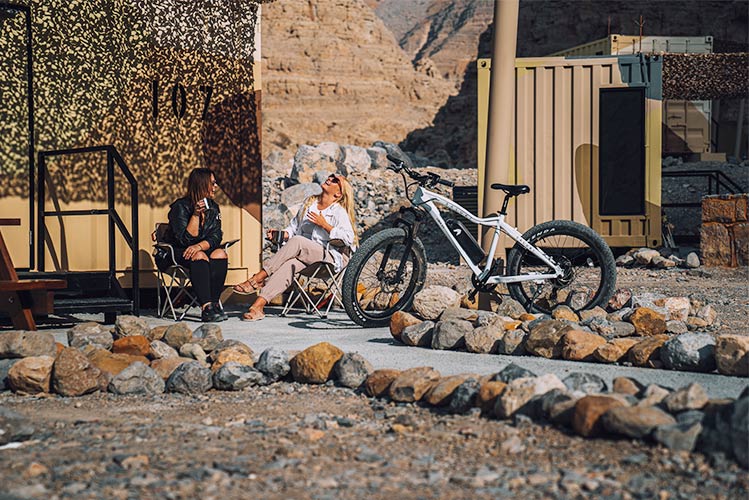 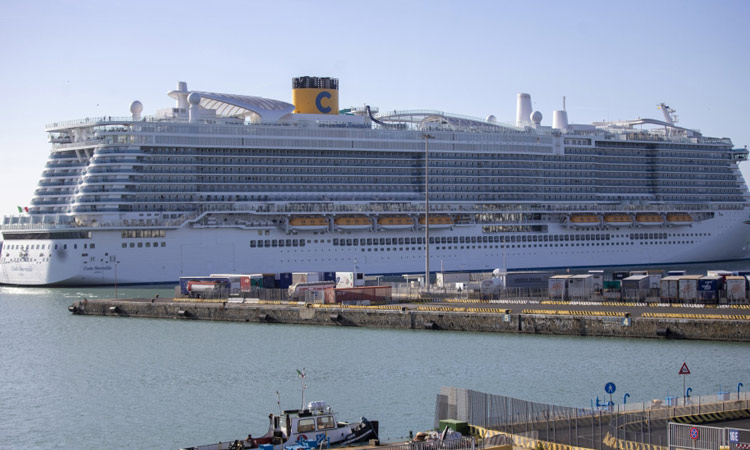 Singapore hopes to start “cruises to nowhere” in a bid to revive its coronavirus-hit tourism industry, but critics warned on Monday against a risky move that could spark Covid-19 outbreaks. 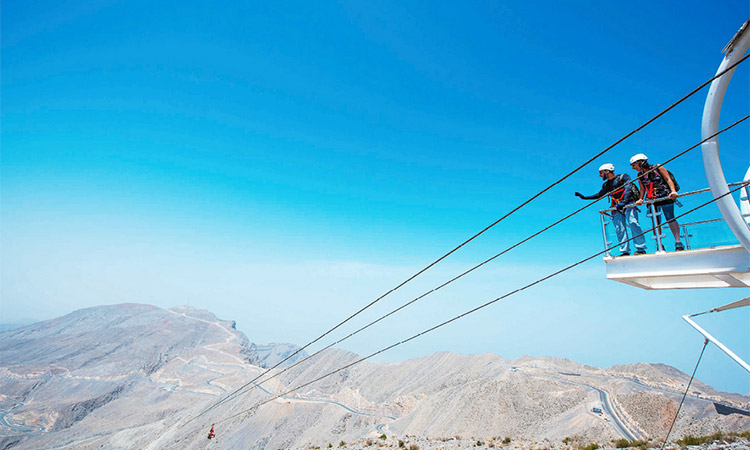 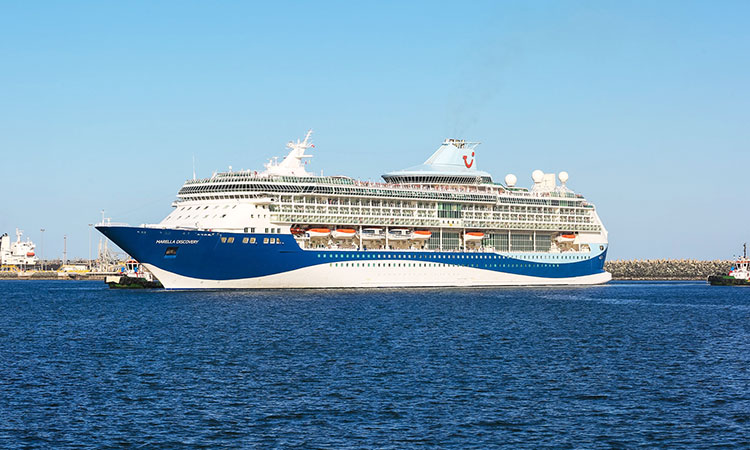 Fujairah Terminals, wholly-owned by Abu Dhabi Ports, has celebrated the official start of the 2019-2020’s cruise season with the first-ever cruise turnaround conducted at Fujairah Port.