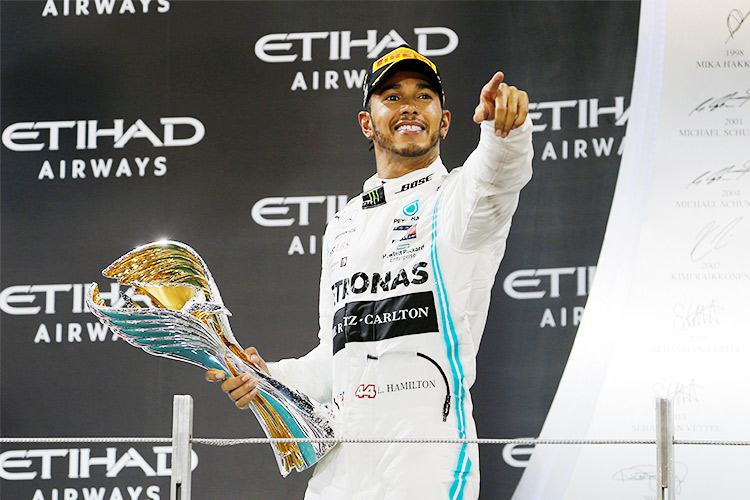 Lewis Hamilton celebrates with a trophy after winning the race. Reuters

Starting from a record 88th pole position, the 34-year-old Briton was unchallenged from lights to flag as he cruised to an untroubled triumph 16 seconds ahead of Red Bull’s Max Verstappen and Charles Leclerc of Ferrari 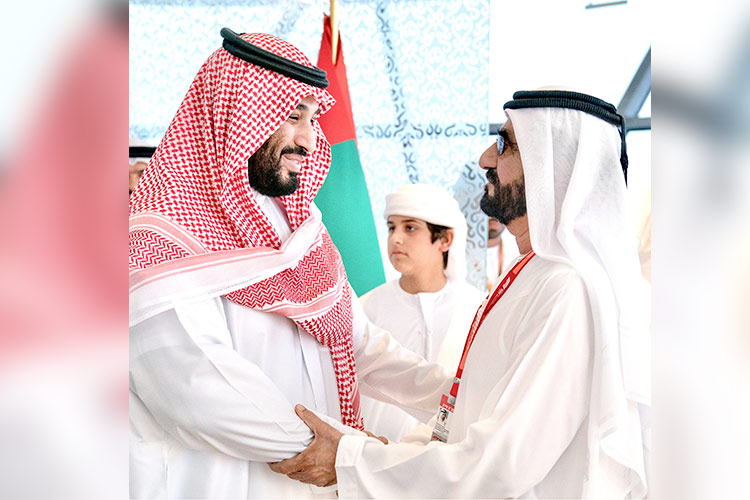 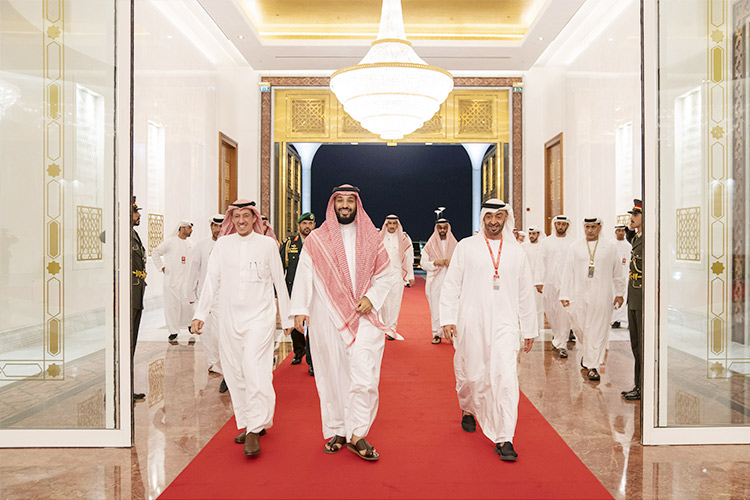 Attending also were heads of delegations of a number of brotherly and friendly countries, state guests, Their Highnesses Crown Princes, Deputy Rulers and Sheikhs.

Scripting his 11th win of the season, the six-time world champion Hamilton gave one of his most dominant performances finishing ahead of Red Bull driver Max Verstappen and Ferrari’s Charles Leclerc.

“I’m so grateful to the team. Even though we had the championship won I just wanted to get my head down, and see what we could learn from this beautiful car. Who would have thought at the end of the year we’d have this strength in the race,” said the champion.


“I’m so grateful to Team LH! I travel around the world to different countries and I get to see people who inspire me and send me messages that lift me up. Thank you for watching, thank you for supporting. I feel so happy today,” added the 34-year-old after racing under the Yas Marina floodlights.

Making a perfect start to his 250th F1 race, Hamilton was 1.6 seconds clear after one lap and the lead kept increasing as the 55-lap race picked momentum. He finally finished in 1:39.283, clocking a new lap record. 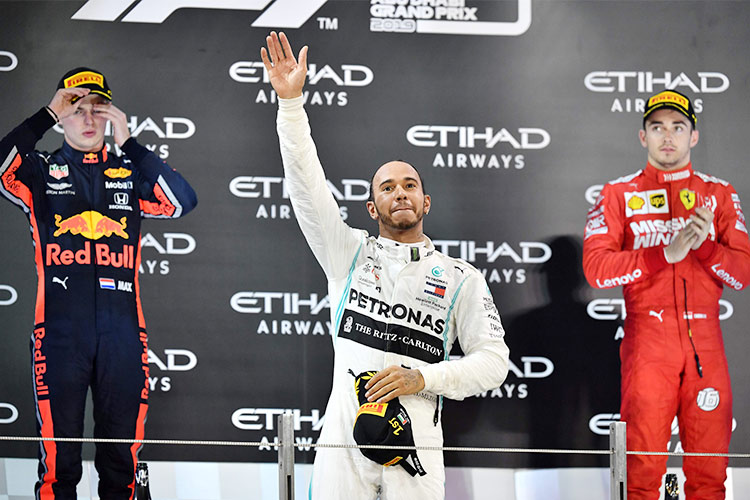 Lewis Hamilton waves after winning the final race of the Formula One Grand Prix season at the Yas Marina Circuit in Abu Dhabi. AFP

But he feels the pressure mounting with youngsters crowding the circuit. “It’s great to be in a period of time when there’s lots of youngsters coming through, and I’m privileged to be here while they come through.”

The British driver who sealed claimed his 84th career victory is the most successful driver here with five race victories to his name - the first in 2011 for McLaren followed by 2014, 2016 and 2018 and this year’s finale. This win drew him level with Ayrton Senna in claiming a 19th start-to-finish triumph. Mercedes also hold a dominatable record in the floodlight race as this is their sixth Grand Prix success on the trot.

While Hamilton dominated from the start, the battle for the second spot between Verstappen and Leclerc was intense. Though the Monegasque got a head start on Lap 1, the pace of the Red Bull in the long run was too much for the Ferrari and the Dutchman triumphed after just a single pit-stop.

“Our pace was quite decent, but Mercedes and Lewis were too quick. Overall it’s been a positive season and to be P3 in the championship is encouraging,” said Verstappen on claiming his second podium finish here.

“There were a few little things in this race that were issues, but it wouldn’t have made any difference. We are all working hard, but it’s good to take some time off and be with family and friends, and come back stronger next year.”

Though Leclerc settled for third, he was happy with his season. “I’m extremely happy about this year, a realisation of a dream since childhood. Now it’s up to me to work, to get better and to give (Ferrari) the success they deserve,” said the 22-year-old while adding “I’ve learned a huge amount, thanks to Seb.”

Hamilton’s Mercedes team-mate Valtteri Bottas, who had started from the back of the grid after taking a new engine penalty, produced a brilliant charge to end less than a second behind Leclerc to take the fourth spot. He finished ahead of four-time champion Sebastian Vettel in the second Ferrari. Alex Albon in the second Red Bull completed the top six.

A gripping last-lap tussle between Lando Norris and Racing Point driver Sergio Perez saw Perez come out on top to claim ‘best of the rest’ in P7, ahead of McLaren’s Norris. Daniil Kvyat of Toro Rosso followed in ninth and Carlos Sainz, in the second McLaren, took 10th to finish sixth in the Driver’s standings.

While Renault’s Daniel Ricciardo and his team-mate Nico Hulkenberg took the following two spots, Lance Stroll was the only retirement from the race after pulling in with a mechanical issue. 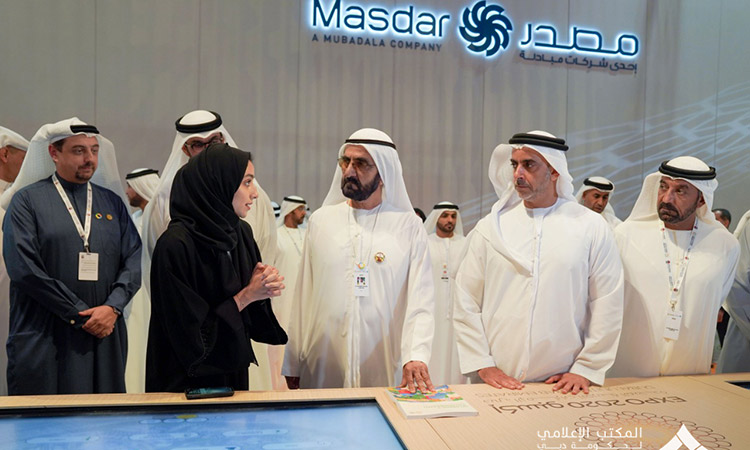 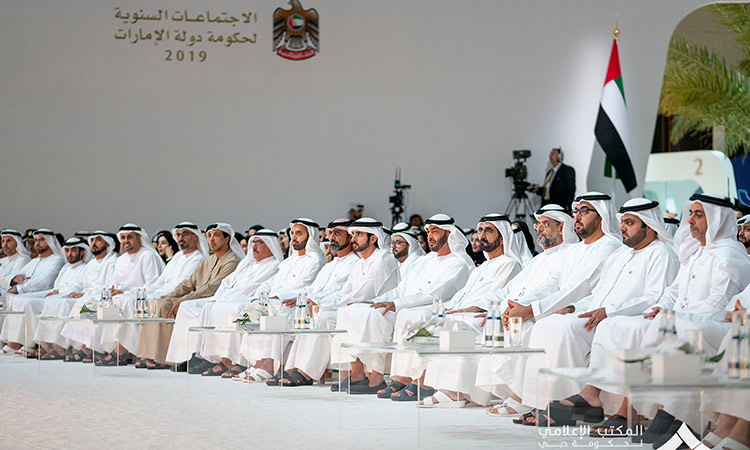