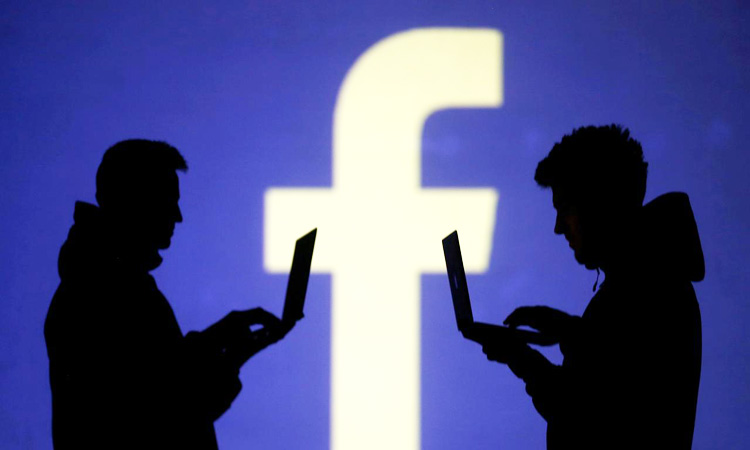 Silhouettes of laptop users are seen next to a screen projection of Facebook logo in this picture illustration. File Photo/Reuters

The move, coming as the Asian city-state gears up for an election, is the first real test of a measure that took effect last month, stoking fears it could stifle free speech and chill dissent. But government officials have rejected such concerns.

On Thursday, Singapore ordered blogger Alex Tan to correct his post on the States Times Review Facebook page that made accusations of the arrest of a supposed whistleblower and election rigging, calling them “false” and “scurrilous.”

Tan, who does not live in Singapore and says he is an Australian citizen, said he would not comply with the request.

On Friday, the office administering the law, known as the Protection from Online Falsehoods and Manipulation Act (POFMA), said it had directed Facebook to issue the correction after Tan’s “non-compliance.”

The office had also “commenced investigations against Tan,” it added, without giving details.

Facebook has previously said it was “concerned with aspects of the new law which grant broad powers to the Singapore executive branch to compel us to remove content they deem to be false and to push a government notification to users.”

Rights groups such as New York-based Human Rights Watch have also warned the law could undermine internet freedoms, not just in Singapore, but elsewhere in Southeast Asia.

In the only other case under the law, which covers those both inside and out of Singapore who make false statements communicated in the country, opposition political figure Brad Bowyer swiftly complied with a correction request.

Singapore, ruled by the People’s Action Party since independence in 1965, is widely expected to hold a general election within months, though no official date has been set.