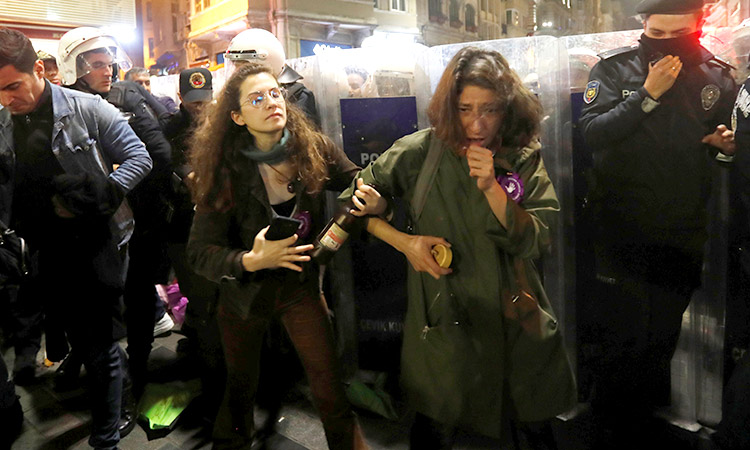 Demonstrators run to cover from pepper spray pellets during a protest in Istanbul, Turkey. Reuters

Turkish police fired tear gas to disperse protesters marching in Istanbul on Monday to demand and "end to impunity" for those guilty of violence against women, a problem endemic in Turkey.

Some 2,000 people, mostly women, took part in the march to mark the UN-backed International Day for Eliminating Violence against Women. 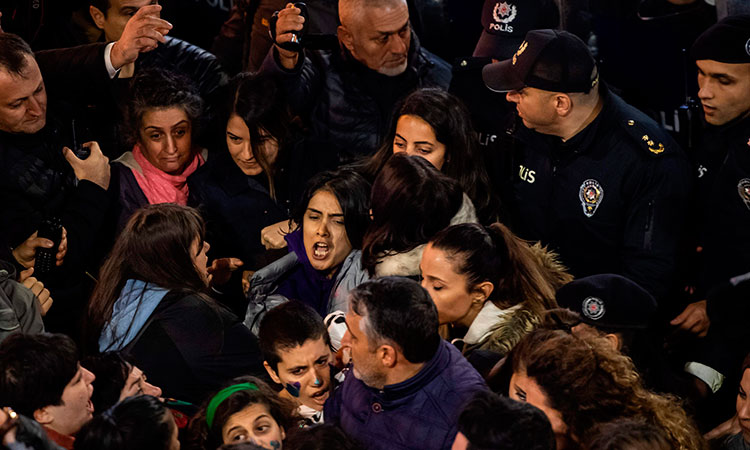 They brandished placards reading "End impunity" while others held up the names of women killed by their current or former partners.

The banner at the head of the march read, "We can not tolerate the loss of one more woman."

After an initially peaceful gathering, the march turned up Istiklal Avenue, a busy shopping hub, where they were quickly blocked by a wall of police in riot gear who used force to break up the demonstration. 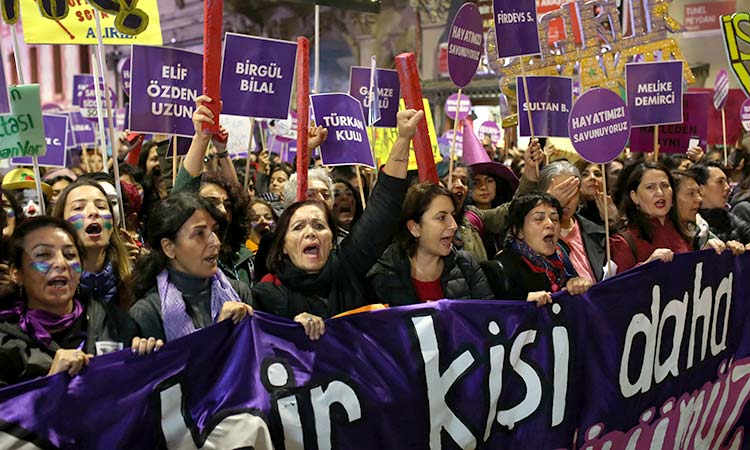 Demonstrators shout slogans during a protest against violence against women in Istanbul, Turkey. Reuters

Ayse Baykal, a teacher, told AFPTV that she had joined the rally to protest against "the enemies of women" and to "end the murder of women".

Fellow marcher Ozge Cekcen, 25, said, "the killing of women in our country has risen sharply and, throughout society, we are being silenced".

Turkish media have in recent weeks reported on several cases of women being killed by men. 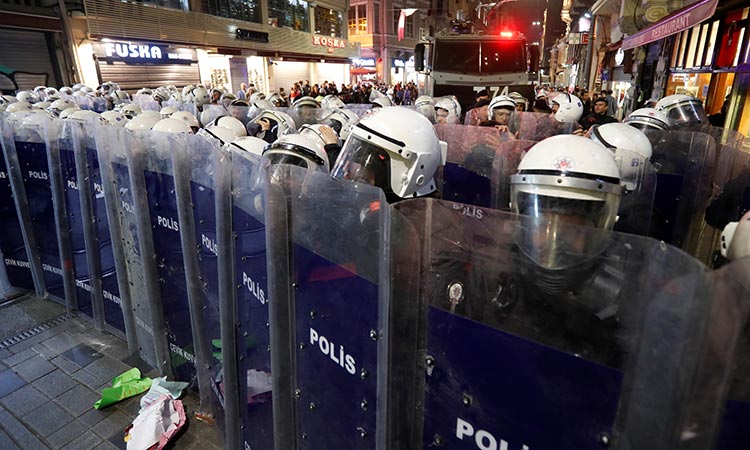 Turkish riot police block the street of Istiklal during a protest in Istanbul, Turkey. Murad Sezer/Reuters

A Turkish court on Monday handed a life sentence to a man who was convicted of murdering a woman in front of her 10-year old daughter in a high-profile case which sparked outrage, state media reported.

The murder of 38-year-old Emine Bulut in August caused a furore after a video went viral of the moments after she was stabbed.

A total of 378 women have been killed in Turkey so far this year, according to a local women's rights group. Last year the figure was 440, against 121 such deaths in 2011.

Women's rights groups regularly accuse the Turkish justice system of handing out insufficent penalties to those found guilty of violence against women.

Although Turkey has ratified the Council of Europe's 2011 Istanbul Convention on preventing domestic violence, rights defenders criticise the fact that killers or abusers can receive reduced sentences for "good behaviour" or if they claim "provocation".