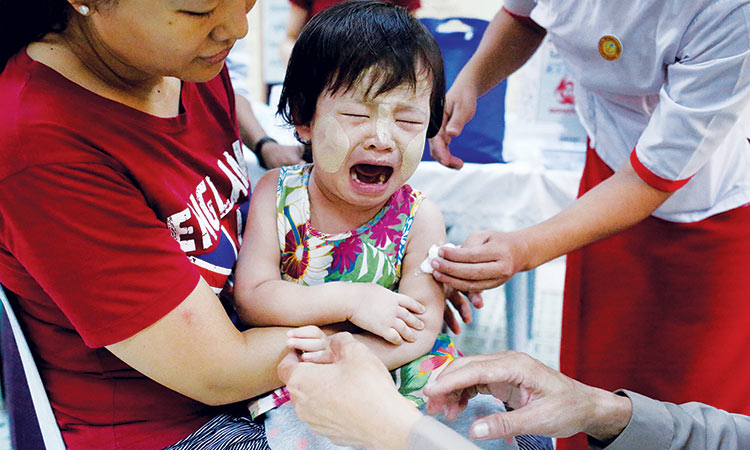 A child reacts after receiving a measles-rubella vaccination in Yangon, Myanmar. Reuters

The World Health Organization says cases of measles are continuing to spike globally, with multiple large outbreaks being reported across Africa, Europe, Latin America and the Middle East.

In an update on Wednesday, the UN health agency said Congo has reported more than 250,000 suspected cases this year, including 5,110 deaths. In Europe, there have been more than 56,000 cases in Ukraine. Sizeable outbreaks have also been reported in Brazil, Bangladesh and elsewhere.

WHO noted that two large epidemics in New York are over but small outbreaks elsewhere in the US continue.

Measles is among the most infectious diseases and can be prevented with two doses of vaccine.

Measles has killed more than 5,000 people in the Democratic Republic of Congo since January — more than double the toll in the country’s Ebola epidemic — the World Health Organization said Wednesday.

“The DRC (measles) outbreak is the largest outbreak worldwide. It is one of the largest that we have seen,” Kate O’Brien, director of the WHO’s immunisation department, told reporters in Geneva.

A measles epidemic raging in Samoa has killed 37 people, the World Health Organization said Wednesday, blaming an anti-vaccine messaging campaign for leaving the Pacific island nation vulnerable to the spread of the virus.

The UN health agency warned that a steep decline in vaccination rates in Samoa, a Pacific Ocean island nation halfway between Hawaii and New Zealand, had paved the way for a “huge outbreak”, with more than 2,500 cases in a country of just 200,000 people.  The death toll has been rising steadily since the country declared a national measles epidemic in mid-October. WHO said another five people had died Wednesday, bringing the total number of deaths to 37. 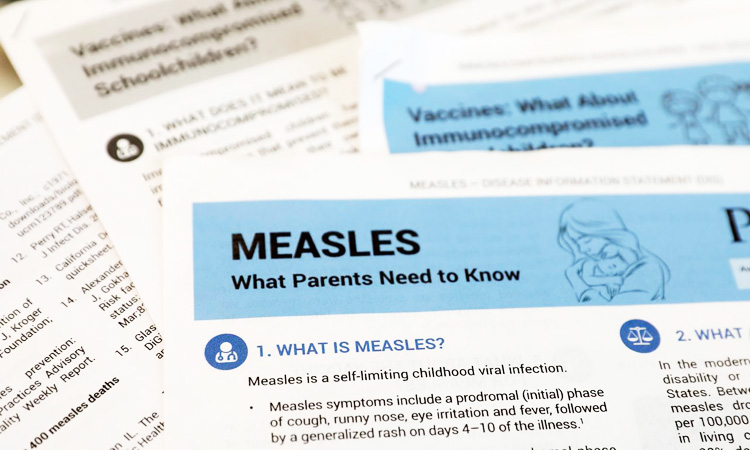 Every region in the world, expect the Americas, is experiencing an increase in the number of cases of measles, a vaccine-preventable disease that can kill or disable children,