Filipino household service workers to be feted in Dubai - GulfToday

Filipino household service workers to be feted in Dubai 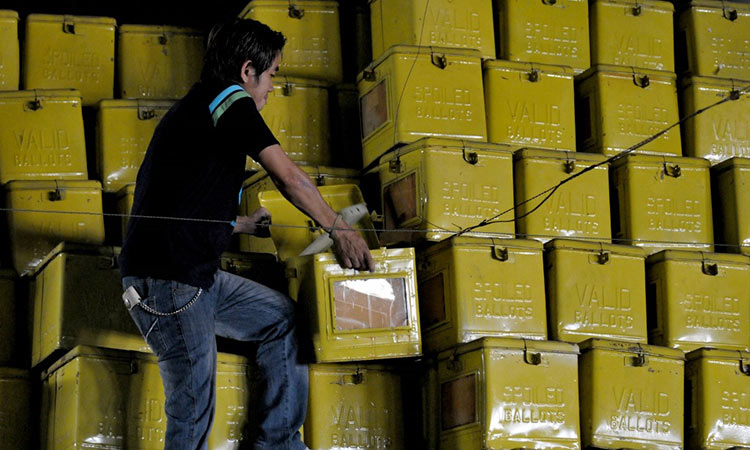 Thirty-six female Filipino household service workers (HSWs) having served in the UAE anywhere from three to 35 years are going to be feted this weekend in Dubai through the first-ever “Gawad Kasambay 2019.”

Of the 36, 13 are going to be declared winners in eight categories, six of whom are going to romp off with the “Loyalty Award.”

“Gawad Kasambay” stands for “Domestic Workers Awards,” the ceremonies of which would be held at the Palazzo Versace.

It is a concept of  CMG Group of Companies owner Michelle Guinto who, along with like-minded individuals, believe that while Filipino professionals as well as skilled workers have been given due recognition by various bodies in their home country, in the UAE and elsewhere in the world, HWSs are equally deserving to be merited.

“We will not be able to move about and move forward without the indispensable help of housemaids and all the other people who help run a household wherever this household is in the world,” said Guinto on Monday evening.

“It is time that we give due recognition to our fellow Filipinos in the household service industry. Sila naman (Let us give them what they deserve),” she added.

It was a rejoinder to Philippine Business Council-Dubai and the Northern Emirates officer/co-organiser Leo Barrameda’s  statement that while “Filipino architects, nurses and other professionals have been given their respective platforms, their kababayan (countrymen) HSWs should not be left out.”

The thoughts of employer Nokia chief financial officer Kevin Raistrick was included in the media kit: “I believe that it is very important to recognize those that contribute to the development of the over-all community; particularly those that selflessly help others. It helps inspire others to think in the same way.”

In connection with the 10th anniversary of the company Guinto set up in 2009, the competition was launched in August attracting 300 applications from Abu Dhabi and the Western Region, Sharjah, Ajman, Umm Al Quwain, Fujeirah with the majority from Dubai.

The 300 applications were filtered with 75 going through the scanner of six judges. The 75 were trimmed down to 36 who also went through face-to-face interviews with another set of an eight-man jury.

One is a holder of several certificates and diplomas having been given the opportunity to study during her day-off every Friday. She is the first in her family to pursue higher education. She experienced toiling long hours without any days off in her previous household employment.

One is the “mayordoma” (chief household staff) of 13 other Filipino housemaids. Her employer has entrusted to her the full management of the household for over 30 years. She saw her 13 wards grow up, have their own families and children. Her employer does not want to let go of her.

One is finishing her two-year contract this December. She has established businesses in the Philippines. Her children are all professionals. They are awaiting for her “return-for-good” as they already have a house ready for her. She wants to spend some time in Georgia because she has been in other parts of the world accompanying her employers and their children.

One has her own cleaning company in the UAE as her employer saw fit that she is trustworthy and disciplined in her work.

One was a battered wife in the Philippines and on her own had her four children earn their respective university degrees.

One reared her two special needs wards who are now enrolled in mainstream school.

Tiberio said: “There are ups and downs. There are pros and cons of being overseas. What I saw in them is their perseverance (which is laudable and worth emulating).” Bucton said: “The award gives everyone a deeper and a more introspective understanding of their resilience just to thrive and provide for their families. Their stories are definitely a source of inspiration for Filipinos across the globe.”