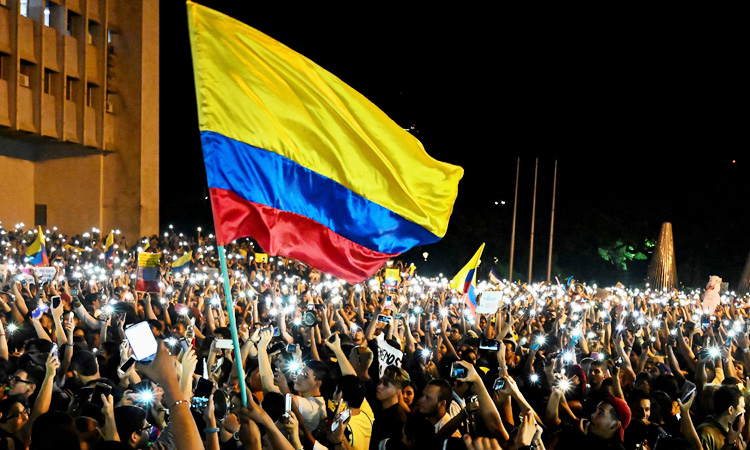 People take part in a protest against the government of Colombia's President Ivan Duque, in Cali, Colombia. File photo/ AFP

“Tomorrow, the president will meet with representatives of the national strike,” said labor minister Alicia Arango on Monday at the Casa Narino presidential palace in Bogota.

The meeting with the National Strike Committee — which brings together unions, indigenous people, students and opposition parties — will form part of the national dialogue Duque launched on Sunday to address corruption, economic inequality and other woes. 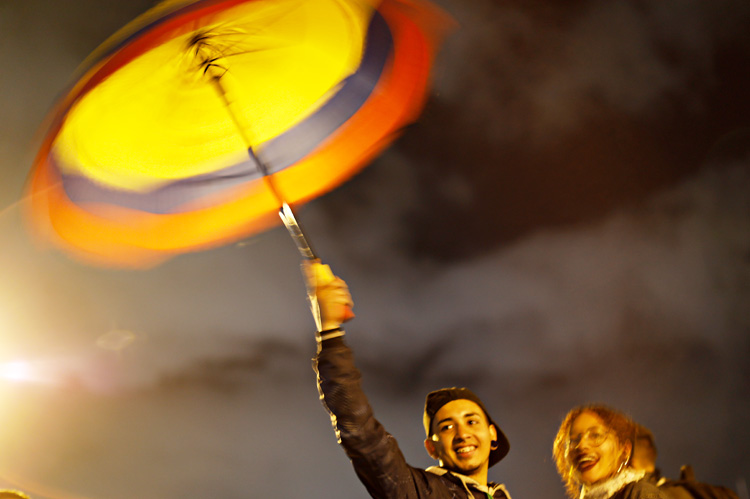 A couple take part in a protest as a national strike continues in Bogota, Colombia on Monday.

The protests have left four dead — including a young man who died on Monday evening after being wounded over the weekend — and some 500 people injured.

Despite having previously called for a national conversation with all sectors, Duque initially did not invite protest leaders to the talks.

“Citizen impatience is great, citizen demand is great... but it is also very important to understand that governments cannot make promises, nor do governments have magic wands with which miraculous and immediate solutions are produced,” Duque said on Monday.

Since last on Thursday Colombia has been hit by unprecedented mass protests against the unpopular Duque, thus joining a wave of grassroots anger that, for different reasons, has swept through Ecuador, Chile and Bolivia.

They are also concerned about the management of a 2016 peace deal with leftist FARC rebels, which is unpopular with many.

Thousands of Colombians took to the streets on Monday to participate in a protest organised by the powerful Central Union of Workers, which coincided with the march for the International Day for the Elimination of Violence against Women.

On Monday evening, a Bogota hospital announced that Dilan Cruz, a young demonstrator who had been injured Saturday by law enforcement, had died.

Duque shared his condolences for Cruz's family after the announcement, tweeting, “We deeply regret the death of the young Dilan Cruz.”

Cruz's death sparked another round of marches, as people expressed solidarity in several Bogota neighborhoods by banging pots and pans. Protest organizers have called for the marches to continue on Tuesday.

Cruz is the fourth death in the protests, which have also seen 172 arrested and 61 foreigners expelled for participating in acts of vandalism, most of them Venezuelans.

Earlier on Monday, Colombia said it is expelling 59 Venezuelans for taking part in street protests.

The Venezuelans have been classified as a threat to public order and national security, the government's migration agency said.

Christian Kruger, the director of Colombia Migration, said the country had welcomed the 59 Venezuelans now due for expulsion as it did so many people from their beleaguered country.

“But we will not tolerate a group of misfits coming to threaten the safety of our streets,” Kruger said in a statement.

He said their actions triggers “outbreaks of xenophobia” that hurts the reputation of good hardworking Venezuelans.

Kruger told reporters that they would be handed over to Venezuelan authorities at a remote border crossing in southwestern Colombia, San Fernando de Atabapo, in order to “make it difficult for them” to return.

“While it's true that foreigners can march, what they cannot do is affect public order and generate vandalism by putting public and private goods at risk as well as the integrity of the people who are in those marches,” he said.

Police had earlier reported that during a night of curfew on Friday, 29 Venezuelans were arrested in Bogota and Cali for violating that order.

Colombian immigration authorities said they had blocked the entry of a Chilean and a Venezuelan who, according to “intelligence information,” had posed a threat to the “tranquility and security” of the country. 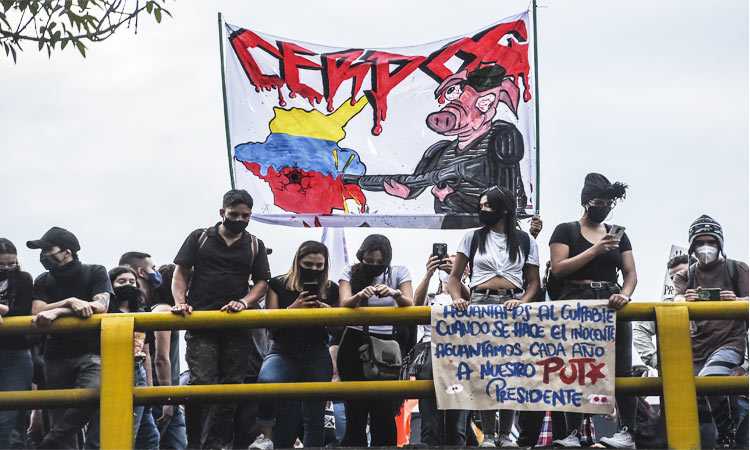 Thousands of Colombians protested on Monday against police brutality and government policies, 11 days after the death of a man at the hands of police sparked demonstrations.