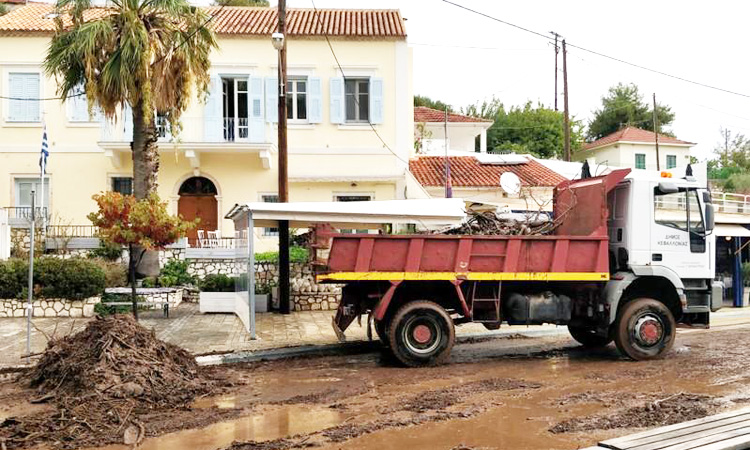 The storms hit western Greece over the weekend causing widespread flooding and disruption to transport.

“The boat of the two missing persons sank from the strong winds at the pier of Antirio town,” a coastguard official said. Two bodies were later recovered.

Parts of the road network to the Peloponnese peninsula were cut off due to extensive flooding, police officials said.

In Kineta, a beach town west of Athens, extensive damage was recorded to the road network from rockfalls from surrounding hills and tonnes of mud. The region suffered a major forest fire in 2018.

The civil protection service had urged municipal authorities to be on alert. The fire department received dozens of calls to pump water from premises while schools in the Athens region were to open two hours later on Monday because of the severe weather.

Meteorological services say the severe weather is expected to move eastward before waning later on Monday.

Twenty four people died from flash floods which hit the town of Mandra west of Athens in Nov. 2017, while seven people were killed in a freak storm which lashed northern Greece in July 2019.