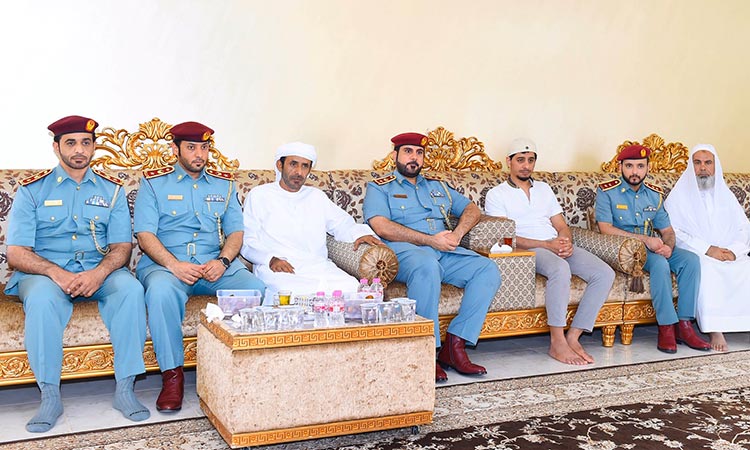 Sharjah Police officials offer their condolences to the family of the deceased.

A team of the Sharjah Police have offered condolences to the family of an Imam and his wife who passed away in a traffic accident in Al Saiwah area on Sharjah-Maliha Road on Friday.

The Sharjah Police General Command, received a report at 9:32pm last Friday about a collision between two vehicles on Sharjah-Maliha Street.

The collision led to the death of the 58-year-old Iman and his 51-year-old wife. Their 22-year old daughter survived the accident with injuries.

Another delegation of the Community Police Department, headed by Lieutenant Mariam Al Yamahi, Director of Community Programs Branch, visited her at the Al Qasimi Hospital.