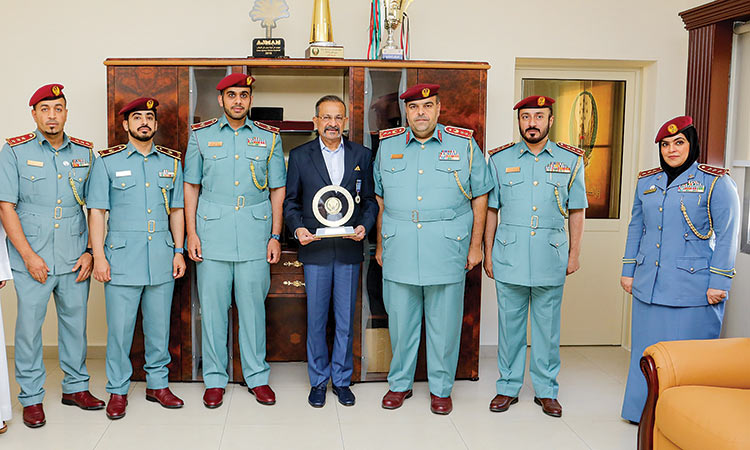 To mark 48th UAE National Day, philanthropist Firoz Merchant, has contributed to the release of 700 insolvent prisoners across the UAE.

As the UAE prepares to celebrate the 48th UAE National Day, philanthropist Firoz Merchant, Founder and Chairman of Pure Gold Group, has contributed to the release of 700 insolvent prisoners across the UAE.  Aligning with the spirit of tolerance, the various insolvent prisoners are from different nationalities and backgrounds and, this year they will get to celebrate the UAE National Day with their families in their country. The total amount being spent to help these insolvent prisoners is approximately AED 1 million and this will go towards various expenses like paying off their debts or airfare and transport to their homes in their countries of origin.

Major General Sheikh Sultan bin Abdullah Al Nuaimi, Commander-in-Chief of Ajman Police, said: “I am very appreciative of this gesture from Pure Gold Group, for their sense of social responsibility towards those in our correctional institution, and their generous support to secure their return to their country. The support Pure Gold Group has given them enhances the spirit of solidarity and cohesion and helps integrate them back into society to build a new and dignified life. The provision of air tickets for them to be able to return home after the end of their sentences reflects the extent of partnership of private institutions with the mission and social goals of the Ministry of Interior, strengthening the spirit of cooperation in the field of humanitarian work to contribute to the advancement of philanthropic work.”

160 prisoners from various nationalities were released from Fujairah correctional facility.