Power of human spirit celebrated at Relay For Life - GulfToday

Power of human spirit celebrated at Relay For Life 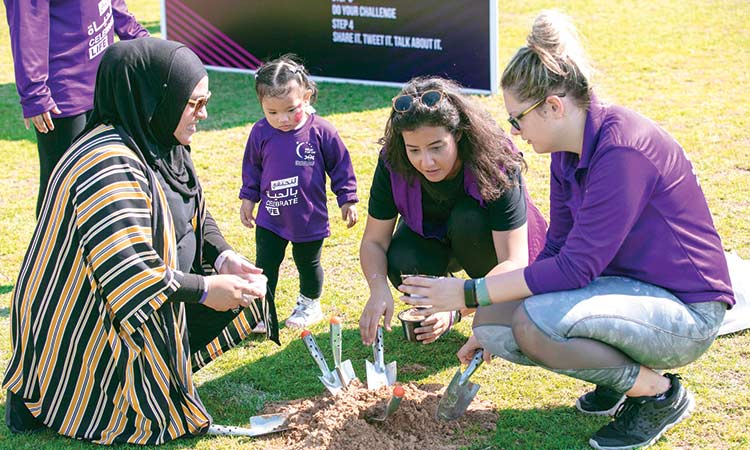 Moving tributes were written on Luminaria bags urging loved ones to ‘Finish the fight’, ‘Don’t give up’ and to remind themselves that ‘You are not alone’.

Hundreds of Luminaria lights – each one representing hope and a powerful reminder of friends and families affected by cancer, lined the athletic tracks at the American University of Sharjah (AUS) as the second edition of Relay For Life, organised by UAE-based Friends Of Cancer Patients (FOCP), got underway yesterday.

Moving tributes were written on the Luminaria bags urging loved ones to ‘Finish the fight’, ‘Don’t give up’ and to remind themselves that ‘You are not alone’.

Under the warm glow of flickering candles, participants also listened to cancer survivor Hanan who recounted her decade-old battle with the disease.

“It was a difficult period in my life; it was the selfless support and care of my parents that drove me to push myself,” she said.

“My association with FOCP made me realise I am not alone in this journey, that others too are fighting a similar battle, and that thought made me stronger.”

The Luminaria ceremony concluded with a ‘Silent Lap’ as survivors, patients, caregivers and volunteers took a candlelit lap in silence in memory of those who succumbed to cancer.

Another symbolic event at RFL 2019 was the ‘Give a Ghaf’ planting ceremony, introduced in this edition where participants planted a seed of hope in memory of their loved ones.

The national tree of the UAE and the symbol of the 2019 Year of Tolerance, the Ghaf was specifically chosen for its qualities of survival that has seen it thrive in the harsh desert environment.

Speaking at the event, Tim March, whose wife was diagnosed with cancer six years ago, said this was an “evocative moment as it brought people together in a unique way.”

“Cancer doesn’t discriminate; it entered our living rooms in 2013,” he said. “And I am here at Relay For Life as I hope that the seeds we sow today will lead to a future where cancer is permanently sidelined.”

More than 3,000 participants have joined this edition of the 24-hour walkathon and will continue to march on the AUS athletic tracks until 4pm today (Saturday), to further a common goal ofheightening cancer awarenessand raising funds to fight the disease.