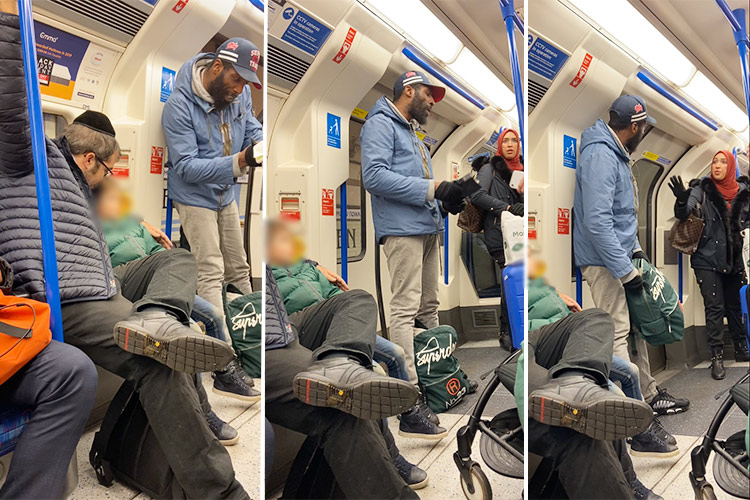 Passengers jumped to the defence of a family being subjected to a tirade of antisemitic abuse on the London Underground.

One woman who was apparently Muslim challenged the man who was targeting the Jewish family.

His rant and the reactions of those around were caught on video by Chris Atkins, a filmmaker, who praised the woman as “incredibly brave.”

The clash began as the man appeared to start reciting from a Bible during a trip on the Northern line, addressing a father and his two young sons, all with skull caps.

“Behold I will make them come and worship before your feet,” he says in the video, quoting from a passage in the Book of Revelation that refers to people falsely claiming to be Jewish.

When another passenger, off-screen, intervenes, he threatens to “smack you right in the nose, man.”

“I’m not no Christian pastor … back the f**k off from me,” he says, and in response to a further objection he repeats: “F**k off.”

The woman in a headscarf, thought to be Muslim, then takes issue with him, standing up for the family and asking him not to use such language in front of children.

But the Bible-carrying man, in black gloves, gestures to the family, telling her: “These people are impostors, trying to claim my heritage and they’re trying to tell me that’s cool,” and also mentions the slave trade.

Social media users heaped praise on the woman, one saying “give her a medal”, another saying she was a star, others lauding her courage.

Chris Atkins, who filmed the rant, asked anyone who recognised the man to report him to police, adding: “The woman who intervened was Muslim, and she was incredibly brave.

“As soon as I stopped filming I switched seats with the boy. The abuser got off at Waterloo, shouting that King James was in fact black.”

Users also praised the father for keeping calm for his children’s sakes and trying to laugh it off. 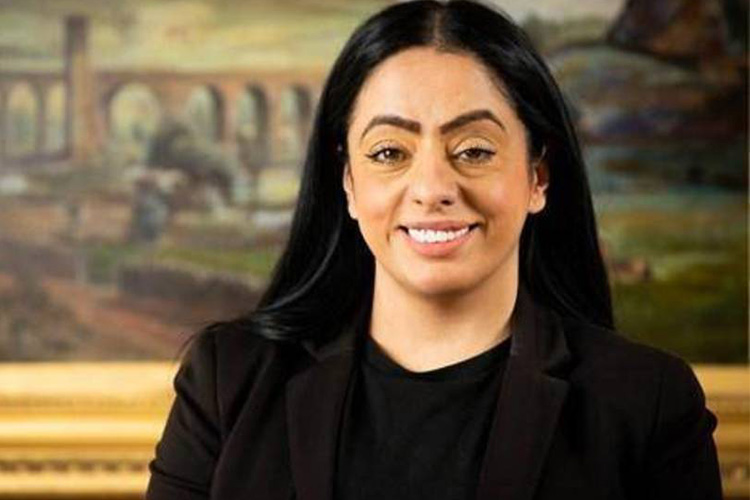 
British authorities are investigating an arson attack on the car of Oldham City Council President Arooj Shah, the first Muslim woman of Pakistani origin to hold this position in the north of the country, according to British media. 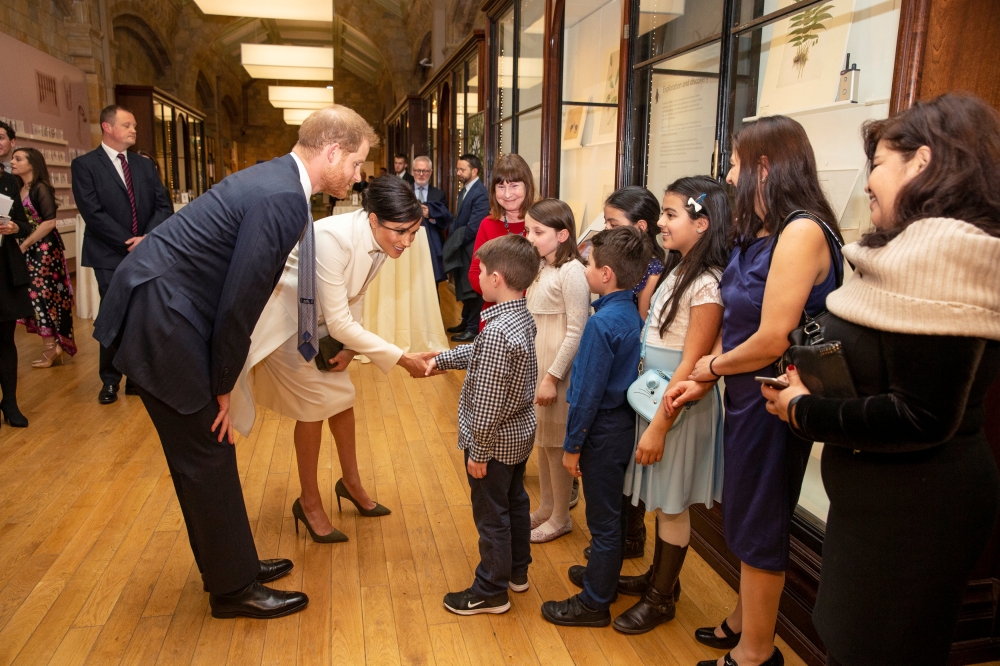