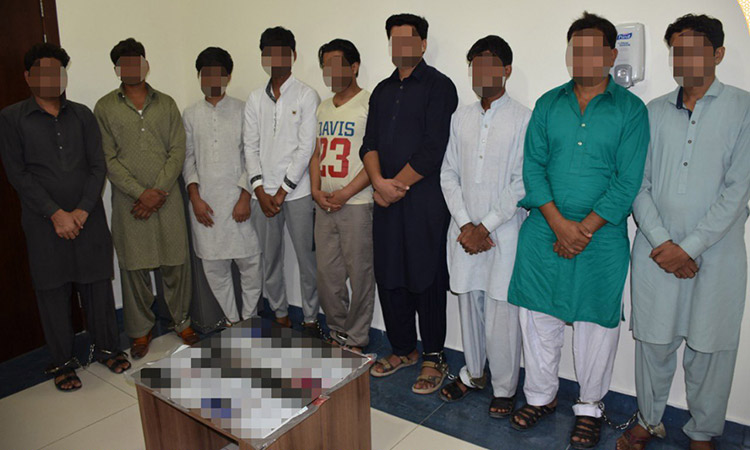 Some of the suspects detained in police raids.

The Abu Dhabi Police, in co-operation with Dubai and Ajman police, arrested a gang of 29 Asians charged with committing bank fraud crimes.

The police thwarted the gangsters' attempts to steal the money from bank accounts.

Police sources stated the gangsters used to call victims, obtain their bank data and misuse them to commit crimes.

According to the sources, the perpetrators belonged to four gangs that called the victims, claiming that their bank accounts or credit cards are blocked.

Then they told them they had to update the data through them, including account numbers, to reactivate their accounts or cards.

Mazrouei added once they received the tip offs, a team was formed to arrest the perpetrators.

He pointed out the arrests were carried out in co-operation with Dubai and Ajman police, where they raided the residence of the suspects, which they used as call centres to lure their victims.

He urged community members not to hesitate to report any fraud attempts they may be experience by contacting Amman service on the toll free number 8002626 or by SMS on sms2828.

Brigadier Musallam Al Amiri, deputy director of the criminal security sector, appealed to bank account holders not to respond to communications they receive from people claiming to be bank employees and not to provide any information about their bank accounts.