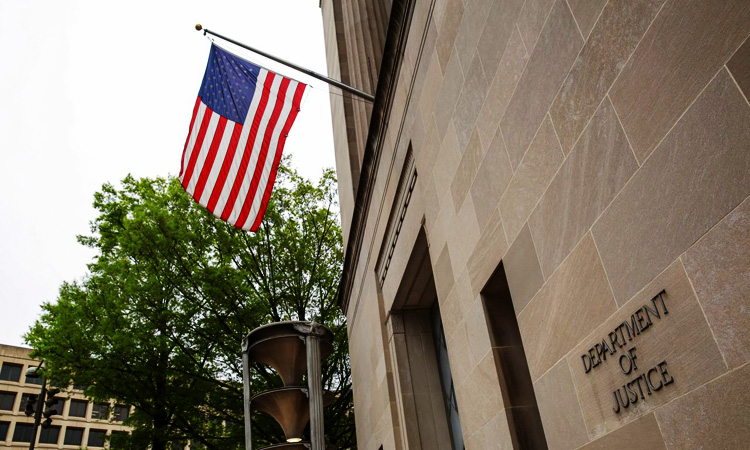 A general view of the Department of Justice building is seen in Washington, US. File photo/Reuters

A Chinese national who worked for Monsanto before it was purchased by Bayer AG was charged in St. Louis, Missouri, on Thursday with stealing trade secrets for China, the US Justice Department said.

Haitao Xiang, 42, an employee of Monsanto and its Climate Corp subsidiary from 2008 to 2017, was stopped by federal officials at a US airport before he could board a flight to China carrying proprietary farming software, the department said in a statement.

“The indictment alleges another example of the Chinese government using Talent Plans to encourage employees to steal intellectual property from their US employers,” Assistant Attorney General John Demers said.

Xiang's lawyer, Eric Selig, said his client would plead not guilty at his arraignment, which has not been scheduled.

China announced in 2008 its “Thousand Talents Plan” to recruit scientific researchers, which authorities in Washington have called a threat to US national security.

“Xiang promoted himself to the Chinese government based on his experience at Monsanto,” Demers said. “Within a year of being selected as a Talent Plan recruit, he quit his job, bought a one-way ticket to China, and was caught at the airport with a copy of the company's proprietary algorithm before he could spirit it away,” he said.

The US has long accused China of stealing intellectual property and technology, an accusation that is one of the core issues in the trade war between the two countries.

China did not comment on the specifics of the individual case, but repeated its denial of stealing intellectual property.

“No matter if it's a Chinese citizen or an American citizen, if they've violated a law, if the Americans have fairly handled the case according to law, then we have no objection,” said Chinese foreign ministry spokesman Geng Shuang at a regular press briefing Friday.

“But we resolutely oppose the US using this single case as a pretext for saying China has groups that organize and plan steal intellectual property from the US China's technological achievements did not come from theft.”

Xiang is being held in Randolph County Jail in Illinois as he awaits a judge's decision on bail, Selig said. He said Xiang, who has lived in the United States for 17 years and has a wife and daughter living in the country, is not a flight risk.

Bayer completed its takeover of Monsanto in June 2018.