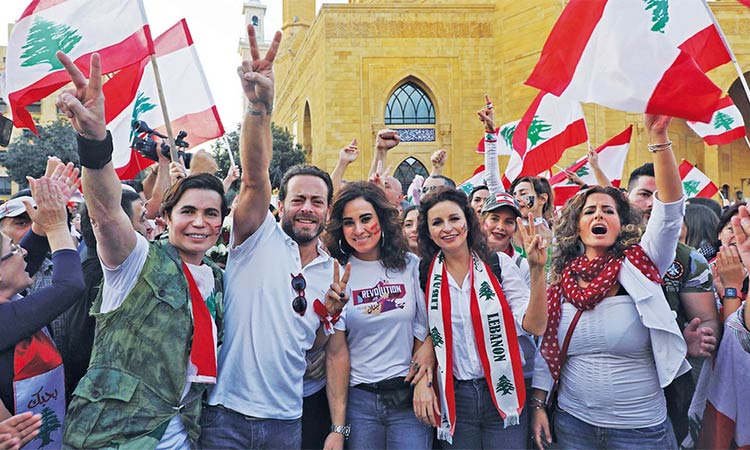 Lebanon marked 76 years of self-rule on Friday, with nationwide festivities by protesters taking centre stage in place of the traditional military parade to mark a first year of “real independence.”

An unprecedented protest movement has gripped the small Mediterranean country since Oct.17, demanding the complete overhaul of politicians deemed inept and corrupt.

Various groups — workers, students, artists, agricultural workers, engineers — paraded in Martyrs’ Square under their own banners to the sound of drums, as protesters cheered them on from the sidelines.

Jilnar Mukhayber, 16, was elated to be taking part in the grassroots festival.

“Lebanon is uniting again... Today, Lebanese are forgetting the civil war and witnessing the birth of a new Lebanon,” she told reporters.

“The civil independence parade here is to emphasise that all Lebanese citizens have the right to take part.”

On Nov.22, 1943, Lebanon achieved independence after 23 years under a French mandate, following a wave of demonstrations that brought together the country’s Christians and Muslims.

A post-war accord sought to share out power between Lebanon’s various religious communities, but the country remained deeply divided along sectarian lines.

The demonstrations since last month have brought together people from different religious and political backgrounds, and given them hope of sweeping out a system they say is broken.

“It’s the first time Lebanese from all religious communities have protested en masse without a political party calling for it, and against all parties,” said 21-year-old university student Tamara.

“Previously, the politicians had been treading on our heads. Our pockets are still empty but we’ve found a new dignity,” she told reporters, before zipping back into the crowd.

A man carried his child on his shoulders, while an another woman joined in the rhythm, using a spoon and metal coffee pot.

Wajed, a 26-year-old activist, had said this year’s independence day would be different.

“We want to emancipate ourselves from the corrupt people governing us,” he said, his beard shaved short and a cap on his head.

Faced with such anger from the street, President Michel Aoun late on Thursday called for dialogue, saying it was “the only pertinent path to solving the crisis.”

To the south of Beirut, hundreds of protesters marched in a lush green valley to protest against the planned construction of a dam there.

Activists say the structure in Bisri would flood farms growing everything from strawberries to pomegranates, as well as a centuries-old church and possible Roman ruins.

They also fear the consequences of it being built on a seismic faultline.

The annual military parade along the seafront was cancelled and replaced by a smaller event at the defence ministry on Friday.

Wajed said the change was just the latest “victory” for protesters.

The street movement brought down the government last month, though a new cabinet has yet to be formed.

On Sunday, an independent candidate was elected head of the Bar Association, and two days later demonstrators prevented a parliament vote on a controversial amnesty law.

Two people have so far been killed during the protests, a far cry from the hundreds dead in similar demonstrations in Iraq.

Lebanese of all ages maintain hope they can draw the country out of endless political deadlocks and revive its crumbling economy. 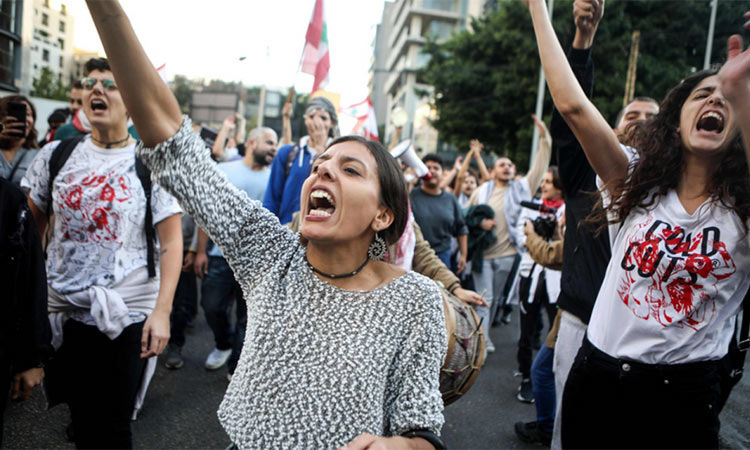 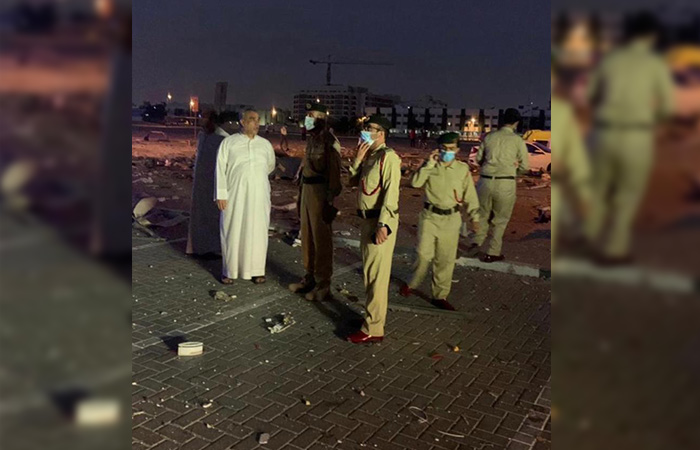 Gas leak causes explosion in a restaurant at Al Qusais

According to Brigadier Abdulhalim Al Hashimi, acting director of Al Qusais Police Station, no injuries were reported in the incident. However, two nearby shops, a pharmacy, a beauty salon, and three cars got damaged.