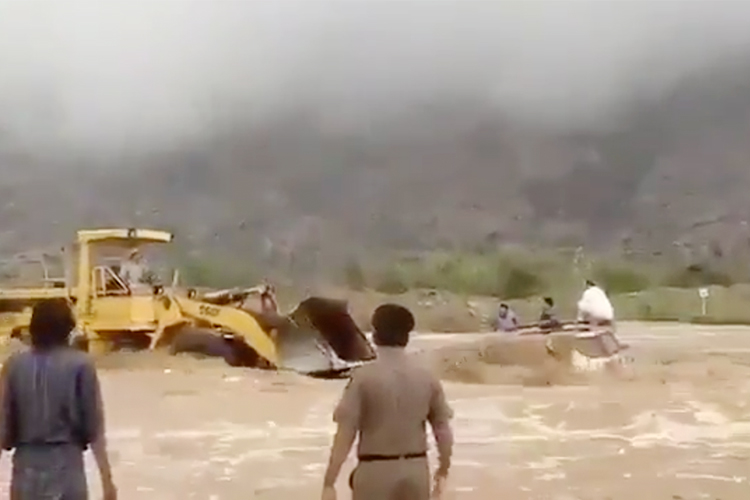 A video grab shows the bulldozer driver rescuing the 3 men.

A video of a massive bulldozer rescuing men trapped in the floods after heavy rain in Saudi Arabia went viral.

The video showed a large bulldozer rescuing three people from floods after the car they were travelling in was caught up in the streams.

The quick presence of mind of the driver saved their lives. The driver was seen driving into the streams to reach the three men. He then rescued them.

Netizens have heaped praise on the driver for his heroic efforts.

The General Authority of Meteorology and Environment Protection has forecast the stormy weather accompanied by active winds in the regions of Najran, Assir, Baha, Jazan, and the southern parts of Eastern province. 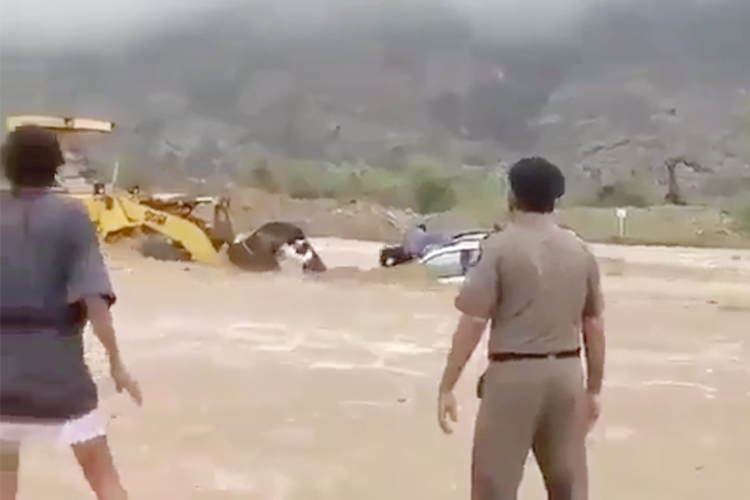 The bulldozer driver reaches out to the trapped men.

The Directorate of Civil Defence in Najran called on everyone to abide by safety instructions and take precautions, in the light of the reports of the Saudi weather body. 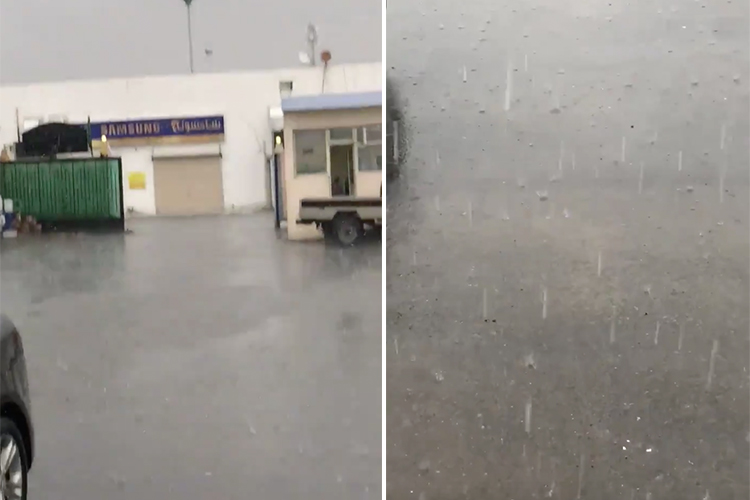 The Saudi region of Tabuk witnessed moderate to heavy rain, thunder and hailstorms that covered most of the governorate, villages, centers and suburbs.