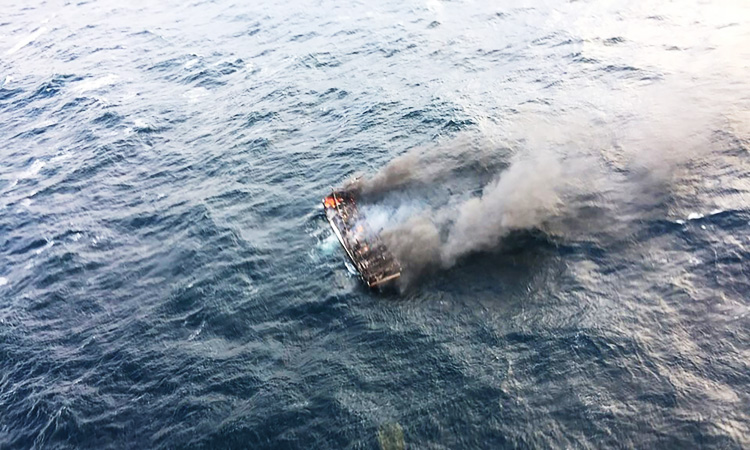 This photo shows a fishing boat in a smoke in waters near the southern island of Jeju, in South Korea on Tuesday. Coast Guard/ AP

One fisherman was killed and 11 others reported missing after their boat caught fire off South Korea's southern coast, authorities said on Tuesday.

Only one body — the badly burned corpse of a South Korean — had so far been recovered, a coast guard official told AFP.

Helicopters, a patrol plane, coast guard vessels and civilian fishing boats were involved in the search for the missing, the coast guard said, adding that the cause of the fire was under investigation. 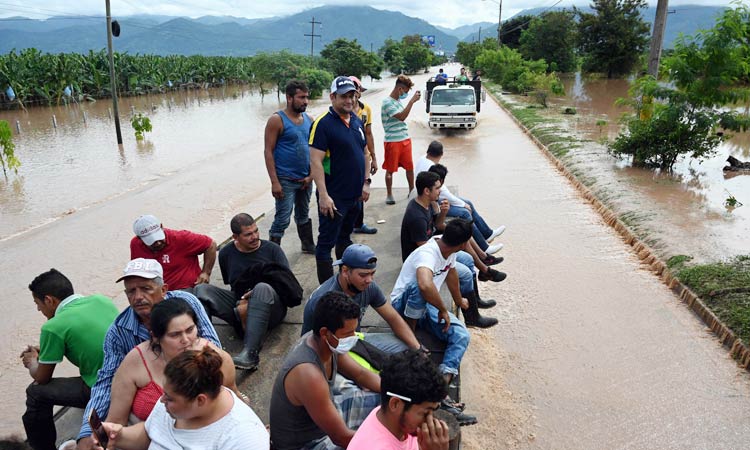 President Alejandro Giammattei said on Friday that, about 150 people have died or remain unaccounted for in Guatemala due to mudslides caused by powerful storm Eta, which devastated an indigenous village in the country’s north.