As part of its efforts to spread awareness among all community members and in particular students of the UAE, the Community Police Department of the Sharjah Police General Directorate organised a lecture on cybercrimes to raise awareness of students and parents of Fatima Al Zahra Primary and Secondary School For Girls.

The lecture was organised with the collaboration of the Parents and Students Council of Sharjah Education Council.

The lecture was given by Sergeant Rajaa Faisal, who presented a number of awareness-raising topics, such as video games that are of great interest to students and children, and the behaviour of students towards social media including all its pros and cons.

A detailed illustration of cybercrimes laws was also presented at the lecture.

The lecture is part of the ongoing awareness-raising lectures organised by the Community Police Department to fight all negative impact behaviours. During previous organised lectures, negative social impact of electronic cigarettes were explained to students of Al Shahba School for Basic Education.

However, the parents and students expressed their thanks and appreciation to the Sharjah Police General Directorate for the major role they play in raising awareness of all segments of the society in the UAE.  They finally praised the content of the given lecture that had a positive impact on each one of them.

Separately, the Sharjah Police Headquarters earned Dhs13,495,000 from a public auction of distinctive car number plates, held in cooperation with Emirates Auction, where plate 9 of category 3 topped the auction, sold for Dhs3,610,000, followed by plate 16, which brought in Dhs1,200,00. The auction was held at the Al Jawaher Reception and Convention Centre on Saturday.

Some 50 plates with two, three, and four digits were offered at the auction, in which plate number 88 came in third, selling for Dhs1,030,000, followed by 25, which sold for Dhs1,020,000, plate 343 for Dhs190,000, and plate 108 for Dhs170,000. The event was held in the presence of General Dr Ahmed Saeed Al Naour, Director-General of Central Operations at Sharjah Police; Abdullah Matar Al Mannai, Chairman and Managing Director of Emirates Auction, and officials from both sides. 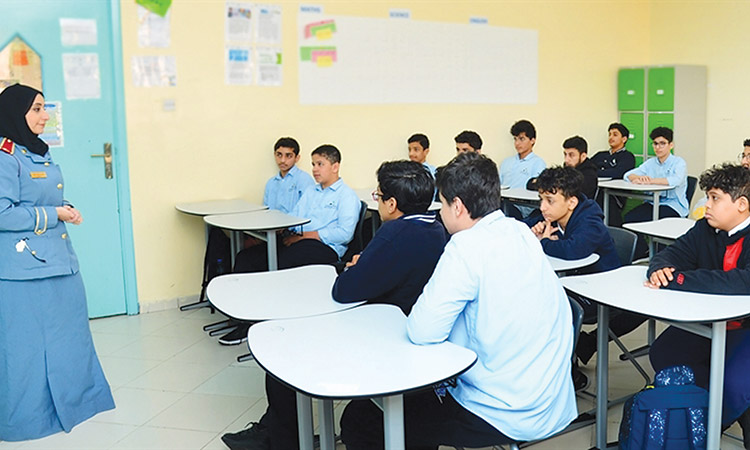 Out of Sharjah Police’s keenness to communicate with the students, listen to them and raise their awareness with regard to safety and security of them and the community, individuals from both the public relations and traffic departments visited a number of schools in Sharjah. 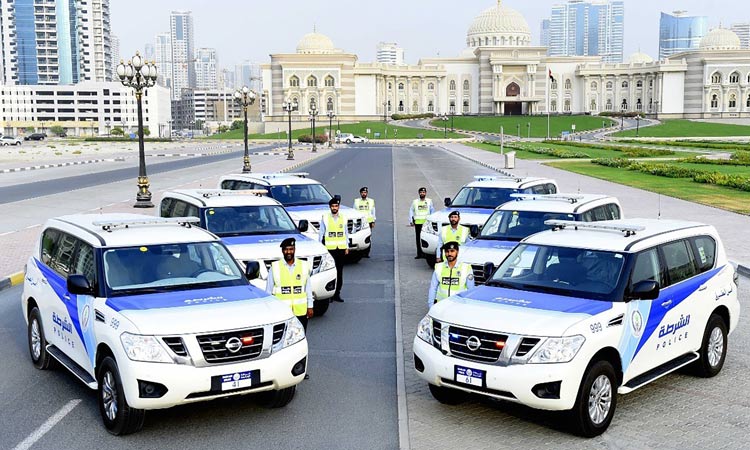