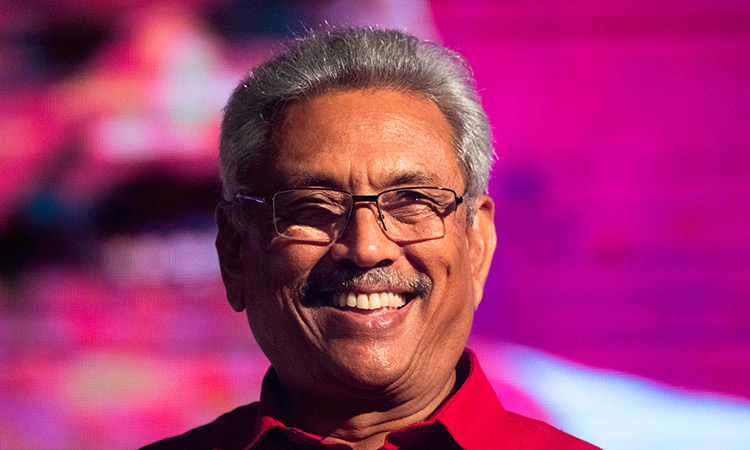 Rajapaksa conducted a nationalist campaign with a promise of security and a vow to crush religious extremism in the Buddhist-majority country following the April 21 suicide bomb attacks blamed on a homegrown militant group. 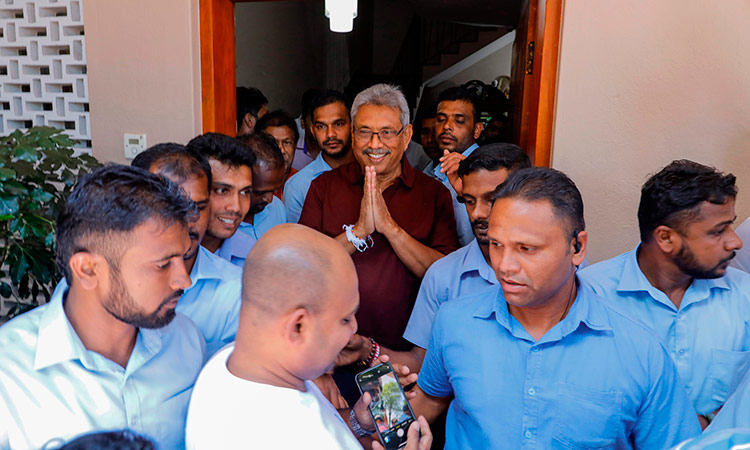 His triumph will, however, alarm Sri Lanka's Tamil and Muslim minorities as well as activists, journalists and possibly some in the international community following the 2005-15 presidency of his older brother Mahinda Rajapaksa.

Gotabaya, a retired lieutenant-colonel, 70, nicknamed the "Terminator" by his own family, romped to victory with 51.9 per cent of the vote, results from the two-thirds of votes counted so far showed. 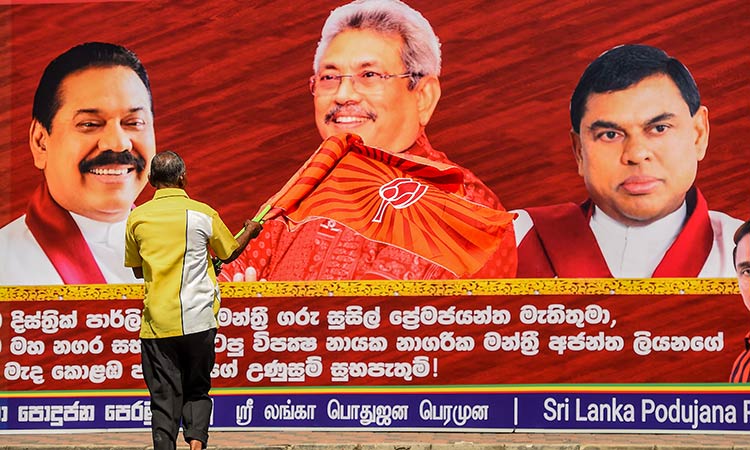 A supporter of presidential candidate Gotabaya Rajapaksa waves a flag in Colombo on Sunday. AFP

"I didn't sleep all night," said student Devni, 22, one of around 30 people who gathered outside Rajapaksa's Colombo residence. "I am so excited, he is the president we need."

Rajapaksa's main rival, the moderate Sajith Premadasa of the ruling party, trailed on 42.3 per cent, The 52-year-old conceded the race and congratulated Rajapaksa.

The final result was expected later on Sunday with Rajapaksa due to be sworn in on Monday. Turnout was over 80 percent.

Premadasa had strong support in minority Tamil areas but a poor showing in Sri Lanka's Sinhalese heartland, a core support base where Rajapaksa won some two-thirds of the vote. 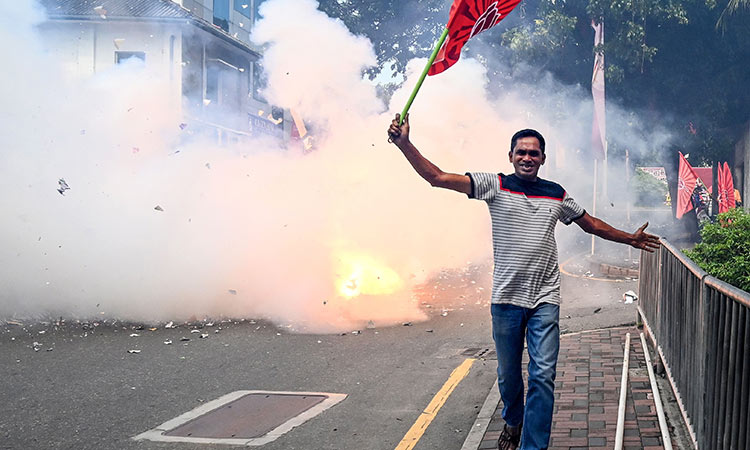 A supporter of presidential candidate Gotabaya Rajapaksa celebrates in Colombo on Sunday. AFP

Wickremesinghe's administration failed to prevent the April attacks despite prior and detailed intelligence warnings from India, according a parliamentary investigation.

Premadasa also offered better security and a pledge to make a former war general, Sarath Fonseka, his national security chief, projecting himself as a victim seeking to crush terrorism.

He is the son of assassinated ex-president Ranasinghe Premadasa who fell victim to a Tamil rebel suicide bomber in May 1993.

But Gotabaya is adored by the Sinhalese majority and the powerful Buddhist clergy for how he and Mahinda ended the war in 2009, when 40,000 Tamil civilians allegedly perished at the hands of the army.