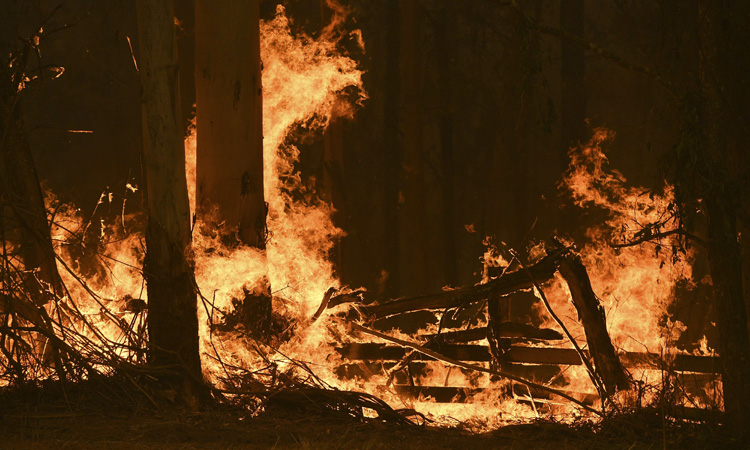 Flames burn as the fire front approaches homes at Nabiac, some 350kms north of Sydney on Friday. William West/ AFP

Dozens of wild fires burned across Australia’s east coast on Saturday and firefighters scrambled to shore up defences ahead of hotter weather expected next week.

The early arrival of fierce bushfires in the southern spring has already claimed several lives and destroyed nearly 300 homes over the past week.

There were 59 bush and grass fires in New South Wales as of Saturday morning, with 13 yet to be contained, according to NSW Rural Fire Service.

Firefighters strengthened overnight containment lines by back burning around the Gospers Mountain fire, which is blazing across more than 100,000 acres (156 square miles) near Sydney’s northwest outskirts. Back burns are fires deliberately lit to clear dry undergrowth. 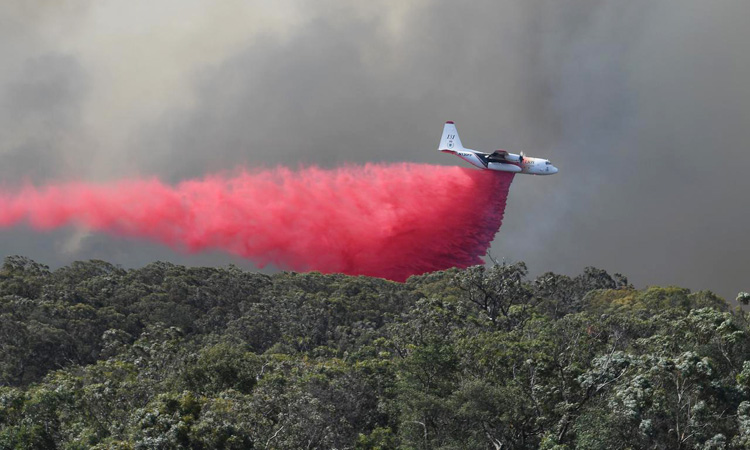 An air tanker drops fire retardant on the Gospers Mountain fire near Colo Heights, northwest of Sydney on Friday.

“This is important work which is being done ahead of worsening conditions next week,” the NSW Rural Fire Service said in a statement on social media.

Conditions are expected to deteriorate next week as temperatures are set to rise and no rain is on the horizon.

Most national parks on the mid-to-north coast of the state, including in the northern Blue Mountains will remain closed until further notice as fire danger remains very high to severe, NSW Office of Environment and Heritage said on Twitter.

NSW Police said in a statement that a 51-year-old man has been charged after allegedly lighting a fire which is now out of control in the state’s Northern Tablelands.

“Police will allege in court that the man lit the fire as an attempt to back burn for the protection of a cannabis crop and perceived benefit from recovery work after the fire and made no attempt to control the blaze,” the police said in a statement.

In New South Wales, four people have died and 259 homes have been destroyed over the past week.

The bushfire season has begun earlier than usual, in the southern hemisphere spring, and is expected to be long and brutal this year as a three-year drought has left broad swathes of Australia’s east and west more susceptible to fire.

In Queensland, there were six major fires on Saturday morning. Sixteen homes have been destroyed in the past week.

“Most of the state will experience high and very high conditions this weekend,” Queensland Fire and Emergency Services said on Twitter. “Keep on keeping on - we’ll get through this together.” 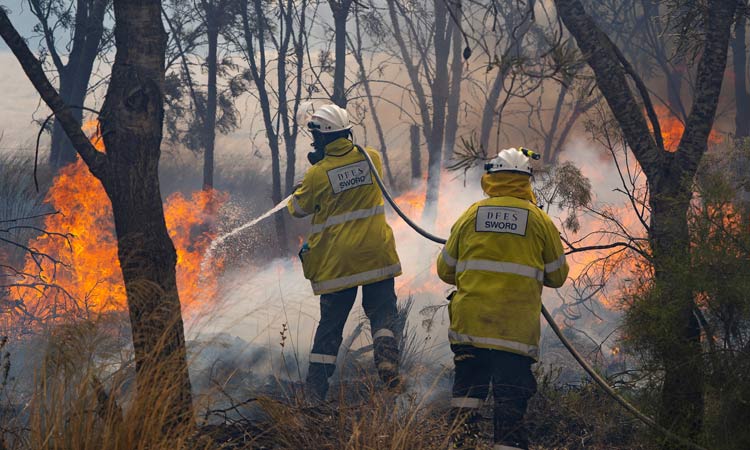