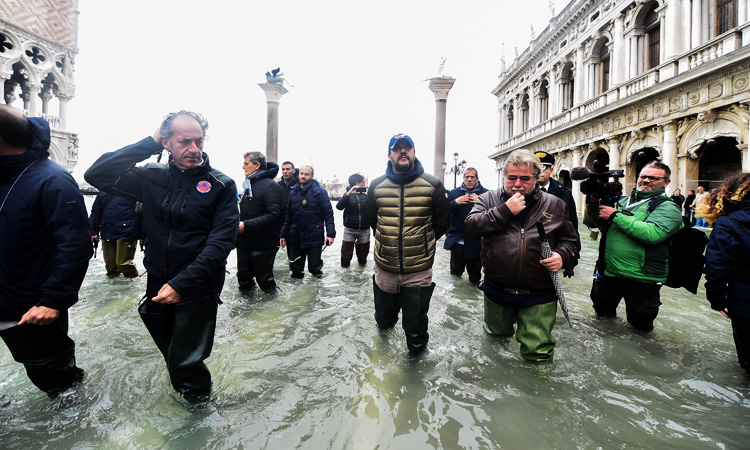 Venice braced for another devastating high tide on Friday morning as the lagoon city struggled with the wreckage left by the biggest surge of flood waters in 50 years earlier this week.

Authorities said they were expecting waters would rise again and peak at 160 cm - past the emergency level that sets off sirens in the streets.

“Another day of alert for Venice. The sirocco wind keeps blowing. I invite all ... to keep yourselves updated on the level of the water,” mayor Luigi Brugnaro said on Twitter. 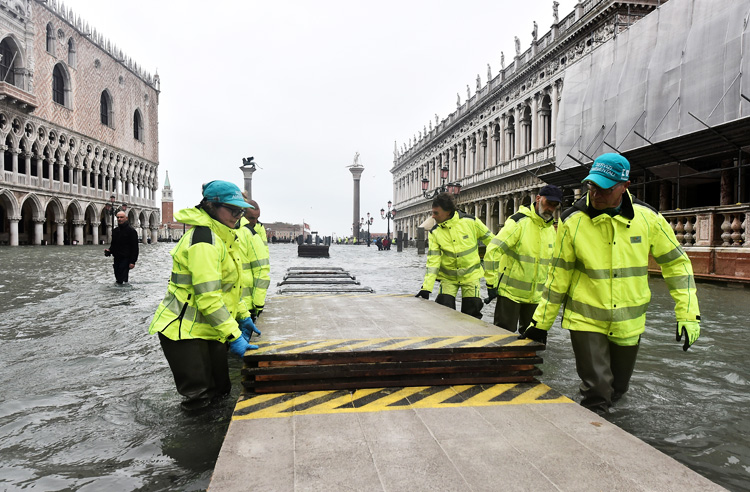 Workers dismantle a makeshift walkway over the flooded St. Mark's Square, as high tide reaches peak, in Venice on Friday.

Brugnaro blamed climate change when flood waters swept through the city on Wednesday, swamping its historic basilica and inundating squares and centuries-old buildings.

Levels were due to peak at 11.20am local time (1020 GMT) on Friday, then ease to 110-120 cm during the weekend, tide forecast centre CPSM Venezia said. In normal conditions, levels of 80-90cm are generally seen as high but manageable.

Shopkeepers tried to shore up their businesses on Saint Mark's Square on Friday morning - many said they had closed to customers 10 days ago when levels broke through the 110 cm threshold. 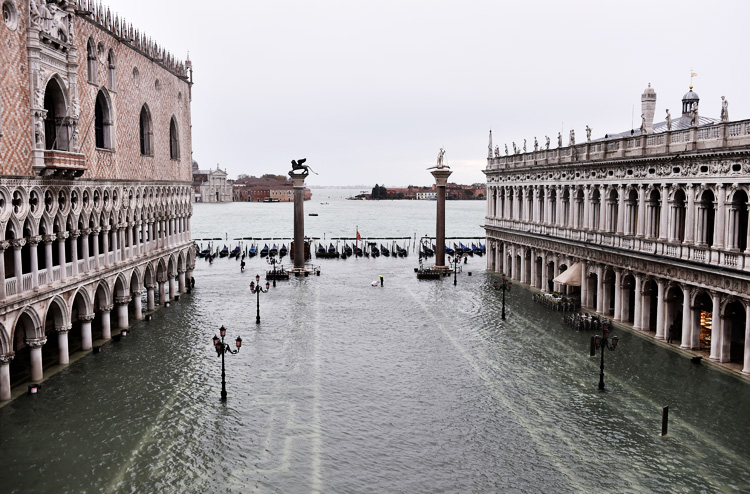 Snow was expected in the city of Belluno, in the northern part of the Veneto region, at the foot of the Dolomites, potentially aggravating the situation in Venice.

The national government declared a state of emergency for Venice on Thursday and allocated an initial 20 million euros ($22 million) to address the immediate damage.

The government will hold an extraordinary meeting on Nov.26 to discuss “governance and the structural problems of the city,” Prime Minister Giuseppe Conte said on Friday in an interview with daily Corriere della Sera. 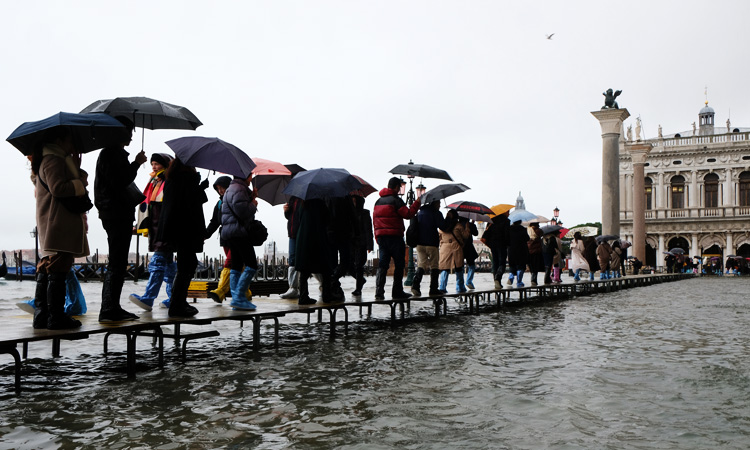 Venice was hit by the second highest tide recorded in the lagoon city on Tuesday, which flooded its historic basilica and left many of its squares and alleyways deep underwater. 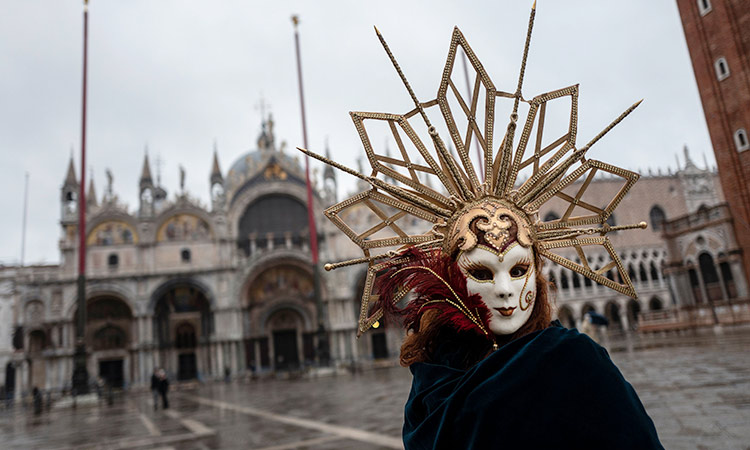 Venice carnival kicks off amid pandemic

Venice is among the areas now under a lower-risk "yellow" category — but residents are still not allowed to travel outside the region. 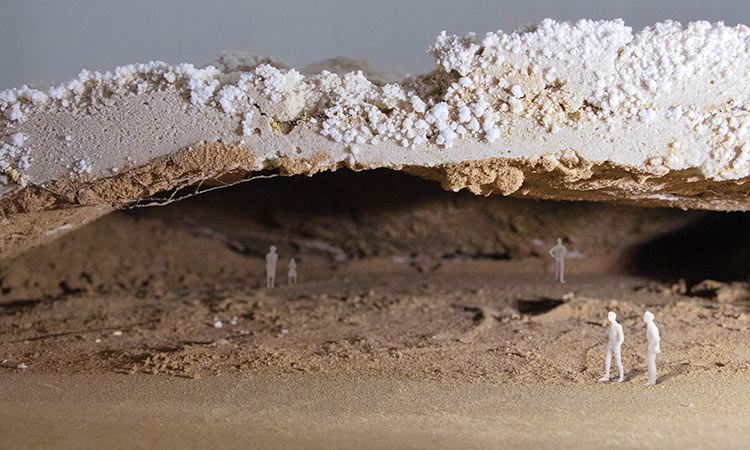 A supplementary volume edited and written by Aga Khan Award-winning architect Marina Tabassum will detail the journey of Al Awar’s and Teramoto’s research for the Wetland exhibition.