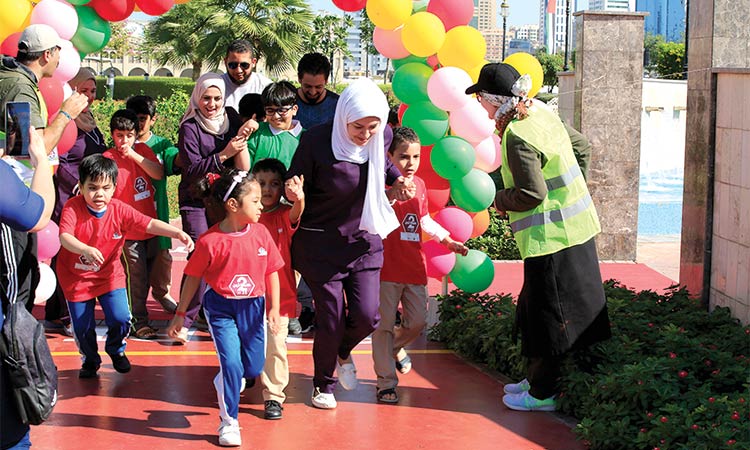 The event was held at Flag Island in Sharjah.

Jamil Khan, Senior Reporter
Around 5000 students from more than 35 schools around Sharjah have taken part in the day-long event ‘Childhood Thon’ held at Flag Island in Sharjah.

Besides students from mainstream schools, a large number of differently abled students also took part in the event organized by the Sharjah City for Humanitarian Services (SCHS). Students from schools belonging to Sharjah Private Education Authority and Sharjah Education Council along with their fellow students took part to mark the beginning of Early Intervention Week.

It is in conjunction with the Silver Jubilee of the official opening of SCHS Early Intervention Center in November 1994 by His Highness the Ruler of Sharjah and Prince Talal Bin Abdulaziz Al Saud, Former Head of the Arab Programme to Support United Nations Organizations.

With great excitement and enthusiasm, students participated under the supervision of 100 volunteers from SCHS, the University of Sharjah, the Roving Clan, and Emirates Knights for Volunteering, and Mothers of Council of Early Intervention Center in all sports and entertainment competitions. It included a simulation of disability in order to integrate and develop productive partnerships between SCHS and various community institutions in accordance with international best practices.

Fawzy has pointed out the importance of raising awareness of the issues of persons with disabilities and their right to integration and education.  He explained that the main purpose of organizing this event is to integrate children with disabilities, teach their non-disabled peers and the rest of society to accept differences and provide support when needed and treat the disabled with respect and appreciation.

He said, “The Early Intervention Centre offers educational, preventive and therapeutic interventions at an early stage, so parents should realize the importance of early intervention.” He called on parents to follow up with SCHS on regular basis to achieve the best results.

The activities of Early Intervention Week would continue until November 24, with a series of screenings in schools and kindergartens as well as many informative lectures.

The proposals under study include continuation of the distance learning system if the virus cannot be contained by then, combining direct and virtual education and full return of students to schools 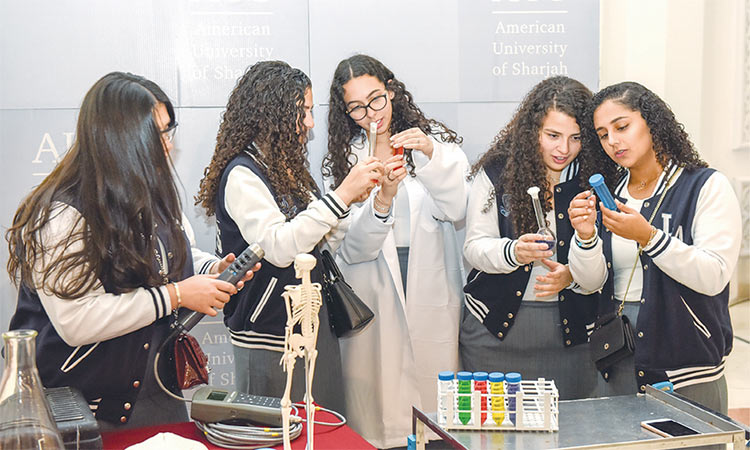 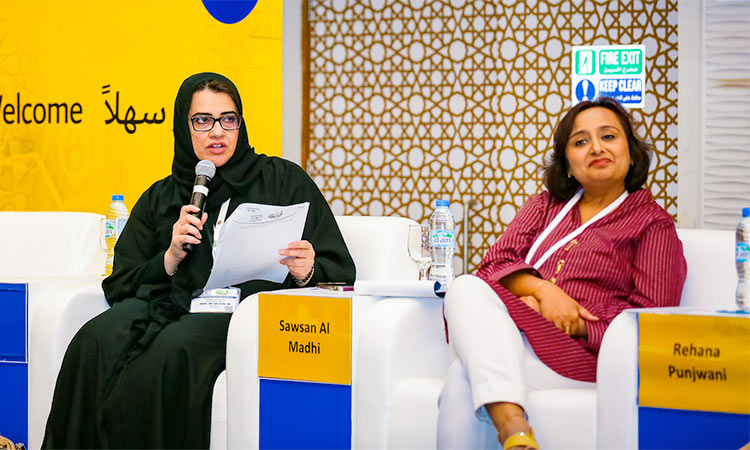 The 12th annual conference of the Childhood Cancer International (CCI) Asia, witnessed the active participation of Friends of Cancer Patients (FOCP), who were invited along with other leading healthcare professionals and members of the civil society, involved in the care of cancer in children, to collaboratively combat the disease, so that no child should die of cancer.

The total duration of teaching hours should not exceed five hours in a day and the minimum number of hours for daily classes should also not be less than 3 hours.