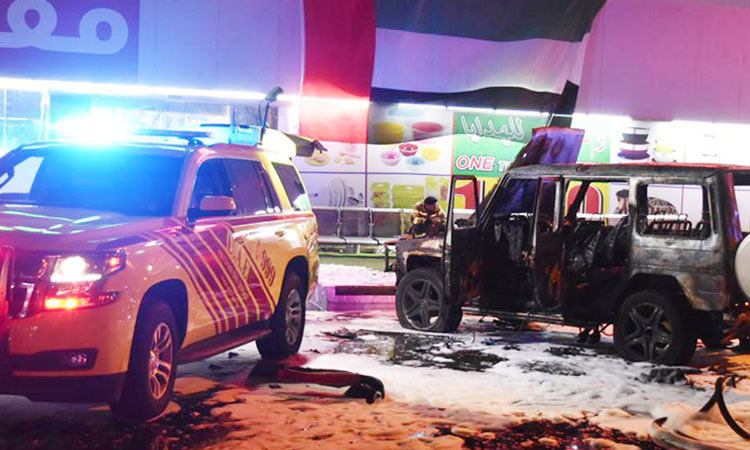 A view of the gutted vehicle in Abu Dhabi.

Two Emirati brothers, aged one-and-a-half and three years old, died after they were left in a car which caught fire on Wednesday.

The incident happened in the port area of Abu Dhabi.

Brigadier General Mohammad Suhail Al-Rashidi, Director of Criminal Security Sector, said that the Command and Control Centre received a report about a car on fire.

Rescue teams, along with ambulances, rushed to the site and dealt with the incident.

A police photo-release showed a charred SUV in the parking lot.

Brigadier Al-Rashidi warned of the dangers of leaving children alone in vehicles, pointing out that this has dangerous consequences.

Al-Rashidi stressed the keenness of Abu Dhabi Police to raise awareness among families and various segments of society.

The Police are calling on all parents to shoulder the responsibilities towards their children, to take precautions to avoid such accidents.