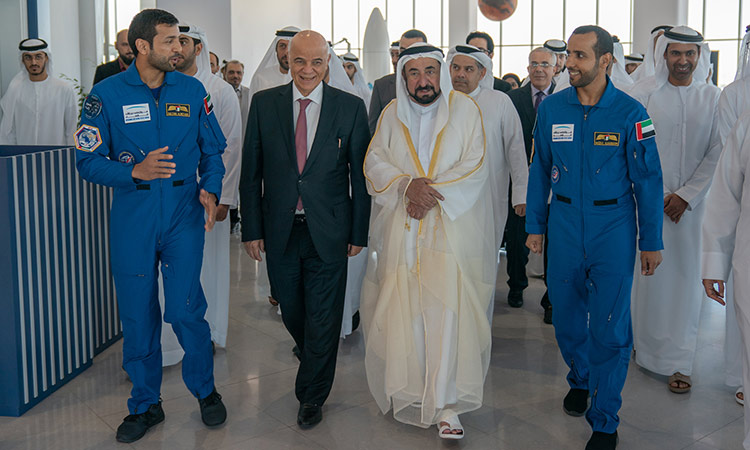 At the beginning of the meeting, Sheikh Sultan welcomed the astronauts and their accompanying delegation at SAASST, which is an academic platform to study and conduct scientific research in the fields of space and astronomy through a range of important scientific halls and laboratories.

Sheikh Sultan toured with the astronauts and attendees in the corridors of the Academy, which includes many scientific and astronomical exhibitions, and a large collection of unique meteorites being the largest, in terms of number in the world, where the collection consists of 8,000 pieces of meteorites of various types and sources.

Attendees were introduced to the most prominent activities and efforts carried out by the Academy through a detailed explanation about its scientific laboratories, experiments and studies, in addition to astronomical projects and scientific programs and the most prominent devices, observatories and Sharjah Planetarium modern. 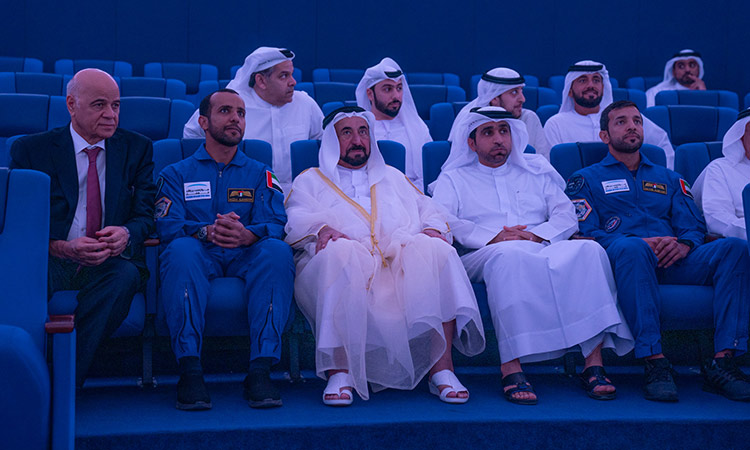 The audience showed a Documentary film named "Deen Al Qayima," written by the Ruler of Sharjah tells the story of how the universe was created by Allah Almighty from the moment of the Big Bang until the end of the universe.

It also tells the story of the Prophet Muhammad (PBUH). Sublimed by including Quranic verses, the scenes of the documentary are consistent with the latest cosmological research findings.

The UAE astronauts appreciated the reception of Sheikh Sultan, and his support and interest in space science through the Academy, which will enrich scientific research on the fields of space and will contribute to the establishment of astronauts and researchers.

The astronauts presented a set of souvenirs to Sheikh Sultan in recognition of his unlimited reception and support.