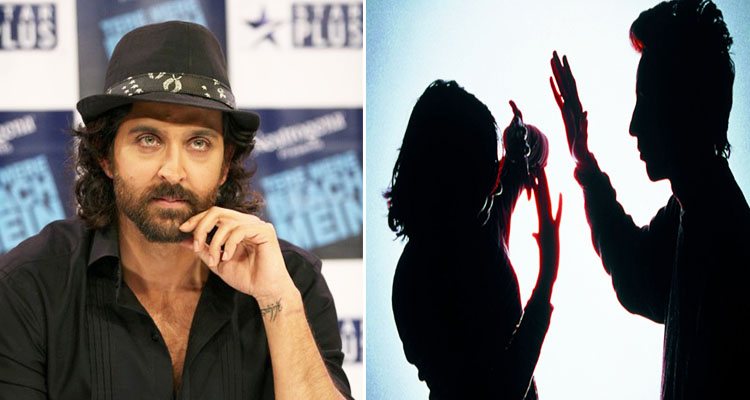 This combination photo shows Hrithik Roshan and an illustrative image.

A man who stabbed his wife to death and hung himself from a tree was "insanely jealous" of his wife's fascination with Hrithik Roshan, media reports cited her friends as saying.

Dineshwar Budhidat, 33, flew "into fits of rage" before the tragedy on Friday over Donne Dojoy, 27, liking the actor, her friends told the New York Post.

Hrithik calls himself student on sets of Super 30

"She told me when she was at home watching a movie or listening to a song (with Roshan in it), he would ask her to take it off because he would get so jealous," the Post quoted her friend Mala Ramdhani, 52, a karaoke singer at a lounge where Dojoy was a bartender.

Budhidat, who married her in July, had a history of violence against his wife and she had a court order protecting her from him after he had been arrested for slapping and strangling her, according to the New York Daily News.

However, she visited him in his flat on Friday, when the tragedy struck, according to the News.

"I guess she wanted to give him another chance," Dojoy's sister, Fannita Barakat, told the newspaper.

Media quoted police sources as saying that after stabbing Dojoy, Budhidat told a relative by phone about it and then went and hung himself from a tree in a nearby park.

Andel Rodney, a chef at the bar and a friend of Dojoy told the Post that Budhidat was jealous of her and "she talked about him abusing her, controlling her, beating her, scaring her, threatening to kill her."

Her cousin Anthony Dojoy said: "It has to be jealousy, because there's nothing else - she's sincere, genuine, honest."