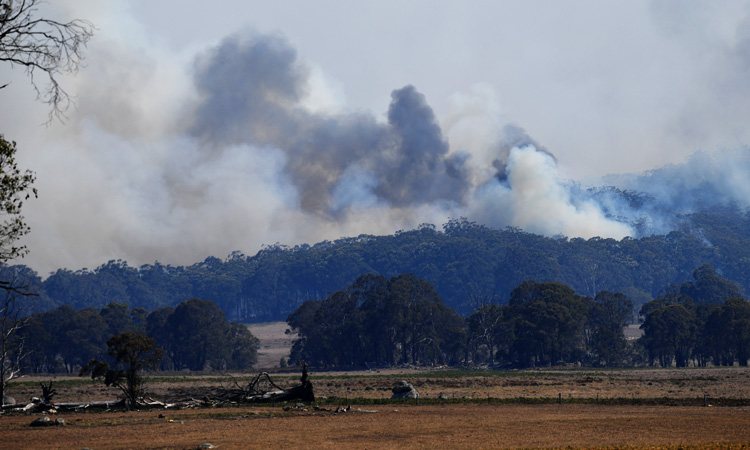 Smoke from a large bushfire is seen outside Wytaliba, near Glen Innes, Australia on Sunday. Dan Peled/ Reuters

A state of emergency was declared on Monday and residents in the Sydney area were warned of “catastrophic” fire danger as Australia girded for a fresh wave of deadly bushfires that have ravaged the drought-stricken east of the country.

For the first time, Australia’s largest city and the surrounding area faced the highest level of fire warning — with authorities cautioning that “lives and homes will be at risk.”

“There is nothing built or designed to withstand the sorts of conditions that you can expect under catastrophic” conditions, said Shane Fitzsimmons, commissioner of the rural fire service for New South Wales state, which encompasses Sydney. 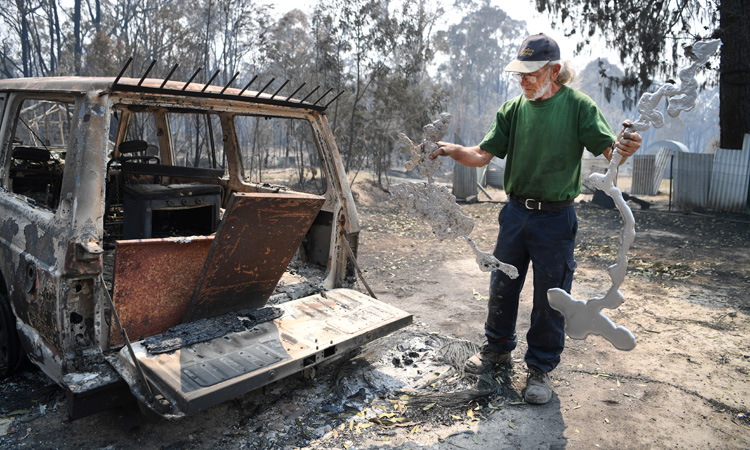 Thomas Eveans holds melted aluminium as he inspects the remains of his house which was destroyed by a bushfire in Torrington, near Glen Innes.

Three people have already died, thousands been displaced and more than 150 homes have been destroyed by dozens of out-of-control blazes in the north of the state.

In the last few months, roughly 11,000 square kilometres — an area larger than size of Jamaica or Kosovo — has been scorched, according to the New South Wales fire service.

Conditions eased on Monday and some residents were able to return home, although a haze lingered over many fire-hit regions.

But winds and temperatures are expected to pick up again on Tuesday.

The Blue Mountains to Sydney’s west, the wine-producing Hunter Valley to the north as well as the Illawarra region to the city’s south are expected to be the hardest hit.

There, total fire bans have been put in place, some schools will be closed and residents are being warned to avoid bushland.

In the town of Rainbow Flat, emergency services were cutting down trees and trying to open roads to get livestock out of the potential path of the blazes.

“Tomorrow is about protecting life, protecting property and ensuring everybody is safe as possible,” said Berejiklian.

Months of drought have sapped moisture from the earth and vegetation across much of eastern Australia, creating dangerous conditions for the outbreak and spread of wildfires.

Many fires have been burning since October, which according to Paul Read, an expert at Monash University, was “much earlier than usual and will get worse as summer gets closer.”

As well as the direct risk from fire, Read said there will be a broader risk associated with smoke haze.

“An air quality index (AQI) above 300 is considered hazardous to everybody, not just the vulnerable,” he said, adding that level has already be breached in multiple locations, including Sydney. 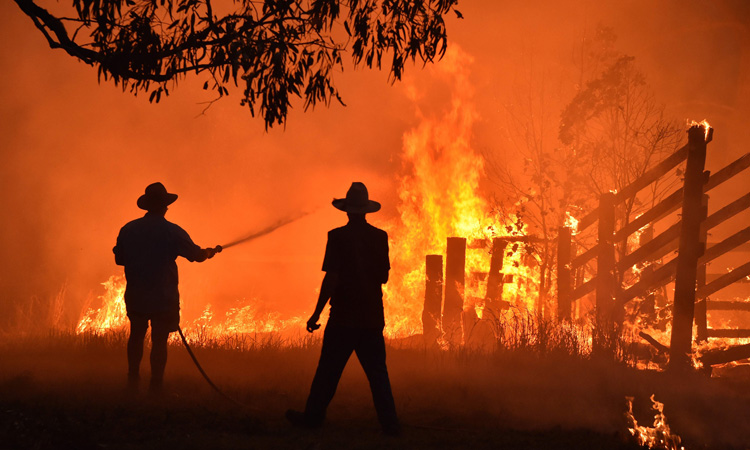 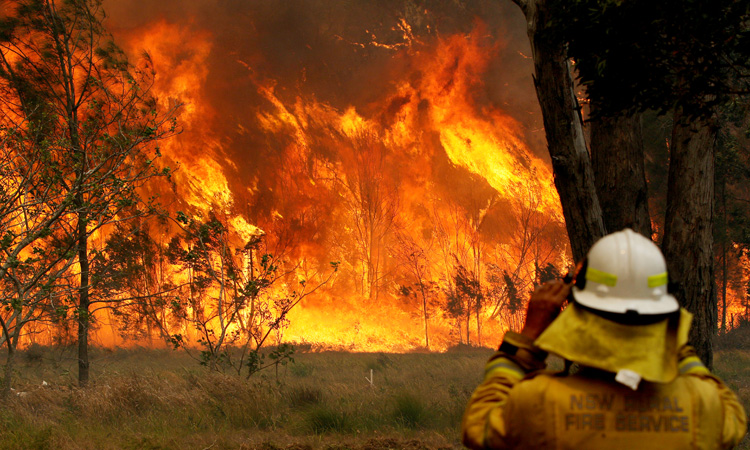 Australia braced on Friday for strong winds that could whip up bushfires in two states over the weekend and add to a toll of more than 270 homes destroyed and 2.5 million acres 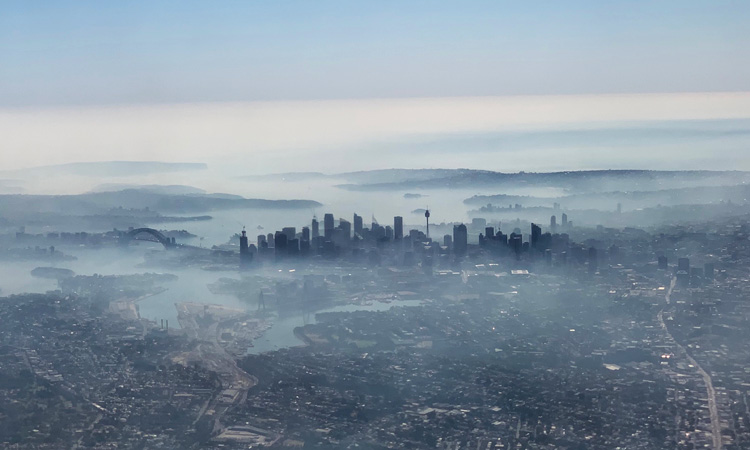