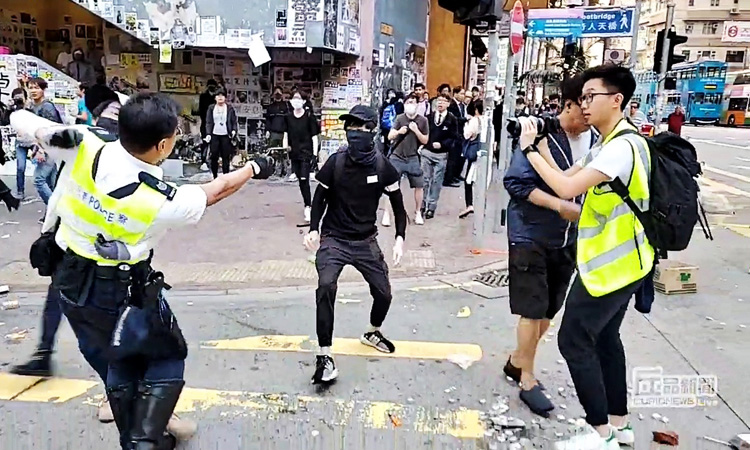 A still image from a social media video shows a police officer aiming his gun at a protester in Sai Wan Ho, Hong Kong on Monday. Reuters

At least one protester was hit after Hong Kong police opened fire on Monday, as chaos erupted during mass demonstrations. Local media in Hong Kong reported that the incident had taken place in the eastern side of the island.

Hong Kong protesters to rally in support of Catalan activists

Footage showed a police officer shooting a protester at close range. The man is now in critical condition. Security forces cracked down on an early morning protest. 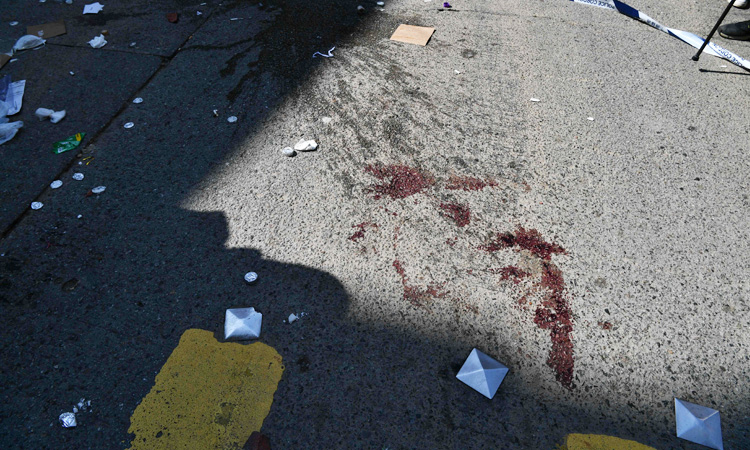 A blood scene at the site where a pro-democracy protesters was shot by a policeman in Hong Kong on Monday.

Reuters could not immediately authenticate the footage.

The Hospital Authority told Reuters a 21-year-old man suspected to have been wounded during the incident in Sai Wan Ho on Hong Kong island was admitted to hospital on Monday and was undergoing an operation.

Cable TV reported that the unidentified protester was in a stable condition.

A Reuters witness said police later fired tear gas in the same area where the protester was shot. 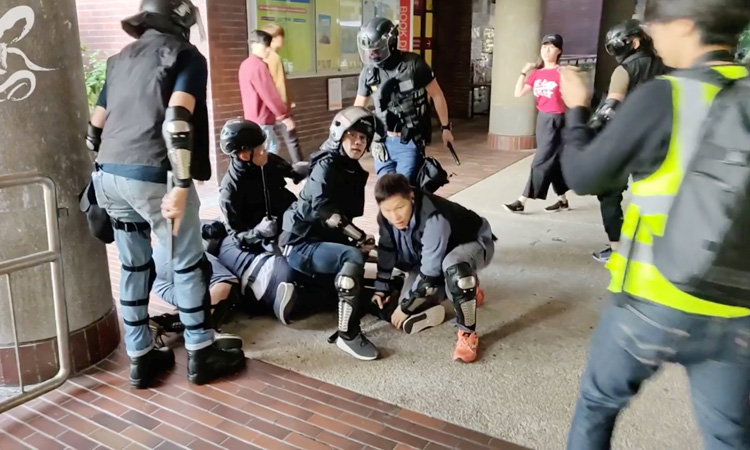 Riot police detain a protester at the campus of the Hong Kong Polytechnic University in Hong Kong.

Police said in a statement radical protesters had set up barricades at multiple locations across the city and warned the demonstrators to “stop their illegal acts immediately.”

They did not comment immediately on the apparent shooting.

Anson Yip, a 36-year-old Sai Wan Ho resident, said protesters were throwing rubbish to create a road block when police, possibly from the traffic department, ran to the scene.

“They didn’t fight and the police ran and directly shot. There was three sounds, like ‘pam, pam, pam’,” Yip said.

“They (the protesters) are against the government, that’s why the police just shot them,” he said.

A 24-year-old man, one of several office workers gathered at the scene after the shooting, said: “When I arrived the road was blocked and people were yelling at the police, calling them murderers.” The man gave only his surname of Wing.

Police have previously shot an 18-year-old protester and a 14-year-old, both of whom survived. 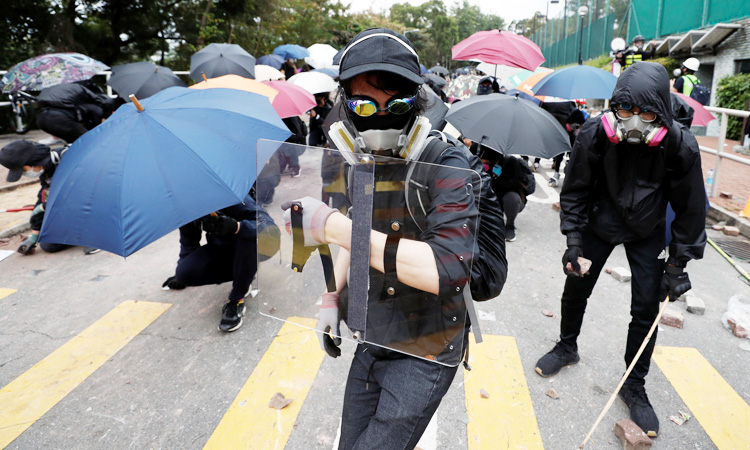 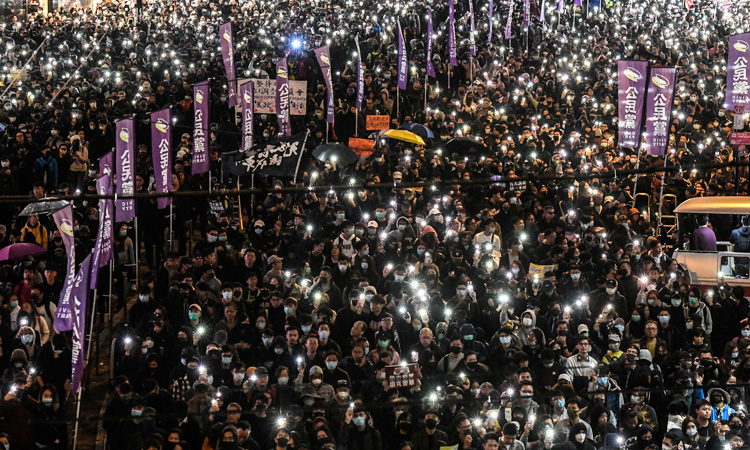