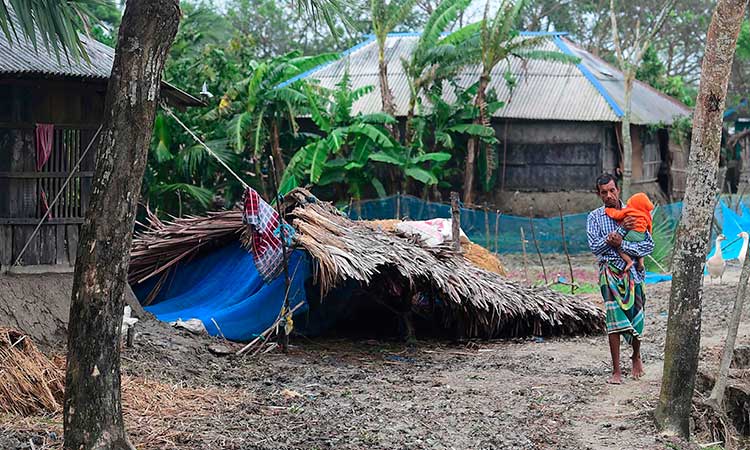 A man walks past a house destroyed after cyclone Bulbul hit the area in Koyra, Bangladesh. AFP

The death toll from a cyclone that barrelled into the coasts of Bangladesh and India has risen to 24, authorities said on Monday, as the two nations assess the scale of devastation wreaked by the powerful storm. 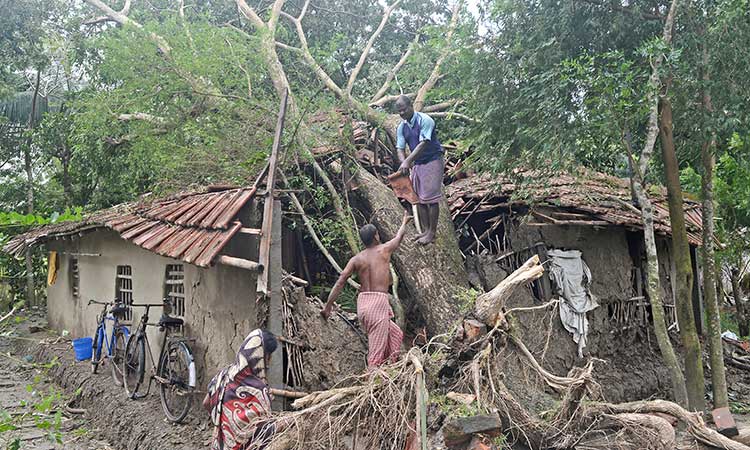 Men try to clear the debris from their damaged house after Cyclone Bulbul hit the area in Namkhana, India. Reuters

Cyclone Bulbul, packing winds of up to 120 kilometres per hour (75 mph) when it hit late Saturday, killed 12 people in Bangladesh — 11 from falling trees — and 12 in India's West Bengal and Odisha states.

The cyclone weakened as it tracked inland.

The Sundarbans — the world's largest mangrove forest which straddles the two nations and is home to several endangered species — shielded the coast from the storm's full impact, officials added. 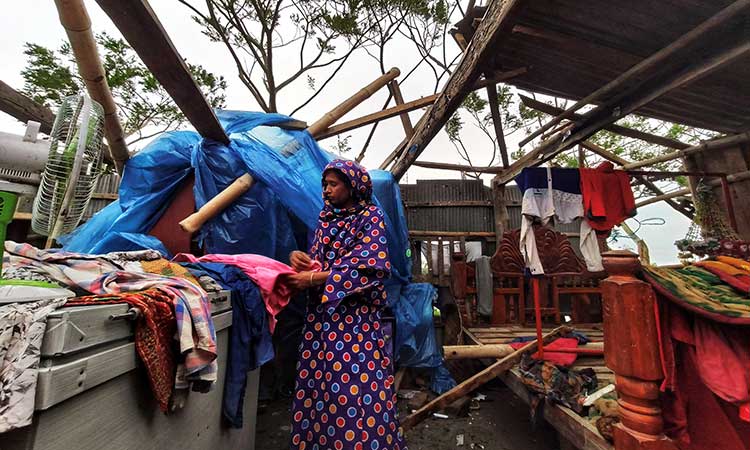 A woman is seen inside her damaged house after Cyclone Bulbul hit the area in Khulna, Bangladesh. Reuters

Bangladesh's low-lying coast, home to 30 million people, and India's east are regularly battered by cyclones that have claimed the lives of hundreds of thousands of people in recent decades.

While the storms' frequency and intensity have increased — partly due to climate change — the death tolls have come down because of faster evacuations and the building of thousands of coastal shelters.