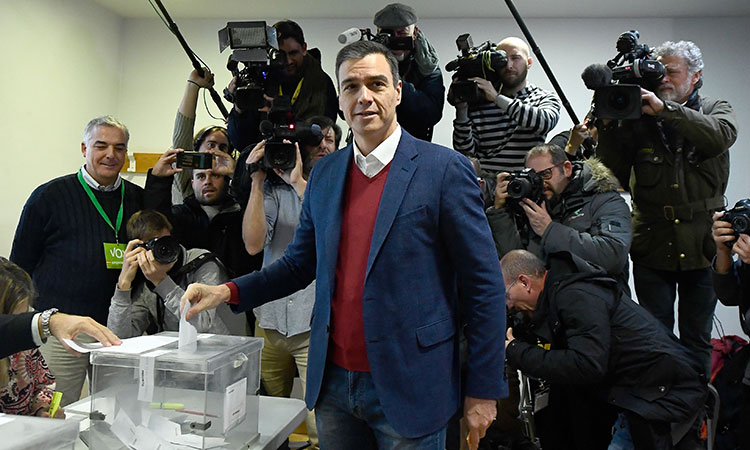 Spain voted on Sunday in its fourth general election in as many years amid heightened tensions over Catalonia's separatist push, an issue that has fuelled a surge in support for upstart far-right party Vox.

The repeat polls were called after Prime Minister Pedro Sanchez failed to secure support from other parties following an inconclusive election in April which saw his Socialist party win the most votes, but no working majority in parliament.

Opinion polls however suggest this new election will fail to break the deadlock. Neither the left nor the right look likely to win a ruling majority in Spain's 350-seat parliament. 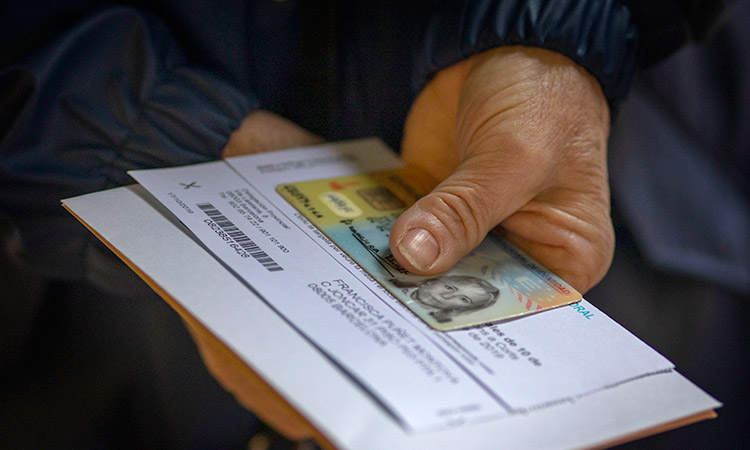 A woman holds her documents before casting her vote for the general election in Barcelona, Spain, on Sunday. AP

The Socialists look set to finish top again, but with slightly fewer seats than the 123 they picked up in April. The main opposition conservative Popular Party (PP) may also strengthen their parliamentary presence.

But the most striking development could be the rise of the far-right Vox party, which might even jump to third-largest in parliament, according to recent polling.

The election comes as Spain finds itself increasingly polarised by the Catalan crisis, which has deepened in recent weeks.

Less than a month ago, Spain's Supreme Court sentenced nine Catalan separatist leaders to lengthy jail terms over their role in a failed 2017 independence bid, sparking days of angry street protests in Barcelona and other Catalan cities that sometimes turned violent.

More than 600 people were injured in the protests, which saw demonstrators torching barricades and throwing stones and Molotov cocktails at police.

Sanchez said Madrid had sent a "significant" number of security forces to the northeastern region to ensure the unrest did not disrupt voting in Catalonia.

During a TV election debate PP leader Pablo Casado called for a "real government that will put order in Catalonia".

But the toughest line against the Catalan separatists has come from Vox leader Santiago Abascal. 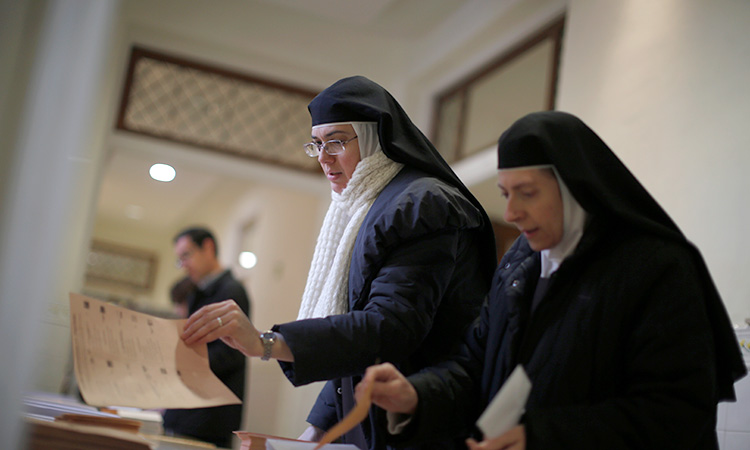 Nuns pick ballot papers to vote for the general election in Madrid, Spain, on Sunday. AP

"Drastic solutions are needed," he said during his final campaign rally on Friday night in Madrid.

He then repeated his pledge to end the Catalan crisis by suspending Catalonia's regional autonomy, banning separatist parties and arresting its regional president, Quim Torra, who has vowed to continue the secession drive.

The crowd responded by chanting "Torra to the dungeon".

At the rally, Ana Escobedo said she has voted for the PP in the past but was drawn to Vox because of its hard line on Catalonia as well as illegal immigration.

"I think we heed to take a heavy hand," she said.

Vox won 24 seats in parliament in the last election in April, in the first significant showing by a far-right faction since Spain's return to democracy following the death of dictator Francisco Franco in 1975.

This time Vox could double that number, polls suggest.