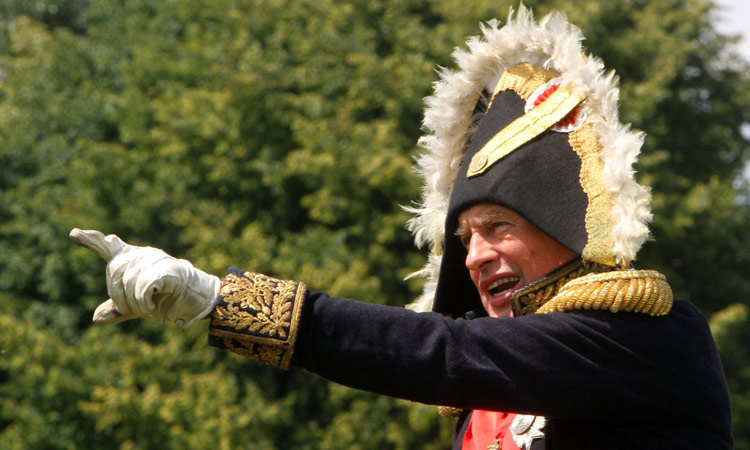 This file photo taken on June 23, 2012 shows Oleg Sokolov giving orders to his troops, on the banks of the river Neman in Kaunas, as he plays Napoleon Bonaparte. AFP

Saint Petersburg: A prominent Saint Petersburg-based Napoleon expert has confessed to murdering his young lover and former student and dismembering her body in a grisly crime that sent shock waves across Russia.

Oleg Sokolov, a 63-year-old history lecturer who received France's Legion d'Honneur in 2003, was arrested on Saturday on suspicion of murder after he was hauled out of the icy Moika River with a backpack containing a woman's arms.

"He has admitted his guilt," Sokolov's lawyer Alexander Pochuev said, adding he regretted what he had done and was now cooperating. 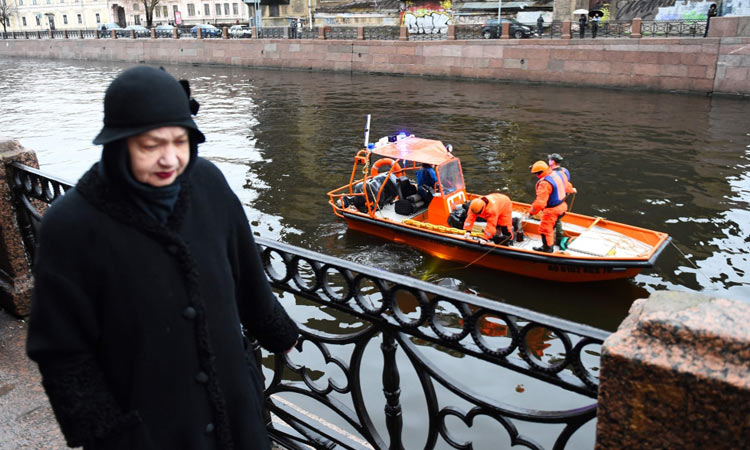 A pedestrian walks past emergency rescuers and police investigators as they conduct searches on the Moika River, following the murder of a woman that implicates Oleg Sokolov. AFP

Sokolov was reportedly drunk and fell in as he tried to dispose of body parts.

After disposing of the corpse he reportedly planned to commit suicide at the Peter and Paul Fortress, one of the former imperial capital's most famous landmarks, dressed as Napoleon.

He told investigators that he shot and killed his lover during an argument and then sawed off her head, arms and legs, local media reported.

Pochuev suggested Sokolov may have been under stress or emotionally disturbed.

"He is an elderly person," he said, adding he was being treated for hypothermia in a hospital.

Police discovered the decapitated body of Anastasia Yeshchenko, 24, with whom Sokolov had co-authored a number of works, and a blood-stained saw at his home.

The historian, who also taught at Sorbonne University, is the author of books on French emperor Napoleon Bonaparte. He acted as a historical consultant on several films and took part in historical re-enactments of Napoleonic wars. Both he and his lover studied French history and liked to wear period costumes, with Sokolov dressing up as Napoleon.

Students described Sokolov as both a talented lecturer who could impersonate the French emperor and his generals and a "freak" who called his lover "Josephine" and liked to be addressed as "Sire." "What happened is simply monstrous," a Saint Petersburg State University lecturer told AFP. 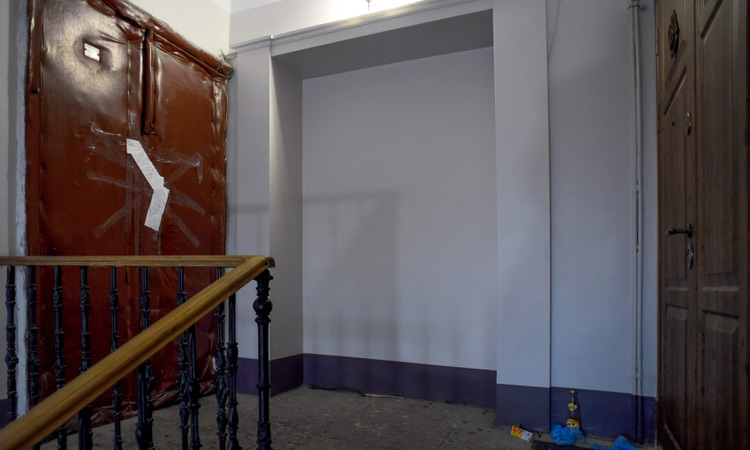 Speaking on condition of anonymity, he said Sokolov was dedicated to his work but was also emotionally unstable and abused alcohol.

His former student, Fyodor Danilov, said Sokolov was regarded as one of the university's best lecturers but an eccentric man who at times yelled in French.

His relationship with Yeshchenko was an open secret, he said. "But everyone was fine with that, it was her own business," he told AFP.

Many expressed dismay, saying Sokolov had long been known for his hostile behaviour but officials had ignored complaints.

Vasily Kunin, who studied with the victim, blamed the university management. "They did not pay attention to certain things," he said.

"There was a certain policy of hushing things up."

Media reports said that Sokolov also beat up and threatened to kill another woman in 2008 but was never charged.

On Twitter, screenwriter Andrew Ryvkin said Sokolov was one of his lecturers, describing the Saint Petersburg-based university as a place where "alcoholics" and "anti-Semites" felt at ease. 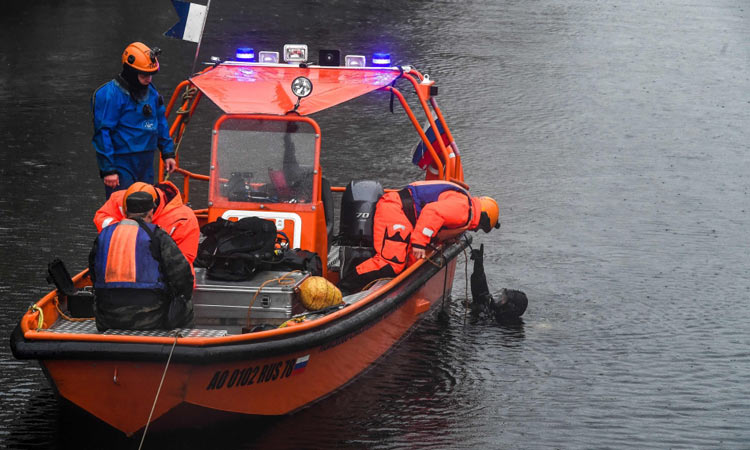 Emergency rescuers and police investigators conduct searches on the Moika River, following the murder of a woman that implicates Sokolov. AFP

Sokolov was a senior member of the Russian Military-Historical Society headed by Culture Minister Vladimir Medinsky.

The organisation immediately sought to distance itself from the controversy.

In 2003, Red Star, the official newspaper of the defence ministry, gushingly described Sokolov as a "serious historian" whose works were published in France.

Sokolov was also a member of Lyon-based Institute of Social Science, Economics and Politics (ISSEP).

On Saturday the society announced that he had been stripped of his position on its scientific committee.

"We learn with horror about the atrocious crime of which Oleg Sokolov is allegedly guilty," it said in a statement.

ISSEP was founded by Marion Marechal, the niece of Marine Le Pen, leader of the far-right National Rally party.