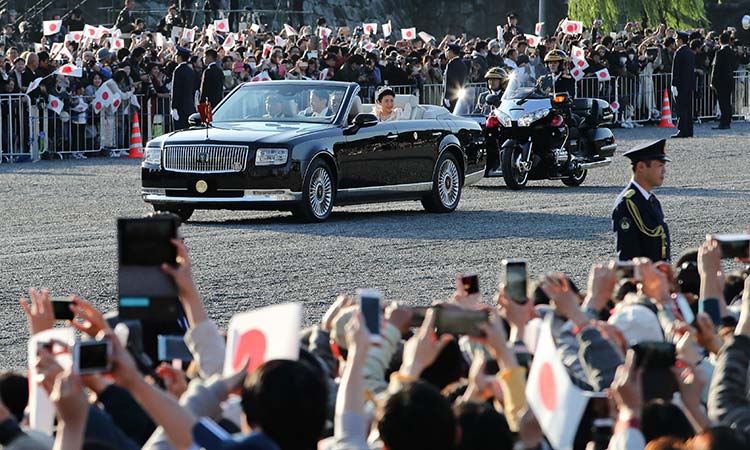 People cheer as the motorcade of Japanese Emperor Naruhito leaves the Imperial Palace in Tokyo on Sunday. AFP

Japanese Emperor Naruhito and Empress Masako rode through central Tokyo on Sunday in a motorcade to mark this year's imperial succession as well-wishers waved national flags and held up mobile phones for snapshots of the smiling royal couple.

Emperor Naruhito, 59, acceded to the throne in May after his father, Akihito, became the first monarch to abdicate in two centuries.

The parade was originally due to take place on Oct. 22, when the emperor officially proclaimed his enthronement before dignitaries from about 190 countries, but it was postponed as Japan grappled with the aftermath of a devastating typhoon.

Under a cloudless blue sky, Emperor Naruhito and Empress Masako, Harvard-educated former diplomat, waved from an open-top Toyota Century limousine, which cruised through streets lined with spectators and police. 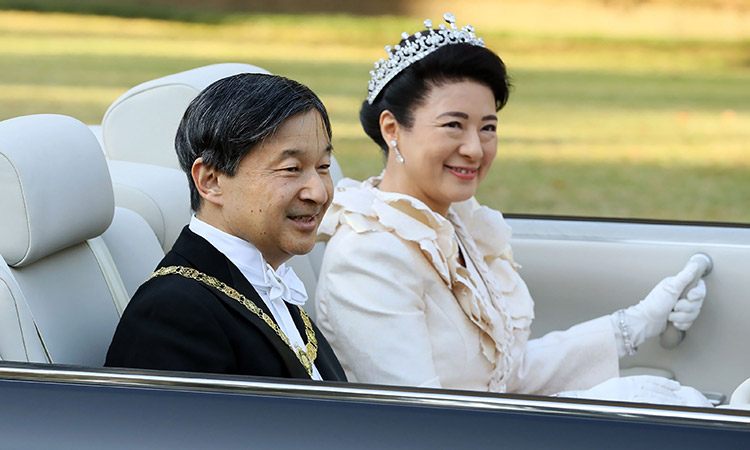 The emperor wore a tailcoat and Empress Masako a white dress and a tiara that sparkled in the sunshine. It was a stark contrast from last month's enthronement ceremony, in which both wore traditional robes.

Empress Masako appeared moved. Japanese media reported she appeared to wipe away an emotional tear during the 4.6-kilometre (2.9 miles) ride.

Tens of thousands of spectators from across the country gathered along the route, which was packed many rows deep with cheering, flag-waving well-wishers. The government estimated some 119,000 people attended, public broadcaster NHK said.

Some began queuing on Saturday to ensure a good vantage point on the route.

"To witness this historical moment with my own eyes and to see the smile of the emperor and empress, I wanted to be in the front," said Hiyori Okazaki, who queued from late on Saturday in front of the Imperial Palace.

Toshiko Ito, who visited Tokyo with her husband for the procession, said she was thrilled to see the couple.

"Emotion welled up and I was so happy that I was about to cry," she said.

About 16.1 billion yen ($147 million) has been earmarked for succession-related ceremonies throughout the year, including Sunday's parade, up 30% from Akihito's succession three decades ago. 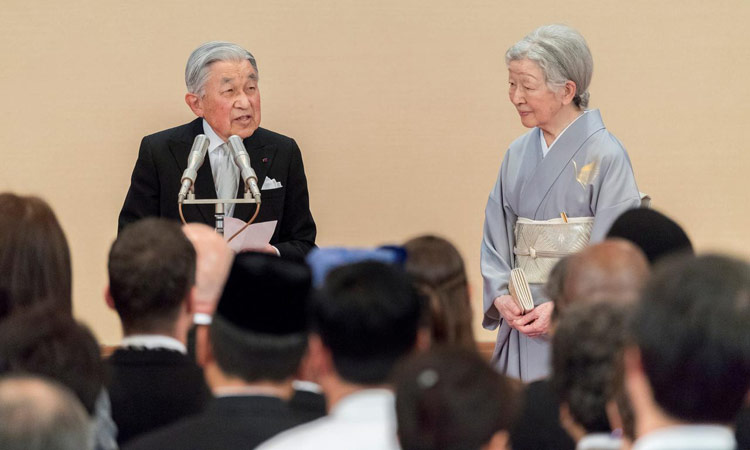 Japanese Emperor Aikihito and Empress Michiko celebrated their Diamond anniversary on Wednesday, marking six decades of a marriage that helped modernise the monarchy.