Australians warned worst bushfires may be yet to come - GulfToday 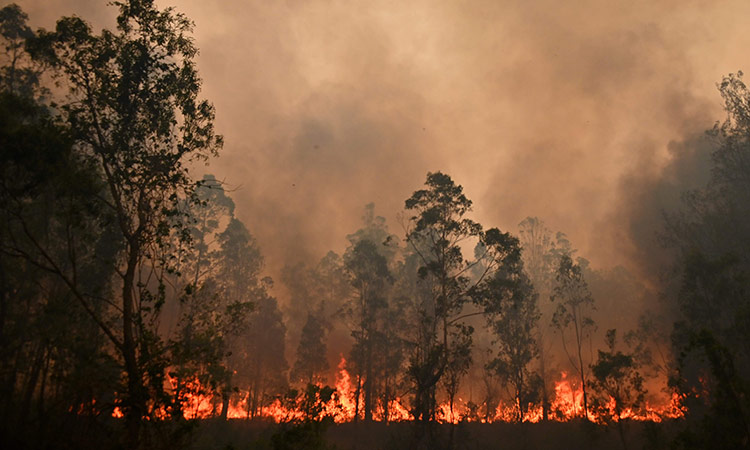 A fire rages in Bobin, 350km north of Sydney on Sunday. AFP

Firefighters in eastern Australia on Sunday rushed to prepare for "bad, if not worse" conditions expected in the coming days after ferocious bushfires devastated communities.

Authorities were assessing the damage on Sunday, with more than 100 fires still burning across New South Wales and Queensland, including several blazes that remained out of control. 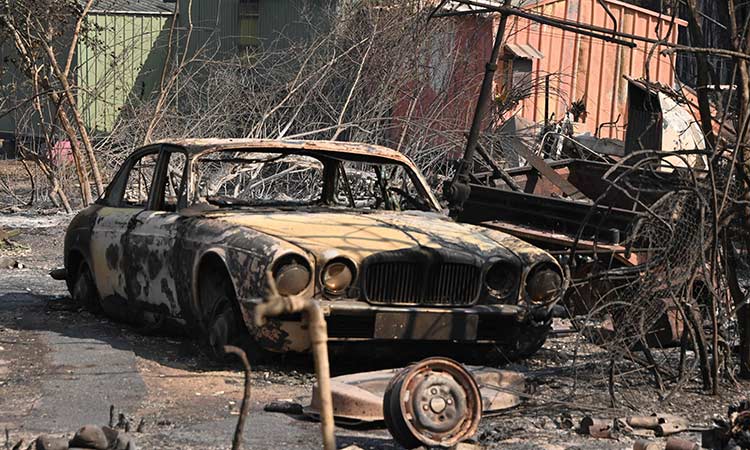 A vintage Jaguar car sits in ruins after a bushfire destroyed a property in Old Bar, Australia, on Sunday. Peter Parks/AFP

Wider swathes of the states -- including outer Sydney -- are now bracing for "dangerous" fire conditions predicted for the coming days, as is Western Australia state.

Five people reported missing have been found, but the unpredictable nature of the disaster means officials have not ruled out the possibility that others could still be missing, NSW Rural Fire Service spokesman Greg Allan told AFP.

The mayor of the small town of Glen Innes, where two people died, said residents were traumatised and still coming to terms with their losses.

"It was absolutely horrific for the people that were impacted (by) it."

In Old Bar, which was spared the worst when the wind changed direction, hectares of bushland had turned charcoal and small pockets of flames continued to smoulder.

Peter McKellar, 75, was clearing debris from his property as his neighbour's home sat in ruins. 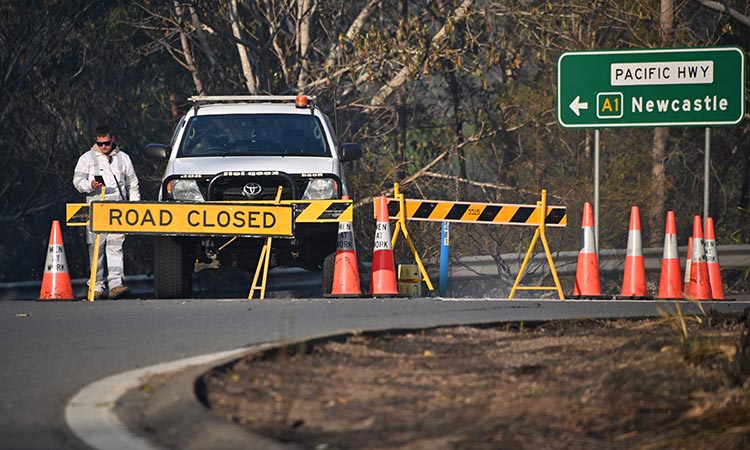 Roads are closed as a bushfire still smoulder in Old Bar, 350km north of Sydney on Sunday. AFP

"The firies (firefighters) saved ours," he told the media. "They are doing a wonderful job. They're angels."

High temperatures, low humidity and strong winds forecast from the middle of the week are predicted to fuel blazes that authorities have warned they will be unable to contain ahead of time.

"Under these conditions, these fires will spread quickly and will threaten homes and lives," the NSW Rural Fire Service said in a statement.

"These conditions will be as bad, if not worse, than those experienced on Friday as they will be across a much broader area including large population centres like Sydney."

NSW Rural Fire Service Commissioner Shane Fitzsimmons said dozens of additional fire crews would be sent out on Monday in an attempt to head off the potentially disastrous conditions.

In Queensland, more than 1,200 firefighters were battling over 50 active fires on Sunday, with 39 aircraft deployed to assist.

"Queensland does not usually have a fire season like we've experienced this year and last year," Premier Annastacia Palaszczuk told reporters.

With thousands of people forced to flee from their homes, Australia's government was offering immediate emergency assistance payments of up to Aus$1,000 (US$685) to those affected and extended financial support for anyone unable to work as a result.

Many residents are now returning to their scorched communities to assess the extent of the fire-inflicted damage, amid warnings it could take months for them to rebuild their lives. 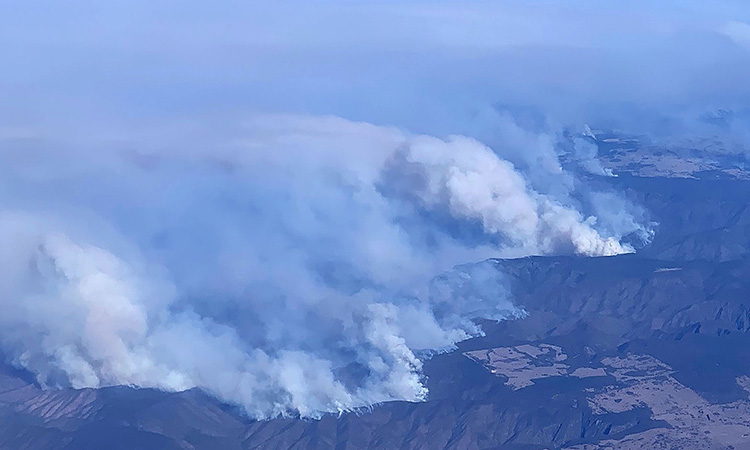 Emotions were running high at an evacuation centre in Taree, one of the worst-hit areas, with one man breaking down in tears as he was embraced by Prime Minister Scott Morrison.

"People are under a lot of pressure," Morrison told reporters. "The level of optimism, despite the circumstances, is quite inspiring."

Morrison, whose government has downplayed the threat of climate change, was also heckled about the issue at a fire command centre in nearby Wauchope.

"Climate change is real, can't you see," the Australian newspaper reported a man as yelling before he was escorted out of the building.

Bushfires are common in Australia but the country has experienced a dramatic start to what scientists predict will be a tough fire season — with climate change and weather cycles contributing to the dangerous combination of strong winds, high temperatures and dry conditions.

The current disaster has not wreaked the human devastation of Australia's worst recent bushfires, the Black Saturday fires that killed 173 people in Victoria state in 2009, with some experts attributing that to better early warning systems.

But Ross Bradstock, from the Centre for Environmental Management of Bushfires at the University of Wollongong, described the situation as "unprecedented" for the affected regions, which have rarely — if ever — experienced such severe fires.

"Sadly, given the weather forecast for the coming week, the crisis may worsen and extend southward into landscapes primed to burn via extreme dryness," he said. 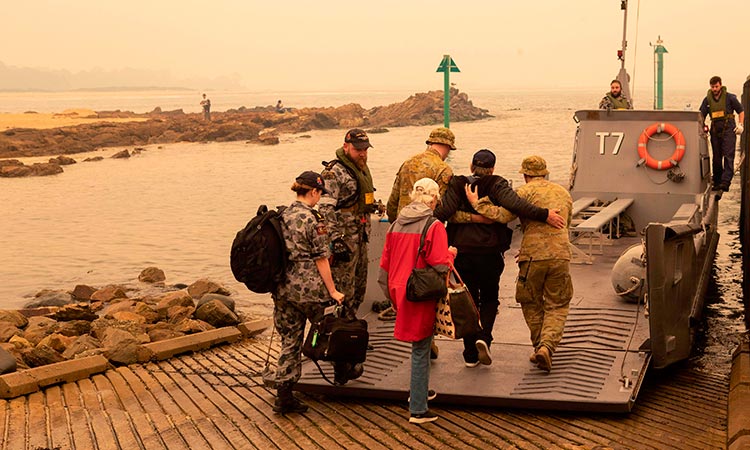 Officials told residents and others in the New South Wales (NSW) state town of Eden to leave immediately and head north if they did not have a bushfire response plan.