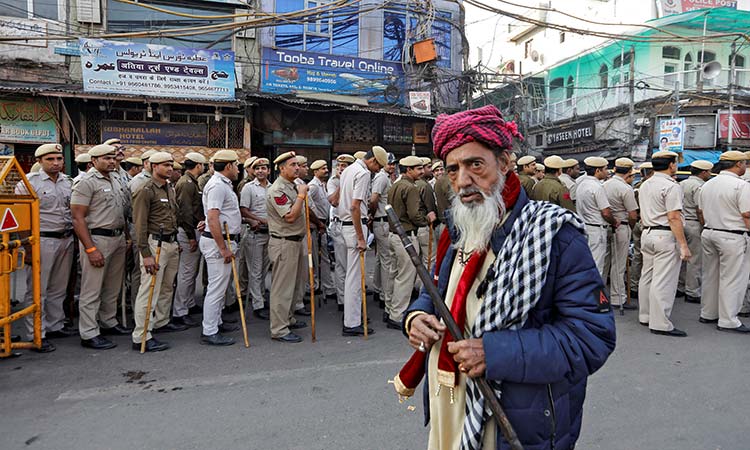 A man looks on as police officers conduct a flag march in a street outside Jama Masjid in Ayodhya. Adnan Abidi/Reuters

India's top court cleared the way on Saturday for a Hindu temple to be constructed at a hotly disputed holy site, in a huge victory for Hindu nationalists under Prime Minister Narendra Modi.

UP government working for one community Babri panel

A separate piece of land in Ayodhya would be given over to Muslim groups to build a new mosque, the court ruled in a historic judgement aimed at ending a bitter and decades-old legal and sectarian battle.

Hailing the Supreme Court verdict in Ayodhya title dispute case, Prime Minister Narendra Modi on Saturday said it marks a "new dawn" for the country where "fear, bitterness and negativity" should have no place.

In a televised address to the nation, he highlighted the date – Nov. 9 - on which the historic judgement came, and noted it was on this day that the Berlin Wall had been brought down 30 years back and it is on this day that Kartarpur corridor was opened with Pakistan.

Noting that it had taken so long to resolve the Ayodhya dispute, the Prime Minister said it is time to think about the future now as the country has a lot of milestones to achieve.
"This controversy may have affected many generations, but after this decision, we have to make a resolution that now a new generation will start building a new India... This decision of the Supreme Court has brought a new dawn for us," he said.

"Now as a society, every Indian has to work by giving priority to his duty. Harmony, unity and peace are very important for the development of the country," Modi emphasised.

Speaking about the Kartarpur corridor which was inaugurated earlier in the day, the Prime Minister compared it to bringing down of the iconic Berlin Wall.

"November 9 was the date when the Berlin Wall fell in Germany. It marked the merging of two different ideologies. On November 9 today, the Kartarpur Sahib Corridor was also opened which marked an understanding between India and Pakistan. The verdict of the Supreme Court on Nov.9 gives the lesson to move united on the path of progress," said Modi.

Modi in a series of tweets called for the calm and peace to maintained across the country after the Ayodhya verdict. 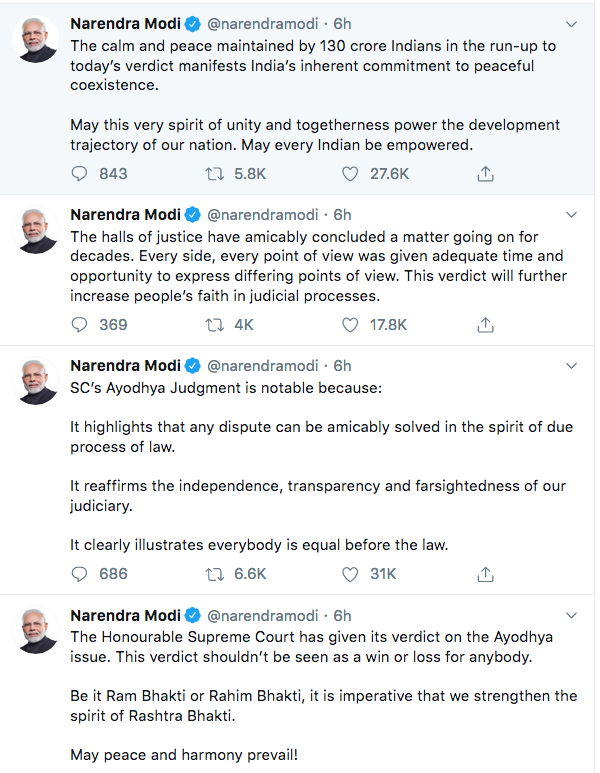 Ahead of the verdict Indian authorities ramped up security across the country and Modi called for calm as police went on alert.

Thousands of extra personnel deployed and schools closed in and around the northern city of Ayodhya, centre of the bitter dispute, and elsewhere. 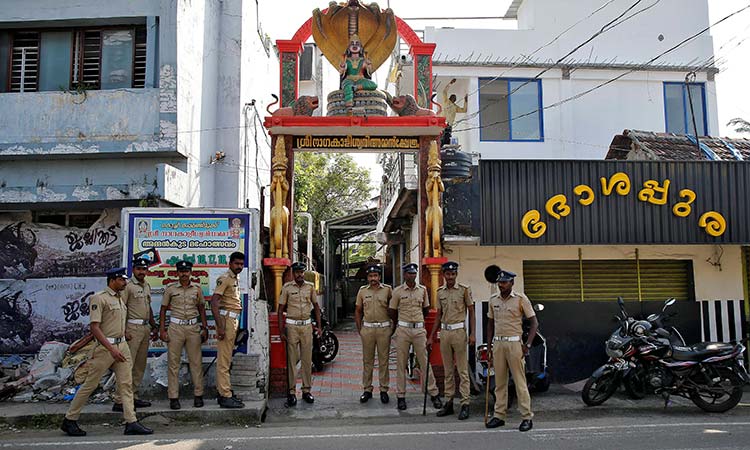 Policemen stand guard outside a temple before the verdict on a disputed religious site in Ayodhya, Kochi, India. Reuters

Barricades were erected on roads leading to the Supreme Court building in New Delhi with officials and volunteers scouring social media for inflammatory posts in what is Facebook's biggest market.

The verdict, it is hoped, will put an end to an angry and at times arcane legal wrangle that British colonial rulers and even the Dalai Lama tried to mediate. 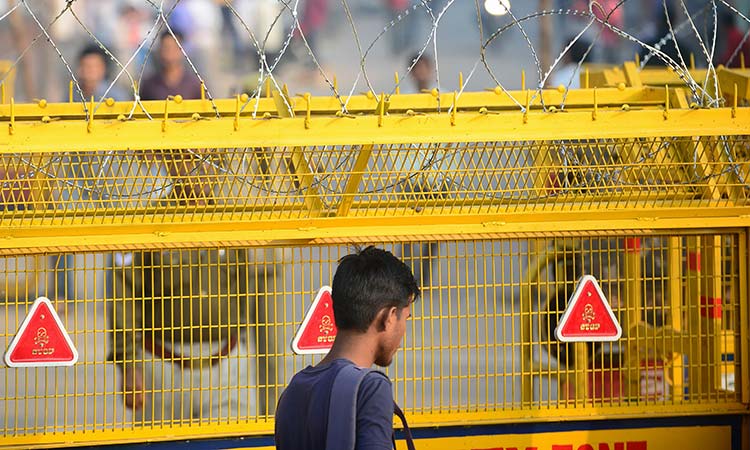 A man walks past a police road block fence with barbed wire on top in Ayodhya on Saturday. Sanjay Kanojia/AFP

They say that in the 16th century, Babur, the first emperor of the Mughal Islamic dynasty, built a mosque on top of a temple at the 2.8-acre (1.1-hectare) site.

In the 1980s, as Hindu nationalism and the BJP began to strengthen, pressure grew for the mosque to be knocked down and replaced by a glorious Hindu temple.

This unleashed some of the worst religious riots since India's bloody partition at the end of British colonial rule in 1947, leaving around 2,000 people dead, mainly Muslims.

Ten years later in 2002, after 59 Hindu activists died in a blaze on a train from Ayodhya, riots in Gujarat state -- when Modi was its chief minister -- saw upwards of 1,000 people perish, again largely Muslims. 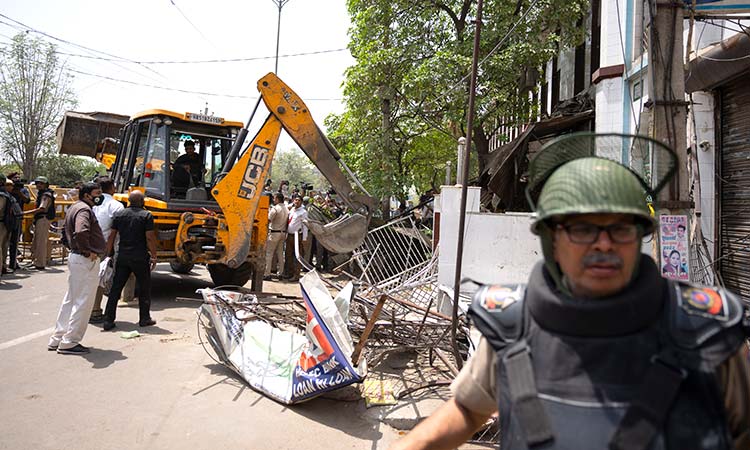 The women, who wanted to board the metro at Maiwaiya station on Tuesday, had no reservations about being frisked and checked by women security personnel.