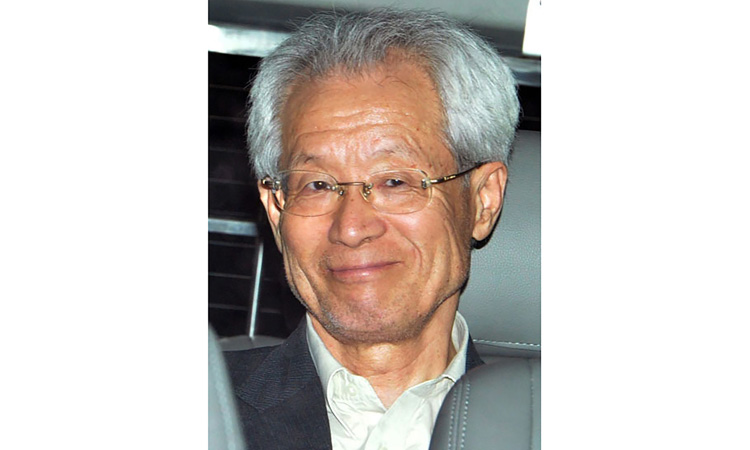 A court in China has sentenced the former Japanese politician, Takuma Sakuragi, to life in prison in drug case. File photo/ AP

A Malian man was sentenced to death with a two-year reprieve and a man from Guinea received a life sentence for “packing and delivering” the suitcase, according to the Guangzhou City First Intermediate Court that handled the case.

Takuma Sakuragi pleaded not guilty and plans to appeal, said his Guangzhou-based lawyer, Chen Weixiong, who argued there was insufficient evidence to prove Sakuragi was knowingly carrying the drugs.

According to Chen, a Nigerian acquaintance asked Sakuragi to bring what appeared to be a suitcase full of shoes with him back to Japan. The acquaintance claimed the suitcase was intended for a designer in Tokyo, Chen said, but in fact methamphetamine had been hidden in the heels of the shoes.

Sakuragi, 76, is a former city assemblyman from central Japan's Aichi. Chinese law exempts people over 75 from the death penalty, which is often imposed for drug-related offenses.

He was detained in 2013 when about 3.3 kilograms (more than 6 pounds) of methamphetamine was found in his luggage, the court said. Sakuragi planned to go to Shanghai for a connecting flight back to Japan, the court said.

The other two sentenced were identified by their Chinese names as Ali, a citizen of Mali, and Moxi from Guinea. Death sentences with two-year reprieves are almost always commuted to life in prison.

According to Chen, the Malian defendant who was sentenced to death had been spotted on camera filling the suitcase. The other defendant's fingerprints were found in the suitcase and methamphetamine was found at their residence, according to the Sakuragi's lawyer.

Japanese media reported the verdict in Sakuragi's case was delayed while authorities tracked down others involved in the case.

The court said the three defendants violated Chinese customs regulations by knowingly trying to smuggle drugs out of the country. The court added, however, that they were given relatively lighter sentences because Sakuragi had failed to go through customs with the drugs at the time of his arrest.

Under Chinese law, Sakuragi will be eligible for parole after serving a minimum of 15 years. His fate could be affected by developments in China-Japan relations, which have been relatively stable in recent years. Many Chinese remain deeply bitter over Japan's brutal occupation of parts of the country in the 1930s and 1940s and the two countries have an ongoing dispute over ownership of a group of tiny uninhabited East China Sea islands.

Convicted drug traffickers are severely punished in China. Robert Lloyd Schellenberg, a Canadian national, was sentenced to death in January for involvement in an international methamphetamine-smuggling operation in the port city of Dalian.