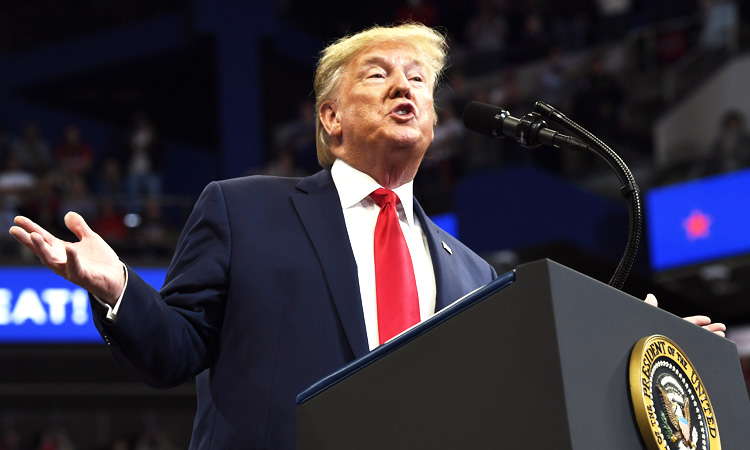 The high court is hearing arguments even though a federal judge already temporarily blocked the state law requiring presidential candidates to release their tax returns in order to be included in the state’s primary.

The justices’ consideration comes the same week that a federal appeals court in New York ruled that Trump’s tax returns can be turned over to state criminal investigators there, although that ruling is expected to be appealed to the US Supreme Court.

It’s a clear violation of the California Constitution, opponents argued, citing a 1972 voter-approved amendment they said guarantees that all recognized candidates must be on the ballot.

But the state’s lawyers said it’s a common-sense requirement so that voters can gauge candidates’ “financial status and honesty concerning financial matters.”

The justices sped up their usual timetable to hear the arguments because the deadline to file tax returns for California’s March 3 presidential primary would be Nov. 26 if the law survives.

But the state’s appeal of the federal judge’s order will extend past the deadline, with the next court filings not due to the 9th US Circuit Court of Appeals until December. State officials would not say why they have not sought a faster review or if that means they are giving up on getting Trump’s returns in time for next year’s election.

The situation in the New York case is much different, with the appeals court ruling that Trump’s tax returns can be turned over to a grand jury that would usually keep them from public view.

The high cost of being Trump’s enemy

President Donald Trump makes his disdain for California clear, lashing out at the Golden State as a “filthy dirty” and “horrible” outpost cursed by homelessness and wildfires. California, in turn, has challenged the Trump administration dozens of times on issues such as auto emissions, immigration and union dues.