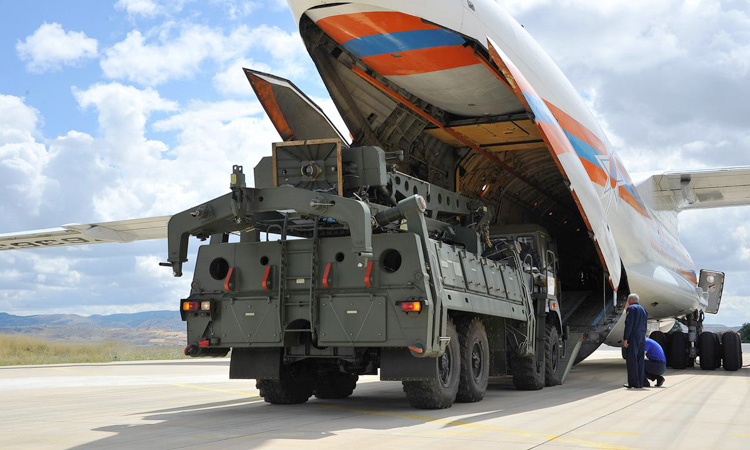 First parts of a Russian S-400 missile defense system are unloaded from a Russian plane at Murted Airport, near Ankara. File photo/ Reuters

The delivery of a second batch of Russian S-400 missile defence systems to Turkey may be delayed beyond a planned 2020 timeline over talks on technology sharing and joint production, the head of Turkey's Defence Industry Directorate said on Monday.

Turkey received the first batch of S-400 systems in July, despite opposition from the United States, a NATO ally, and threats of US sanctions. Washington says it is still in talks with Ankara to “walk away” from the Russian systems.

Speaking at an interview with broadcaster NTV, Ismail Demir also said Russia had offered to sell Turkey its fighter jets and that Ankara was evaluating the offer. He said a decision will be made after “comprehensive analysis” of the offer.