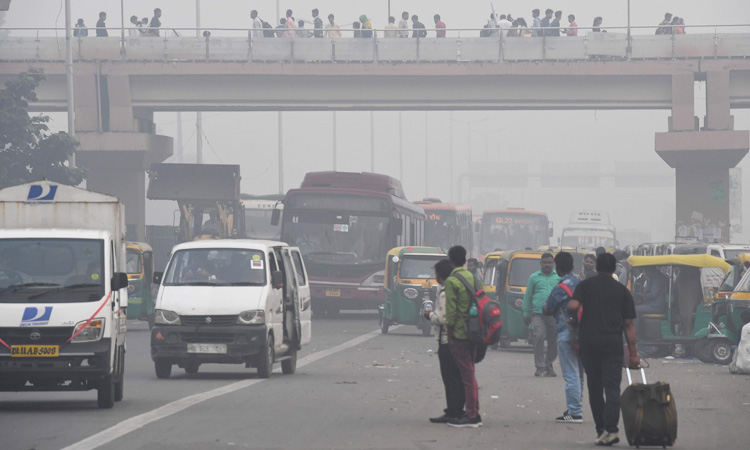 People make their way on a street in smoggy conditions in New Delhi on Monday. Prakash Singh/ AFP

Millions of people in India’s capital started the week on Monday choking through “eye-burning” smog, with schools closed, cars taken off the road and construction halted.

But the current crisis has turned into the worst in three years, and New Delhi Chief Minister Arvind Kejriwal called for a range of measures to fight what he described as “unbearable pollution.” 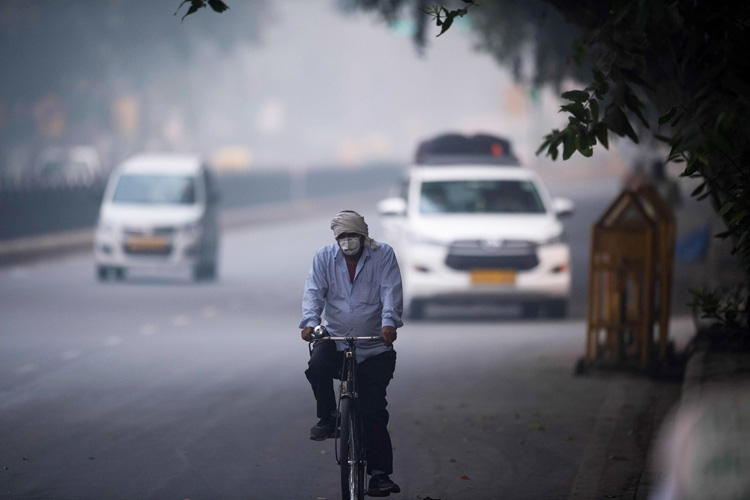 A man wearing protective face mask rides a bicycle along a street in smoggy conditions in New Delhi on Monday.

“There is smoke everywhere and people, including youngsters, kids, and elderly are finding it difficult to breathe,” Kejriwal said in a Twitter video on Sunday.

“Eyes are burning. Pollution is that bad.”

Kejriwal’s government has ordered half the city’s private cars to be taken off the road, based on an odd-even registration plate system.

Schools, which were closed on Friday last week, remained shut on Monday, and city-wide construction was halted until Tuesday in Delhi and surrounding areas. 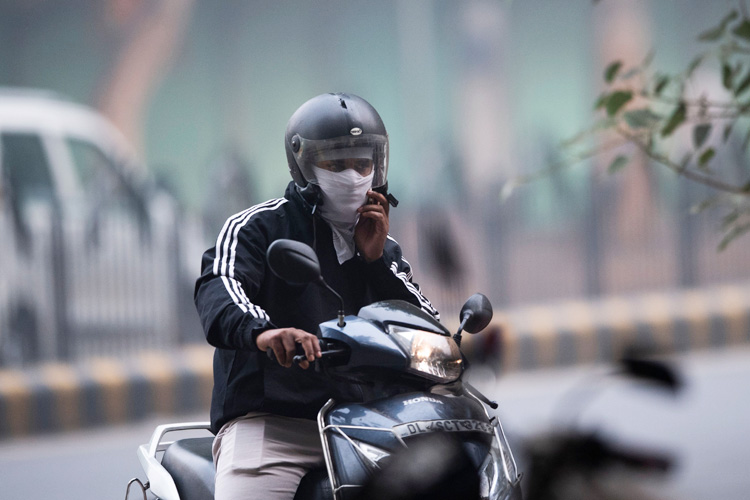 A motorist wearing a protective face mask speaks on a mobile phone on a street in smoggy conditions in New Delhi on Monday.

Other parts of the country have also been choked by smog, the government’s Central Pollution Control Board said on Sunday.

Authorities brought a van with an air purifier to the Taj Mahal, the country’s top tourist site 250 kilometres (150 miles) south of Delhi, with fears the pollution was damaging the 17th-century marble mausoleum, the Press Trust of India reported.

With a state election due in Delhi in early 2020, the pollution crisis has also become a casualty of political bickering, with each side blaming the other for the severe conditions.

Kejriwal, who likened Delhi to a “gas chamber” on Friday, said his city had done its part to curb pollution and that the burning of wheat stubble residue on farms outside the capital was responsible for the smog. 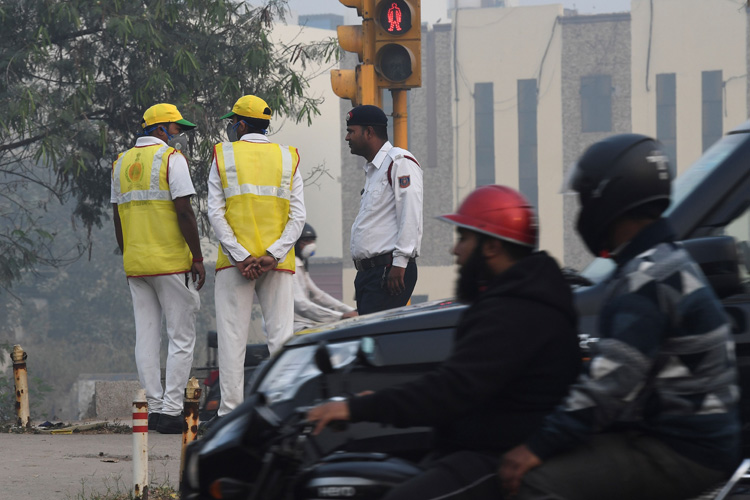 A policeman and volunteers from civil defence (yellow vest) monitor vehicles in New Delhi on Monday.

But national environment minister Prakash Javadekar accused Kejriwal of politicising the issue, while an MP from the governing Bharatiya Janata Party (BJP) dismissed the odd-even car rule as a “stunt” and said he planned to ignore it.

A group of environmentalists wrote to Prime Minister Narendra Modi on Sunday urging him to “take leadership” on the issue.

The environmentalists said political parties were “intent on fixing the blame while Indians continue to die,” PTI reported.

India has faced a mounting pollution crisis over the past decade.

Fourteen Indian cities including the capital are among the world’s top 15 most polluted cities, according to the World Health Organization.

Experts warn that both state and national governments needed to go beyond short-term remedies and tackle major pollution causes if air quality is to improve in the long-term.

He said emissions restrictions should be imposed on motorbikes and scooters, which are heavily used in Delhi but exempted from the odd-even scheme, and called for more public transport investment.