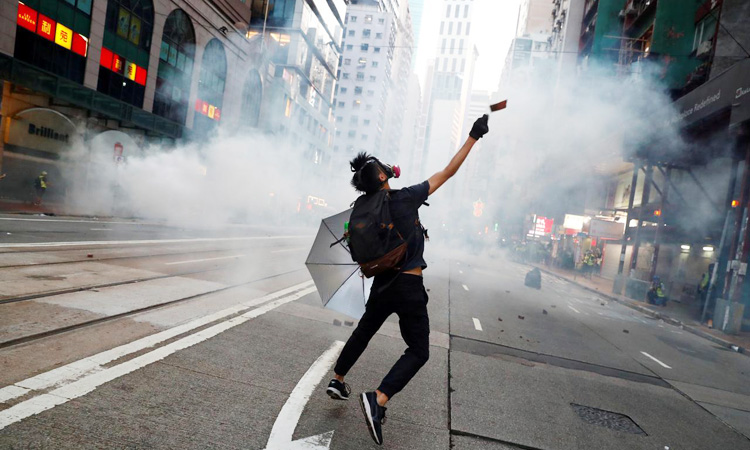 An anti-govt protester reacts as police fire tear gas during a march in Hong Kong on Saturday. Thomas Peter/ Reuters

Two people were in critical condition in Hong Kong, police said on Monday, after a weekend of chaotic clashes with anti-government protesters, as China called for a “tougher” stance to end months of unrest that have roiled the Asian financial hub.

Riot police stormed several shopping malls on Sunday, including Cityplaza, packed with families and children in the eastern suburb of Taikoo Shing.

Protesters there had initially formed a peaceful human chain before facing off with police in skirmishes up and down escalators and spraying graffiti on a restaurant. 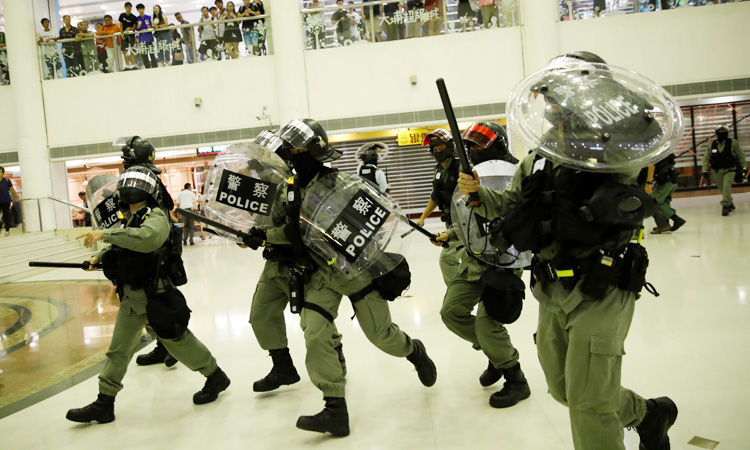 A man with a knife slashed several people and apparently bit off part of the ear of a politician. The wounded included a man believed to be the knife-wielder, whom protesters had beaten with sticks.

Police gave no details of the two left in critical condition.

Further demonstrations are planned this week as protesters keep up pressure for demands such as an independent inquiry into police behaviour and the adoption of universal suffrage. 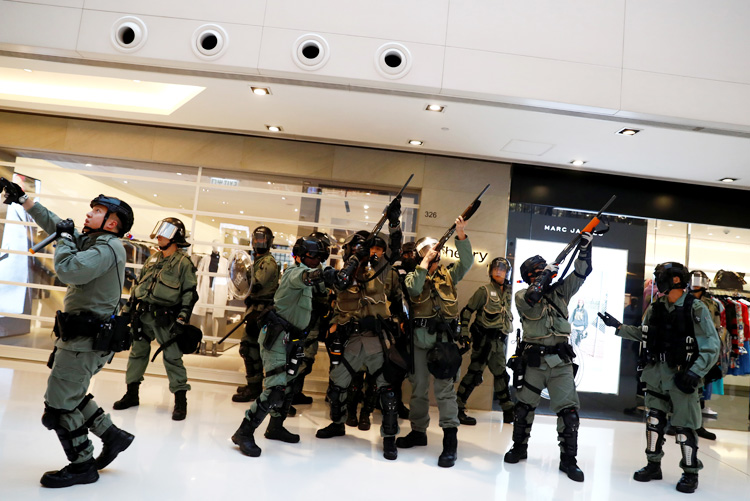 “Civil servants are ashamed of the crimes committed by the Hong Kong police force and the dictatorship of the Hong Kong government,” said the Citizens’ Press Conference, a pro-democracy group that plans a Monday night discussion on the clashes.

Chinese state media called for a “tougher line” against the protesters who vandalised state-run Xinhua news agency and other buildings, saying the violence damaged the city’s rule of law.

Protesters had smashed up and torched Xinhua’s office on Saturday in some of the worst violence in weeks, setting fire to metro stations and vandalising buildings, including an outlet of U.S. coffee chain Starbucks. 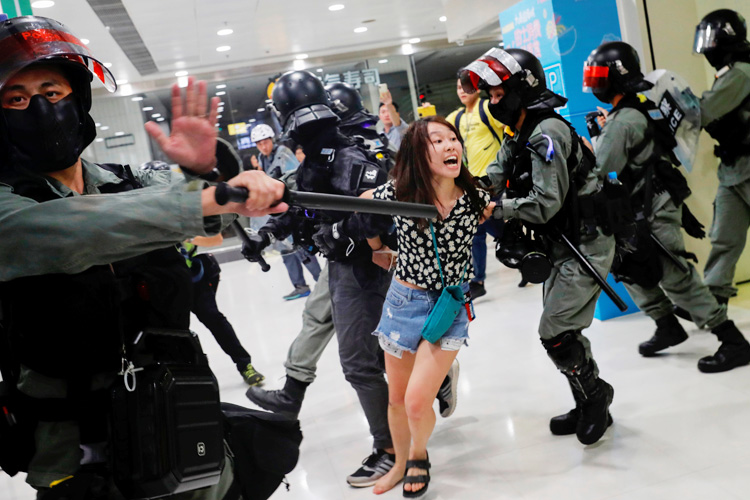 Mainland businesses, including banks or companies seen as supportive of China’s ruling Communist Party, have been targeted by protesters angered by China’s perceived meddling with Hong Kong’s freedoms since it returned to Chinese rule in 1997.

China has denied this and accuses foreign countries of inciting the protests.

In a statement, police condemned the “rioters’ violent and vandalistic acts” and vowed measures for public safety. 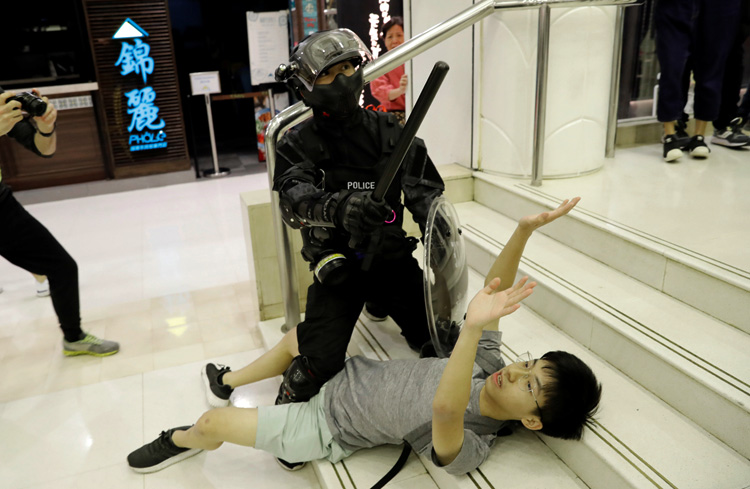 A protester is detained by riot police at a shopping mall in Tai Po in Hong Kong on Sunday.

Tear gas accidentally aimed at a fireman on Saturday had been intended to disperse rioters, the police added.

“There was misunderstanding in the verbal communication between both sides,” they said on Monday. “The matter was tackled and resolved at the scene.”