Hamdok talks of peace on trip to Darfur - GulfToday

Hamdok talks of peace on trip to Darfur 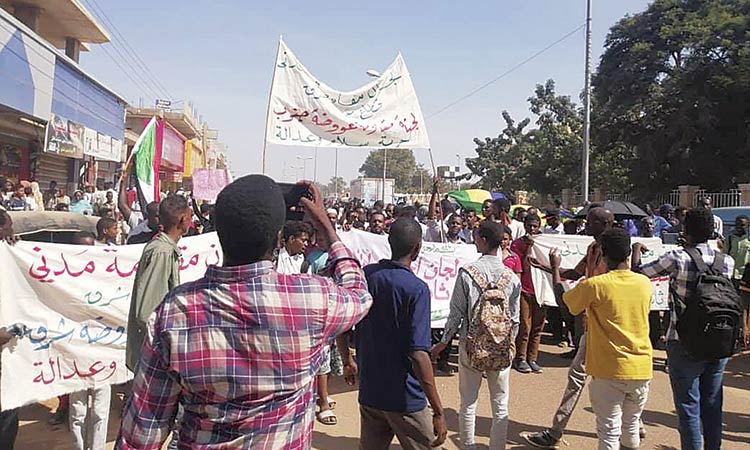 Sudan’s Prime Minister Abdalla Hamdok said on Monday his government was working toward bringing peace to war-torn Darfur as he met hundreds of victims of the conflict who demanded swift justice.

Hamdok’s one-day visit was his first as prime minister to the devastated region, where a conflict that erupted in 2003 has left hundreds of thousands dead and millions displaced.

He met victims of the war in the town of Al Fashir, the capital of North Darfur state, which houses several sprawling camps where tens of thousands of displaced have been living for years.

“We want justice! Send all criminals of Darfur to the ICC (International Criminal Court),” chanted a crowd who met Hamdok as he visited camps in Al Fashir, a correspondent reported.

Hamdok assured them that his government was working towards peace in Darfur, a region of the size of Spain.

“I know your demands even before you raised them,” Hamdok told the crowd.

“We will all work together to achieve your demands and ensure that normal life returns to Darfur,” he said as the crowd chanted “No justice, no peace in Darfu.rThe Darfur conflict flared when ethnic minority rebels took up arms against the then Arab-dominated government of since-ousted president Omar al-Bashir, accusing it of marginalising the region economically and politically.

Khartoum then applied what rights groups say was a scorched earth policy against ethnic groups suspected of supporting the rebels − raping, killing, looting and burning villages.

Bashir, who the army ousted in April after nationwide protests against his rule, has long been accused by the Hague-based ICC of genocide, war crimes and crimes against humanity for his alleged role in the conflict.

“We want those criminals to be given to the ICC. Without that there won’t be peace in Darfur,” Mohamed Adam, a prominent leader representing the victims of Darfur, told Hamdok.

The protest movement that led to the ouster of Bashir said Sunday it was not against handing over the deposed autocrat to the ICC.

The military generals who had initially seized power in the aftermath of Bashir’s fall have refused to deliver him to The Hague.