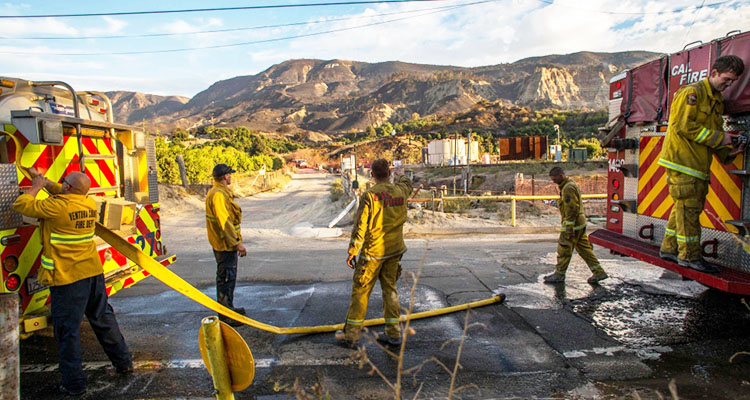 Firefighters refill their water tank on their way to control hotspots of the Maria Fire, in Santa Paula.

Firefighters in California made progress Saturday containing a sizable new blaze in the southern part of the state as they continued to battle a much larger fire in the north.

It had spread to 9,412 acres (3,808 hectares) by Saturday evening, California fire officials said, but was 30 percent contained. 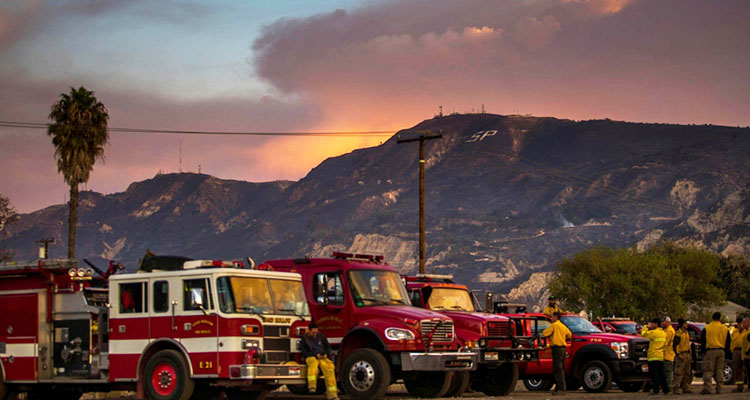 Firefighters are taking a break at the end of the day in front of the scorched mountain.

That progress came despite the forced grounding overnight of firefighting helicopters after at least two hobby drones were seen operating in the area, posing a risk of collision, officials said.

The Ventura County Fire Department warned on Twitter that "even a tiny drone can cause a serious or fatal accident if it collides with firefighting aircraft."

In Sonoma County north of San Francisco, the Kincade Fire  the largest in the state this season -- was continuing to burn over 77,758 acres on Saturday evening and was 74 percent contained, state officials said.

The fires prompted Governor Gavin Newsom to declare an emergency across the state, parts of which have not had rainfall for months.

An extreme red-flag warning issued for the Los Angeles area this week was lifted Thursday but the National Weather Service warned that so-called Santa Ana winds could still wreak havoc through Saturday evening. 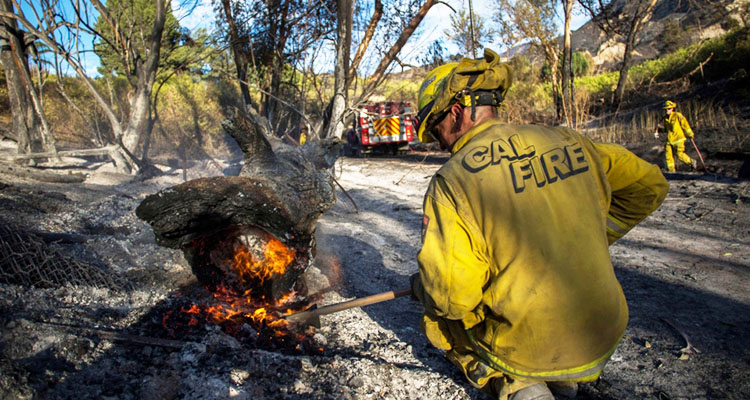 A firefighter controls a hotspot of the Maria Fire, in Santa Paula, Ventura County, California.

The state's largest utility company, Pacific Gas & Electric, has been shutting off power to millions of customers in northern and central California, reducing fire risks but provoking public outrage.

Remarkably, the past two weeks have brought no fatalities even as hurricane-force winds have fanned fierce blazes, the San Francisco Chronicle reported.

Authorities credited repeated warnings on radio and TV, PG&E's precautionary power shut-offs, the pre-positioning of firefighters in high-risk forests, and more sophisticated weather-prediction capabilities than in past years. 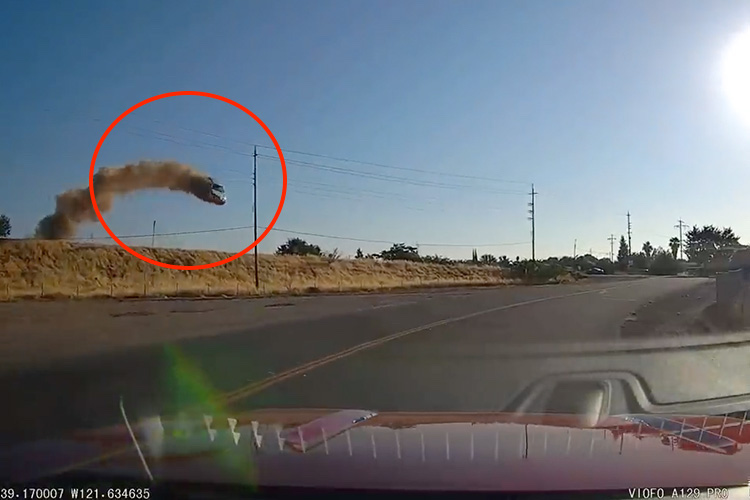 VIDEO: Car hurtles through the air off California overpass, crashes into highway in dramatic dashcam video

In a freak incident, a car went hurtling through the air off an overpass in California, smashed into a highway, flipped over several times before coming to a halt upside down. 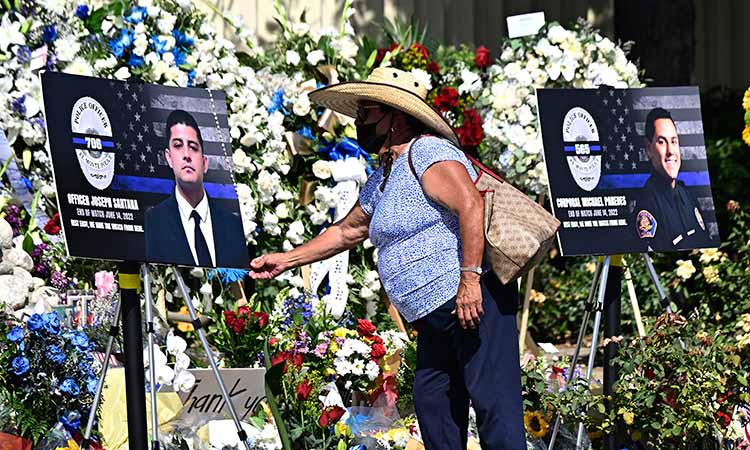 The gunman, identified as Justin William Flores, was shot and killed at the scene. His wife told KCBS-TV that he had attacked her two days ago and she had moved into the motel to escape him but he tracked her down.