‘Geography nerd’ visits every country in the world - GulfToday

‘Geography nerd’ visits every country in the world 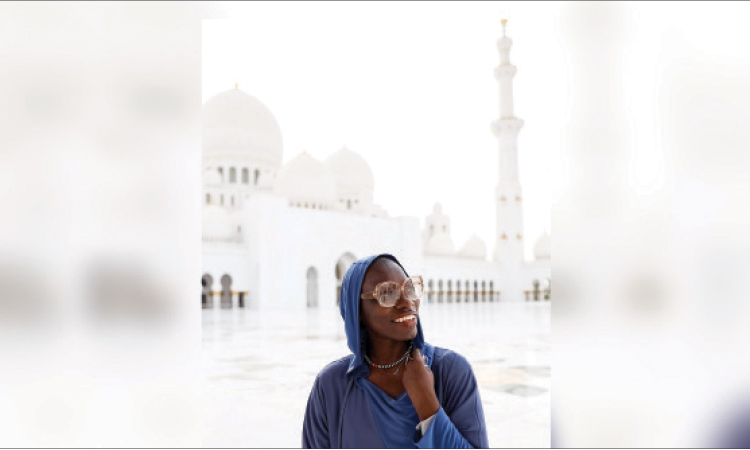 “I love Abu Dhabi, it is enriched with culture. I enjoyed my time in Dubai,” says Jessica Nabongo.

On the 6th of October 2019 after arriving in Seychelles, Jessica Nabongo became the first black woman to have travelled to every country in the world.

Nabongo is a travel blogger and a UN employee. Travelling has always been part of her, from the early of age of 4 her family had always embarked on trips. Born to Ugandan parents in Detroit, travelling to Uganda was a major highlight of her childhood. Therefore, taking the decision to see every country in the world was not alien or uncomfortable.

Prior to deciding to embark on the journey of seeing every country in the world and documenting it, Nabongo had already been to 60 countries, she said.

In an interview with Okayafrica, Nabongo explained why she decided to travel around the world.

“I began my journey to every country in the world because I am a geography nerd, curious about other cultures and want to show the world through a lens that we rarely view it from – that of a black woman,” she said.

With the issue of gender-based violence, racism and sexism in different parts of the world, travelling solo as a woman of colour holds a lot of people back from ticking off their travel destinations on their bucket lists.

With exception to some countries, Nabongo mentions feeling comfortable during most of her travels.

“The world is mostly safe, despite different issues of violence. Things hardly happen to tourists,” she said.

Travelling to every country in the world means being exposed to various cultures. Nabongo expressed her love for the Middle Eastern culture, she found the people very welcoming. In terms of her favourite Middle Eastern country, she mentioned Jordan.

Libya on the other hand was great physically, she had a good time. But on social media, the people were not the nicest. She had a lot of racist comments on her post in Libya.

Nabongo has made it to the UAE a couple of times and has had a remarkable experience in Abu Dhabi and Dubai.

“I love Abu Dhabi, it is enriched with culture. The Sheikh Zayed Mosque is magnificent,” she mentioned.

“Dubai is a mix of culture and modernity, I enjoyed my time there. My favourite place is Bur Dubai,” she added.

“I travelled to India with a man, but often I was not acknowledged, they rather relate with the man,” she added.

With that experience she assumed she would be facing the same thing in Pakistan, therefore she was a bit guarded and uncomfortable upon arriving in that country. Surprisingly the case was different.

“The men and everyone I encountered were respectful and polite. Even at the airport, they were quick to help, even went ahead to make small talk with me,” she recalled.

When you are from a certain descent travelling there will have you feeling some form of familiarity.

Growing up Nabongo and her family always went to Uganda.

“Uganda is home and always feels like it,” she said.

However, being of African descent did not make Cameroon super friendly for Nabongo.

Aside from travelling that has taken Nabongo to different parts of the world, she has also lived in five different countries while pursuing her career. Born to Ugandan parents, she grew up in the United States of America. In her early twenties, she lived in Japan and taught English. She also pursued a master’s degree in international development in London. Being an employee of an NGO has had her living in Benin. She later moved to Italy to work as a resource-mobilisation consultant for Food and Agriculture Organization of the United Nations.

After living in five countries and seeing different beautiful places in the world, Nabongo could not pinpoint one country she would like to live for the rest of her life. “I don’t think I can pinpoint one place to live. I find myself living in multiple places and not just one particular place,” she said.

A world that doesn’t include travelling will be alien to Nabongo, because it is part of what has moulded her into the woman she is today.