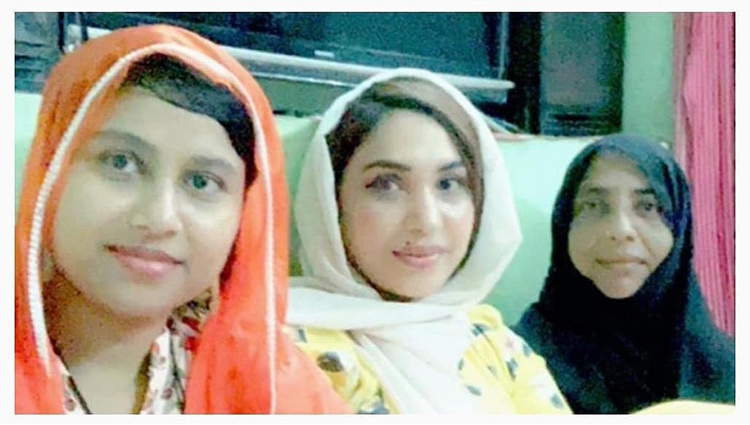 Mariam Abdul Rahman Al Shehi with her sister and mother.

It was surreal. An Emirati woman has found her long lost mother after 36 years.  The incredible story of Mariam Abdul Rahman Al Shehi, 36, is not some plot of a movie, but her entire lifetime research.

It was in the 80s, when Mariam’s parents got married. Shortly afterwards, they divorced.

Mariam’s mother went to India and stayed there. Mariam was raised by her father in Ras A l Khaimah. After the death, she went on a mission to search for her lost mother.

She tried to get in touch with people who she thought might have had information on her. But it all went in vain. Several sources also failed to locate her.

Then Mariam landed on the idea of advertising in several newspapers in India asking people to help locate her mother.

The idea worked well. Several names showed up, she narrowed down the search with the help of her passport and details of her when she was in the UAE.

It was kind of a miracle that she found her mother after 36 years.

Mariam not only found her mother, she also found her sister. It was learned that at the time when her mother left for India, she was pregnant.

She also said hope, nostalgia and longing were growing day by day, coupled with unrelenting determination to meet them.

Maryam also explained how the mass media helped her in the voyage.