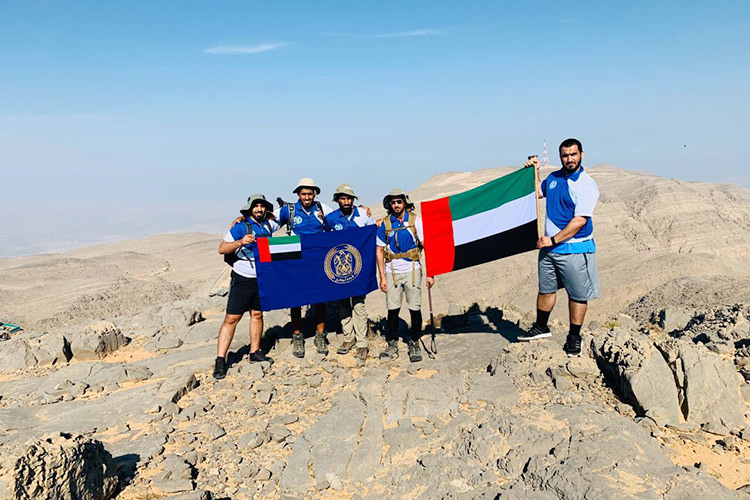 The Abu Dhabi Police team hoists the UAE flag in a mountain.

The expedition team of the Abu Dhabi Police raised the flag of the United Arab Emirates on seven mountain peaks to celebrate the UAE Flag Day.

This initiative expresses Abu Dhabi Police’s 'pride in the flag of the national unity and the pride of the march of construction and achievement.

The average peaks the team has climbed and flagged ranges from 442 to 1935 metres above sea level.

The average time the team travelled on foot ranged from 4 to 6 hours depending on the height of each peak with the help of tools such as the mountain boots and gear.

The experience is an exemplary adventure that reflects Abu Dhabi Police's eagerness to encourage the police elements to embrace the spirit of challenge and adventure and prove the ability of its members to face difficulties and develop leadership qualities, courage and teamwork.