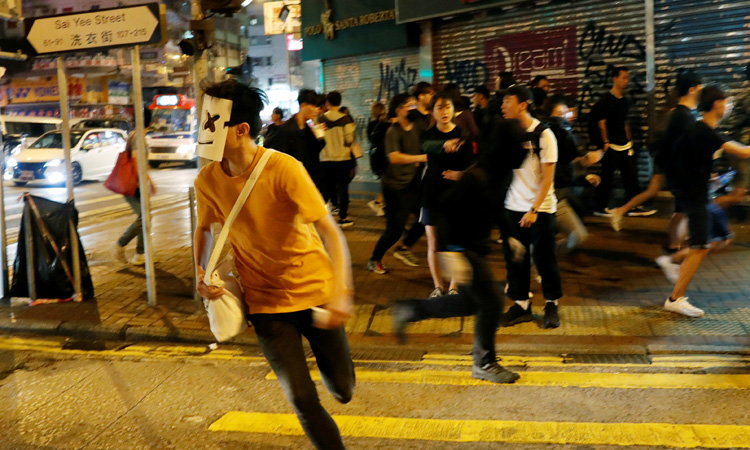 Hong Kong anti-government protesters are due to march on Saturday in what has been billed as a global “emergency call” for autonomy for the Asian financial hub that was guaranteed its freedoms when it returned from British to Chinese rule in 1997.

Prominent pro-democracy activist Joshua Wong called for 100,000 people to rally in what would be the 22nd straight weekend of protests.

Protesters have taken to the streets for five months of sometimes violent unrest, angry at perceived Chinese meddling with Hong Kong's freedoms, including its legal system and politics. China denies the charge.

One policeman was slashed in the neck with a knife last month.

Wong was disqualified on Tuesday from standing in upcoming district elections, a move he said was “clearly politically driven.”

“If more and more people, not only a few thousand, but if more than 100,000 Hong Kongers take to the streets tomorrow, it can let the world know how Hong Kong people fight for a free election,” he told reporters on Friday.

The bespectacled Wong was a leader of the student-led pro-democracy street protests of 2014 but has not been in the forefront of the current unrest.

Government data on Thursday confirmed that Hong Kong slid into recession in the third quarter for the first time since the global financial crisis of 2008. Retail sales fell 18.3% in value in September from a year earlier, an eighth consecutive month of decline.

Hong Kong is a semi-autonomous “special administrative region” of China according to the “one country, two systems” formula under which it returned to Chinese rule. 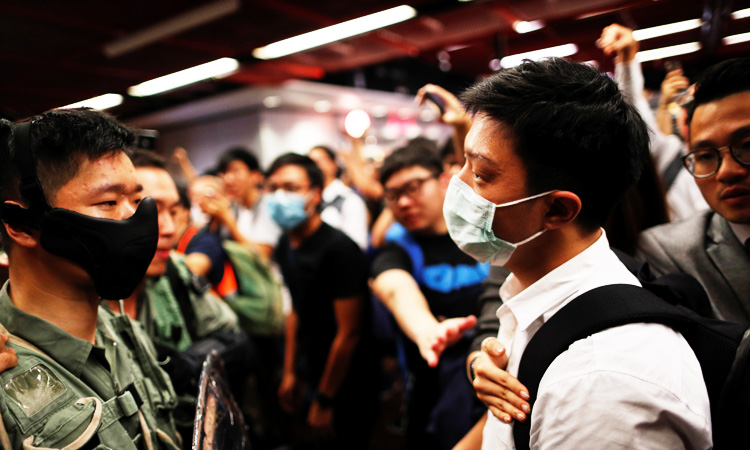 Hong Kong’s government is expected to discuss sweeping emergency laws on Friday that would include banning face masks at protests, two sources told Reuters, an unprecedented move to ease