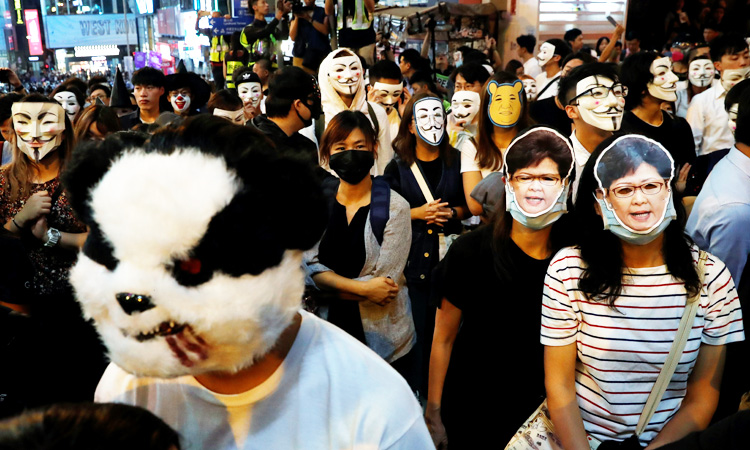 The Asian financial hub faces another mass demonstration on Saturday, the latest in more than five months of unrest.

Black clad anti-government protesters, wearing the now banned face masks, mingled with Halloween revellers in the bar district of Lan Kwai Fong on Thursday. It was the first time the party zone had been targeted. 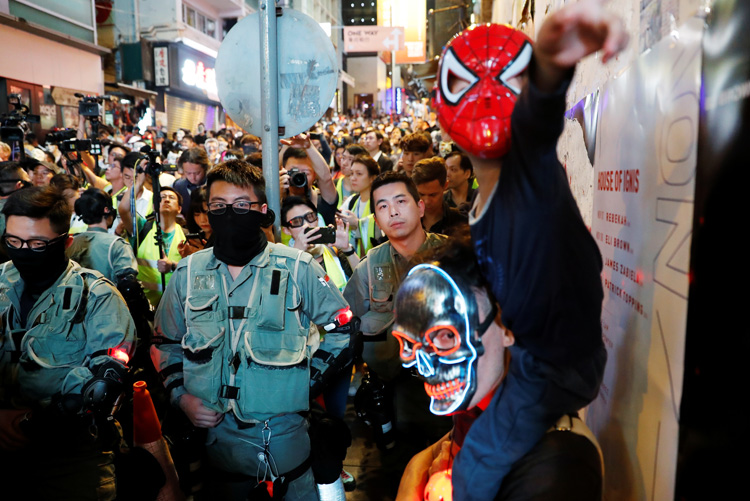 A man and his son wearing costumes stand in front of a riot police during Halloween in Lan Kwai Fong, Central district, Hong Kong.

Since June, protesters have taken to the streets of Hong Kong in sometimes violent demonstrations in response to perceived Chinese meddling with the city’s promised freedoms.

As colourful costumed partygoers sipped their drinks, riot police with shields and batons pushed back crowds of revellers and demonstrators who shouted and swore at them to go away.

After a lengthy standoff police fired plumes of tear gas at protesters congregating below the Lan Kwai Fong strip in Central, lined with luxury shopping malls, banks and jewellery shops.

Thursday’s clashes come ahead of a pro-democracy rally on Saturday at Victoria Park besides the bustling shopping district of Causeway Bay. 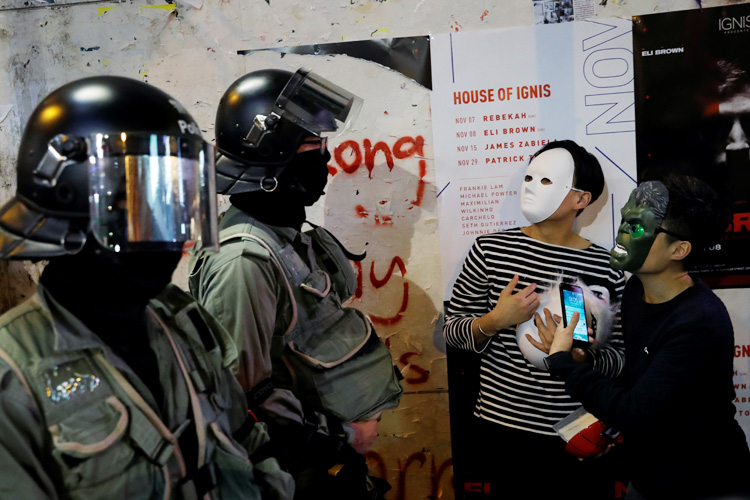 Protesters are calling for other cities including New York, Boston, Sydney and London to stand with them on Saturday in calling for China to fully respect Hong Kong’s autonomy as enshrined in the city’s mini-constitution, the Basic Law.

China on Thursday said it would ensure Hong Kong’s prosperity and stability and protect national security in the face of unrest, the ruling Communist Party said after a key meeting of its senior leadership.

Protesters in Hong Kong say Beijing is interfering more and more in the Chinese territory and encroaching on freedoms guaranteed under a "one country, two systems formula.”

China denies meddling and has accused foreign governments including the United States and Britain of stirring up trouble. 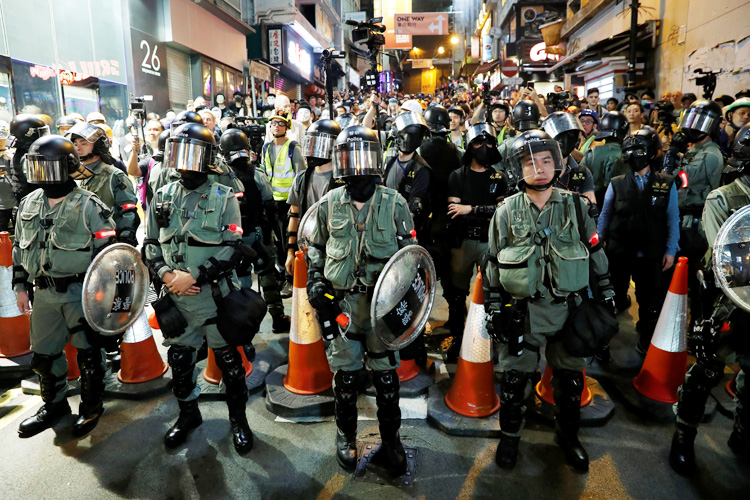 On Thursday, Hong Kong’s High Court issued a temporary injunction banning people from posting or spreading messages online which "incites the use or threat of violence.”

The measure is the first time authorities have tried to curb the publishing of comments online, a move critics say sets a dangerous precedent for controlling the internet.

The ban, effective until Nov.15, applies to any internet platform and specifically names LIHKG and Telegram, two popular tools that protesters use to communicate on.

The measure also comes as data on Thursday confirmed that Hong Kong slid into recession for the first time since the global financial crisis in the third quarter.

While the Sino-US trade war has hampered the city’s economy, the protests have dealt a further blow, crippling the retail and tourism sectors. Retail figures expected later on Friday are expected to be the worst on record. 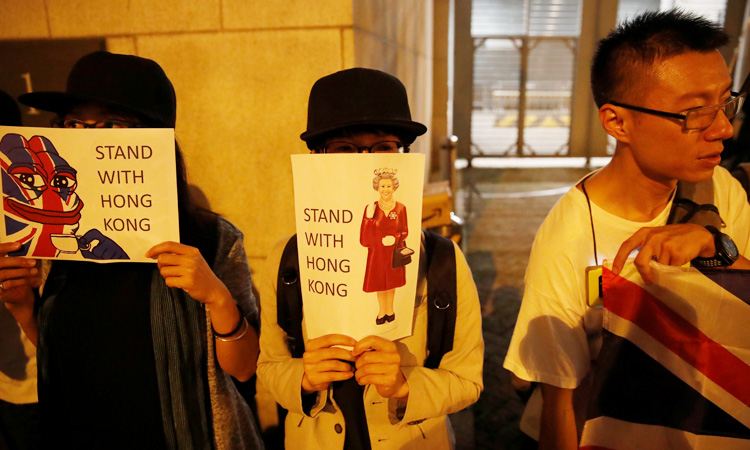 Hong Kong protesters plan to rally on Thursday evening to show solidarity with people demonstrating in Spain’s wealthiest region of Catalonia over jail sentences handed out to nine separatist leaders.