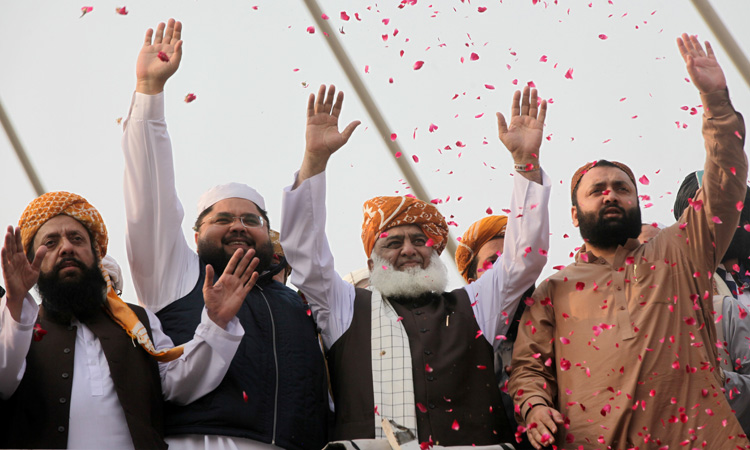 Thousands of anti-government demonstrators were due in the Pakistani capital on Thursday to demand that the government step down, piling more pressure on Prime Minister Imran Khan as he strives to get the faltering economy on track.

The protests are organised by Fazl-ur-Rehman, the leader of one of Pakistan’s largest religious parties, who says the government of cricketer-turned-politician Khan is incompetent and illegitimate and was installed by the military after a rigged election last year.

Schools and some offices were closed in Islamabad as the protesters made their way from the eastern city of Lahore. They were due to arrive later in the day. 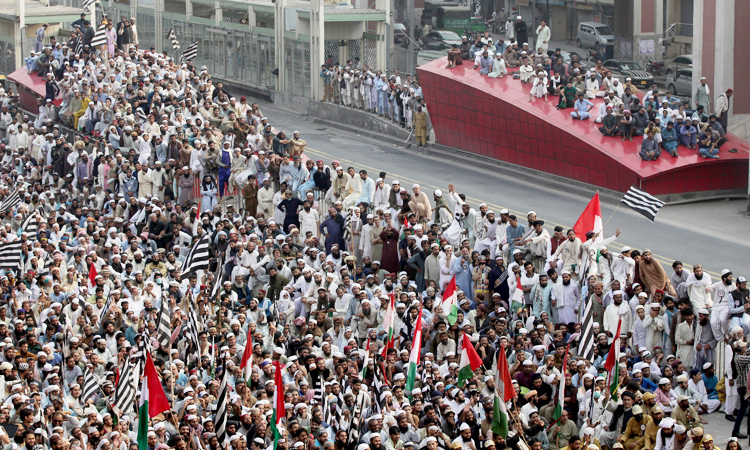 Supporters of JUI-F listen to the speech of their leaders during Azadi March in Lahore on Wednesday. 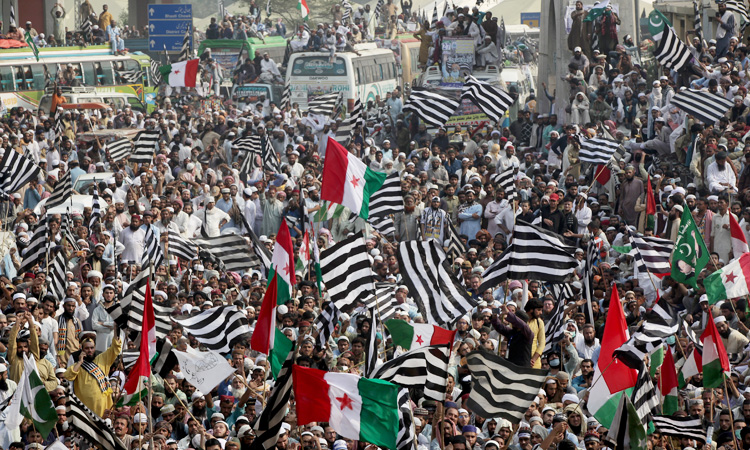 Police have reinforced checkpoints and brought in extra barriers, including shipping containers to block roads and seal off the administrative and diplomatic heart of the city.

Rehman, who heads the Jamiat Ulema-i-Islam-Fazl party, has billed his protest as an Azadi, or freedom, march.

“This movement will not stop if we don’t get the desired results after reaching Islamabad,” Rehman told reporters in Lahore late on Thursday.

“We want the prime minister’s resignation, the entire assembly is fake, we want to dissolve it.”

Khan won last year’s election on a promise to end corruption, help middle-class families and get the economy on track.

But the honeymoon has come to an end as the economy runs into headwinds with the fiscal deficit ballooning to about 7% of gross domestic product and a balance of payments crisis is looming.

Consumer inflation increased to 11.37% year-on-year in September from 10.49% in August largely on food price rises, while the rupee has fallen more than 50% against the dollar since the end of 2017.

The government agreed in July to a $6 billion bailout from the International Monetary Fund.

Khan rejects his critics’ accusations that he is backed by the military, which has a long record of intervention in politics. The military also denies any involvement in civilian politics.

Election authorities rejected opposition complaints of rigging in the 2018 vote.

Rehman is a veteran politician who heads an alliance with several seats in the National Assembly and provincial assemblies.

But his real influence comes from his ability to mobilise support, particularly in numerous religious schools, or madrasas, across the country.

Pakistan’s two main opposition parties have both said they would back Rehman’s campaign against Khan, though have also said they would not support any unconstitutional action.

The government has said it wants negotiations with the opposition while vowing that no one would be allowed to paralyse life in the capital. 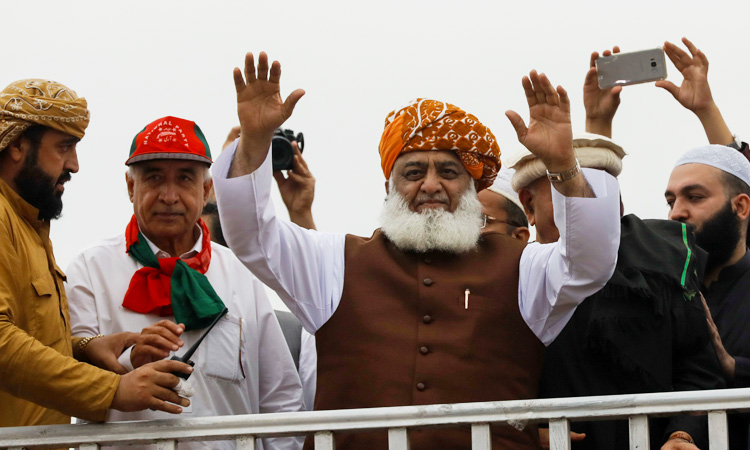 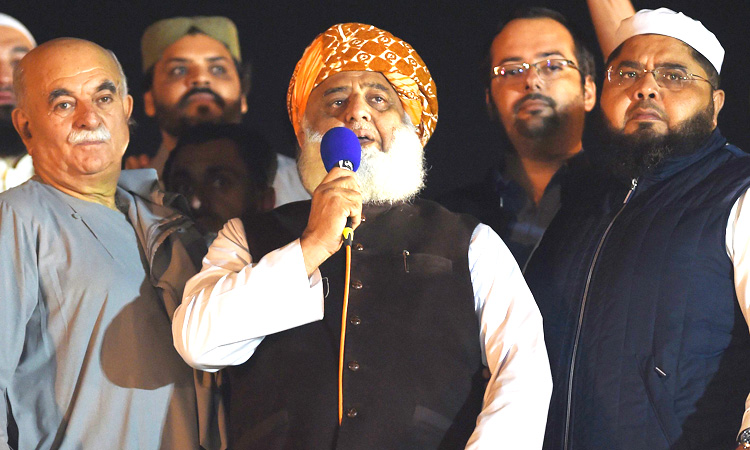