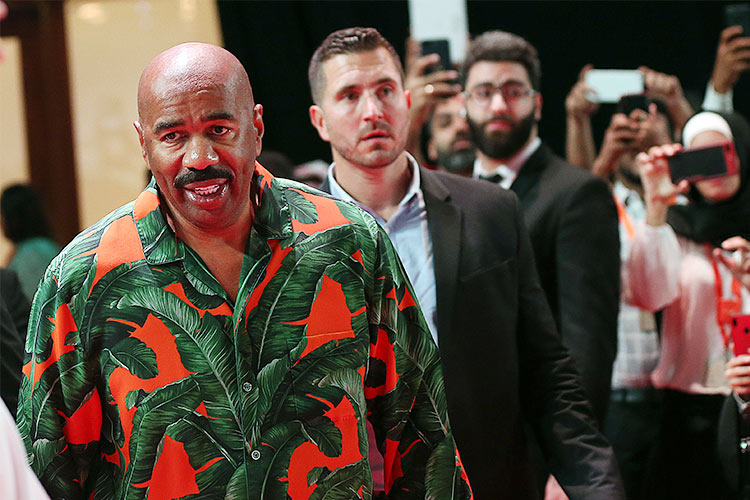 Stephen Harvey, the Principal Guest of Honour at the Sharjah International Book Fair 2019, left his young audience at the Sharjah Expo Centre Ballroom leaving the auditorium with the firm conviction that lasting success can be achieved through one’s faith, focus and perseverance.

“Your dreams should always be bigger than your problems,” the award-winning American talk show host exhorted the hundreds of repeatedly cheering students who had come from as far as Abu Dhabi and Dubai, to be with their counterparts from Sharjah.

With a testimony that came “straight from the heart,” Harvey, who started his career as a comedian, revealed that only an unwavering faith in God, undying desire to succeed, coupled with discipline and hard work, helped him escape a life of poverty, and become one of the most sought-after talk show stars on the planet.

Talking of the seemingly insurmountable hurdles he faced then, Harvey said, “My family said to me, get a job like your brothers and sisters. We grew up very poor. My father was a coal miner, and my mother was a Sunday school teacher.”

“There were no black people in television. My family said to me that I got to get a job like my brothers and my father. No one in my family, neighbourhood, or my school was a TV star,” he added.

Despite all these obstacles, Harvey kept on dreaming big. “The dream you have has to be bigger than all your problems. When I was homeless, my dream was bigger; and I was black, that didn't stop me from dreaming big. When you have God, you have everything."

Reminding his audience that God uses failure to bring about success if one is willing to persevere in faith and diligence, Harvey mentioned the biggest ever gaffe committed at a Miss Universe contest, when during the announcement of the winner of the 2015 edition, he incorrectly called out the Queen of the beauty pageant.

With memes coming fast and furious, and the international media ripping him apart, Harvey said that he had become famous, albeit for the wrong reasons. "With that incident, God had increased my global brand and persona. I didn't really appreciate the way he did it, but I was the world's most famous person for 48 hours," he said to rapturous applause.

Sheikh Salem Bin Abdulrahman Al Qasimi, Chairman of the Sharjah Ruler’s Office, on Monday visited various stands and activities, showcasing the best of innovations and creative new ideas developed and offered by various government organisations, universities and local and international companies as part of the UAE Innovation Month in Sharjah, being held from Feb.8-14 at the Sharjah Book Authority. 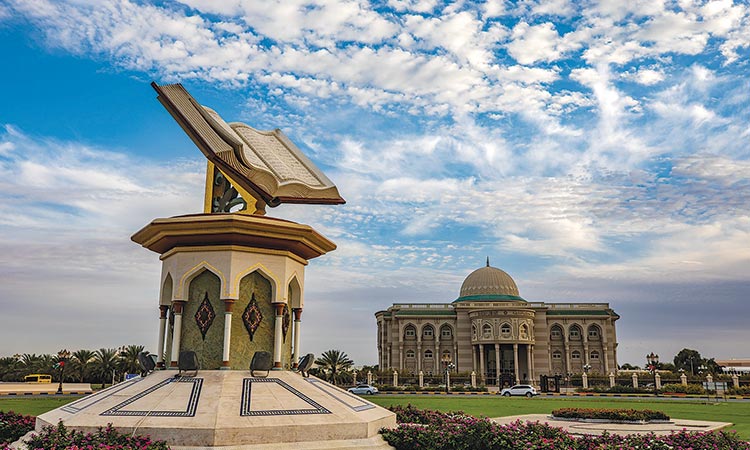 SBA to hold virtual reading festival from May 27

In an unprecedented cultural initiative in the history of Arabic culture, the Sharjah Book Authority (SBA) will hold the Sharjah Virtual Reading Festival (SVRF) for 10 days, running from May 27 to June 5, 2020.