VIDEO: The story behind the design of the UAE flag - GulfToday 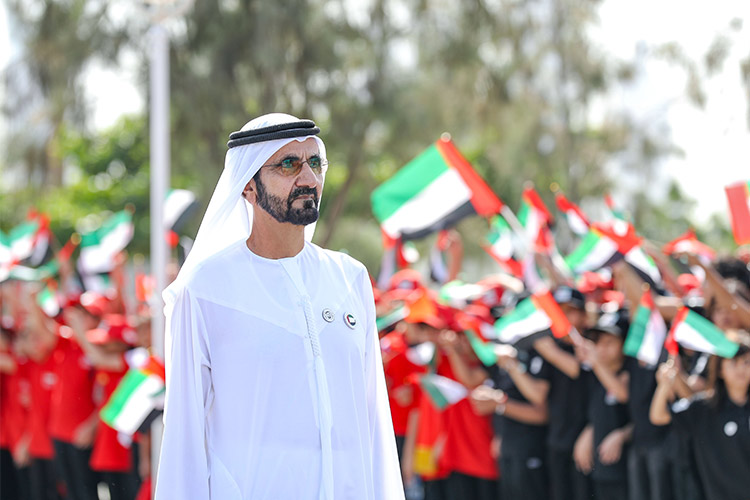 Sheikh Mohammed took to Twitter to invite all to mark the day.

“On Nov.3, we will celebrate the UAE’s Flag, which is a symbol of our unity and sovereignty. On this glorious national occasion, all our institutions, ministries, bodies and schools are invited to raise the flag on the UAE Flag Day at 11:00am. We will raise our flag together in an expression of common destiny and our belonging to the UAE,” he tweeted.

The flag’s designer, Abdullah Mohammed Al Maeena, tells the story of how his design was chosen during a national competition to design the flag of the UAE, which was announced by the Emiri Diwan of Abu Dhabi and published in a local daily some two months before the announcement of the Federation. Some 1,030 designs were entered in the competition, with six being shortlisted before the final flag was chosen.

The story began when Al Maeena decided to participate in the competition to design the country’s flag, which enabled him to make his mark and be remembered in the country’s history. Despite his modest drawing skills, he worked on several designs of the UAE flag and subsequently produced six examples, which he placed in an album and sent to the advertised address that also received other designs for the competition.

Al Maeena describes his condition while waiting for the result of the competition after submitting his designs as a state of anxiety and excitement, until the announcement of the UAE Federation and finding out the fate of his designs. He added, in his story, that after a few days, a member of the competition’s arbitration committee told him that one of his designs was chosen for the final round by the committee among a few other designs. 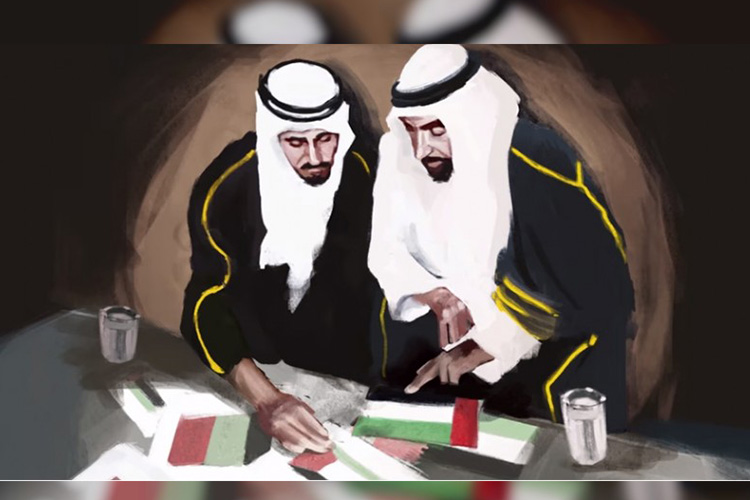 Sheikh Zayed gives instruction to an official about the design of the UAE flag. File/ WAM

Al Maeena further added that due to his excitement, he became very anxious about the presentation of the designs chosen by the committee for approval by the Supreme Council of the Federation, and his anxiety remained until the announcement of the winning design after the declaration of the UAE Federation.

He noted that on the night of the announcement, he could not sleep and was waiting for the result of the competition. 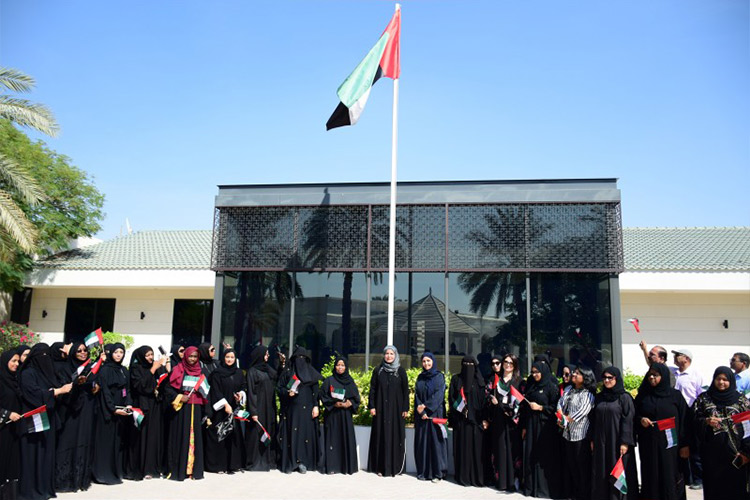 When the result was not announced, he woke up early in the morning to see the raising of the Federation’s flag for the first time, and when he saw the flag, he could not believe himself, and he stood for over an hour looking at the flag and admiring its colours. He did not sleep until the next day when Al Ittihad published the picture. "I felt proud when I saw the hand of Sheikh Zayed raise the flag, and I considered this the greatest honour in my life," he said. 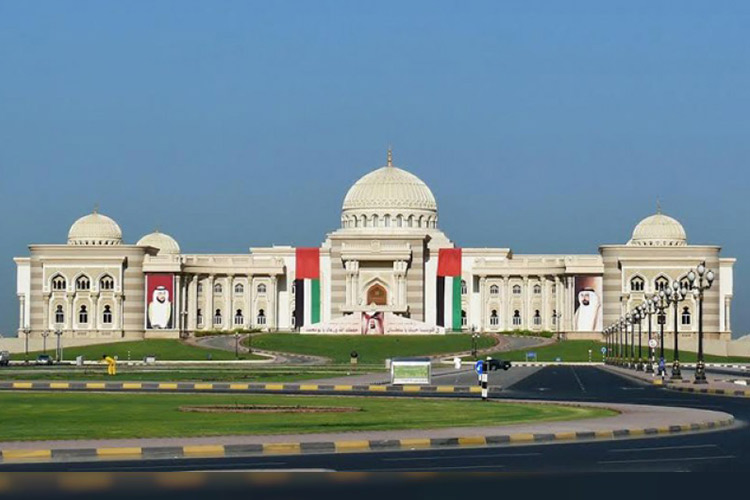 UAE flags are seen at a government building in Sharjah. File/ WAM

He also remembers the monetary award from the competition that he received, which was a large sum at that time. However, it did not mean much to him in comparison to his happiness at his flag, which symbolises the UAE, being chosen.

The UAE flag reflects the ambitions and values of the Emirati people and those of the residents of the UAE, especially students who salute the flag daily, in respect and appreciation of the country and its constructive role in creating future generations who are able to provide the nation with success and creativity.