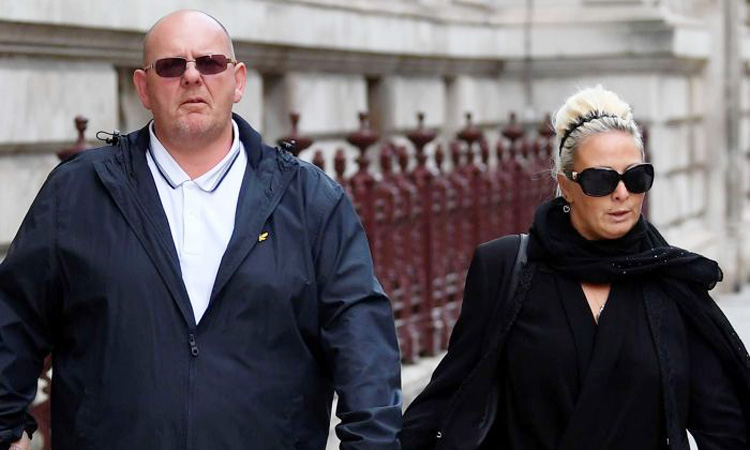 Charlotte Charles and Tim Dunn leave after a meeting with Dominic Raab at the Foreign and Commonwealth Office in central London. File photo/ Reuters

Harry Dunn, 19, died on Aug.27 when his motorbike and a car driving on the wrong side of the road collided.

In a statement issued through her lawyers and reported in US media, Anne Sacoolas admitted she was driving. She left Britain claiming diplomatic immunity before she was interviewed by police.

Dunn’s parents, Charlotte Charles and Tim Dunn, have urged US President Donald Trump’s administration to extradite Sacoolas to Britain, to no avail.

“We are bringing claims against both Mrs. Sacoolas in the USA for civil damages as well as the Trump administration for their lawless misconduct and attempt to cover that up,” family spokesman Radd Seiger said.

“The Trump administration is not only hellbent on breaking international laws, rules and conventions on diplomatic immunity,” he added, “but they have no care or concern for the welfare of Harry’s family or any real intent on finding a solution.”

Seiger told AFP that the family’s ultimate goal is for Sacoolas to return to face the British justice system and to “uncover the misconduct of the US government” in allowing her back in the United States.

The US government “brought her back to America so that she never faces trial,” Seiger said.

With a US criminal trial out of question since the accident occurred in Britain, the family is pursuing a civil case, Seiger said, adding that it would seek “significant” damages.

“In the US you can sue for millions of dollars if someone spills some hot coffee on your hand at McDonalds,” he said.

Fugitive on the run

The accident took place near a British airbase used by the US military as a communications hub and where 42-year-old Sacoolas’ husband was stationed.

The case, which has generated huge public interest in Britain, has fueled tensions between London and Washington.

Trump called the crash a “terrible accident,” saying it was common for Americans in Britain to have a hard time driving on the left side of the road.

Dunn’s parents visited the White House Oct.15. They called Trump warm and welcoming but criticized the White House’s attempts to engineer a snap meeting with Sacoolas, who was in a room next door with photographers.

Tim Dunn told Sky News the family was “disgusted” and “appalled” at the suspect’s behavior.

“I’m angry that someone could do this and then get on a plane and go,” he said.

The family has already filed a lawsuit against the British government for letting Sacoolas leave the country in the first place.

British police announced last week that investigators will travel to the United States to interview Sacoolas.

“She is a fugitive on the run,” spokesman Seiger said of Sacoolas.

“Harry’s family wants justice and they want the truth,” he told AFP. 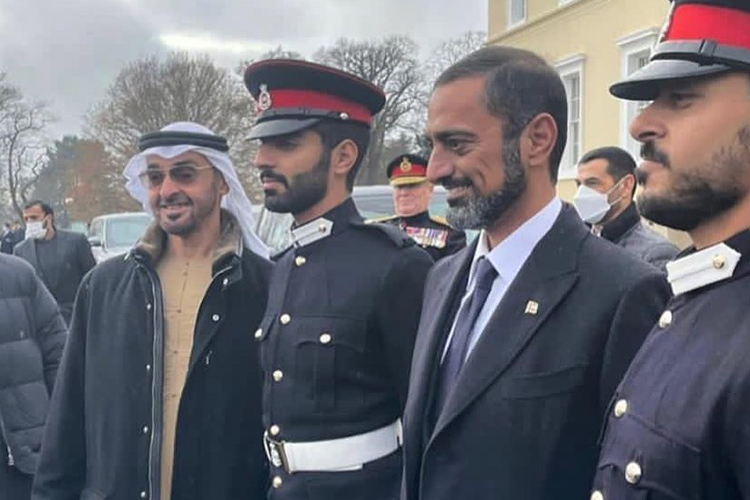 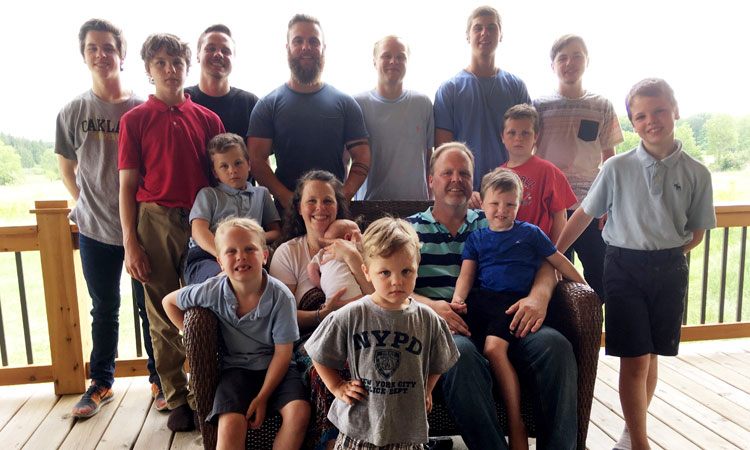 Kateri Schwandt was blessed with baby Maggie Jayne weighing 3.4 kg. The happy couple were filled with joy to introduce the daughter to the family filled with 14 older brothers.