No one will get ‘amnesty’ as long as I am alive, Imran warns rivals - GulfToday

No one will get ‘amnesty’ as long as I am alive, Imran warns rivals 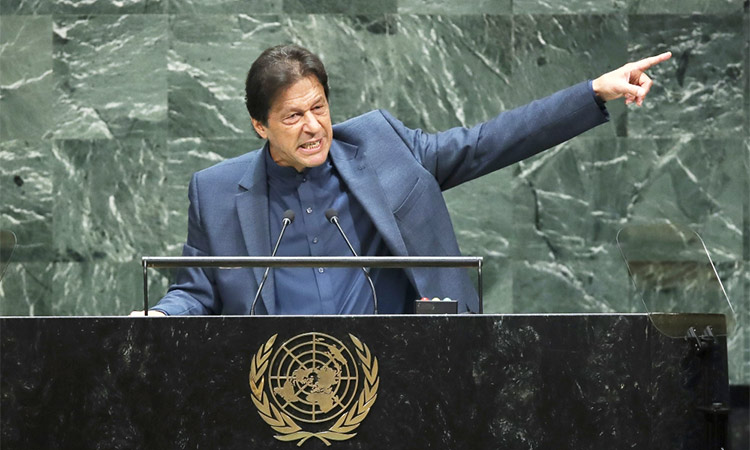 
Pakistan Prime Minister Imran Khan said on Monday that he would not be blackmailed by the "Azadi March" into giving "NRO” (amnesty) to his jailed political rivals till he was alive.

"I want to give all of them (opposition) a message: whether you all come together and stage this march or you want to use any other method of blackmail until I am alive, you will not get a National Reconciliation Ordinance (NRO),” he said while addressing the foundation stone laying ceremony of the Baba Guru Nanak University at Nankana Sahib.

Imran said "Azadi March" had no genuine objective but to cover the wrongdoings of top corrupt whose tenures in government were all about "looting and signing charter of democracy." 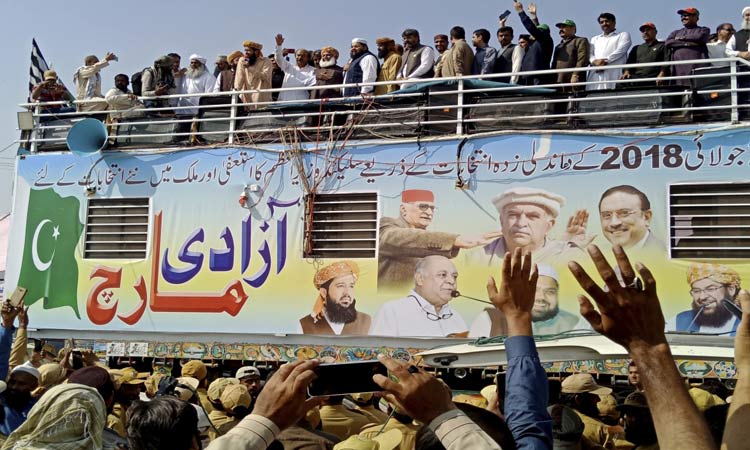 Imran said he could not give a guarantee about anyone's life, referring to the Islamabad High Court (IHC) proceedings in which it asked government representatives to "take responsibility" for incarcerated former premier Nawaz Sharif's health.

On Saturday, the IHC granted Sharif post-arrest interim bail until Tuesday. Sharif is currently under treatment at Lahore Services Hospital for his low platelet count. During the proceedings, the federal government had refused to take responsibility for Sharif's physical well-being.

IHC Chief Justice Athar Minallah had observed that if the provincial and federal governments had performed their duties, the matter would have not come before the court.

The prime minister said the federal government, especially the Punjab administration, has fully tried. "We provided the best medical care to Sharif," he said, adding that a doctor had been brought from Karachi and he had also sent the chief executive of Shaukat Khanum Hospital to check on Sharif’s health. "We can only try. Humans cannot give a guarantee of life and death. We can try and we fully tried.” 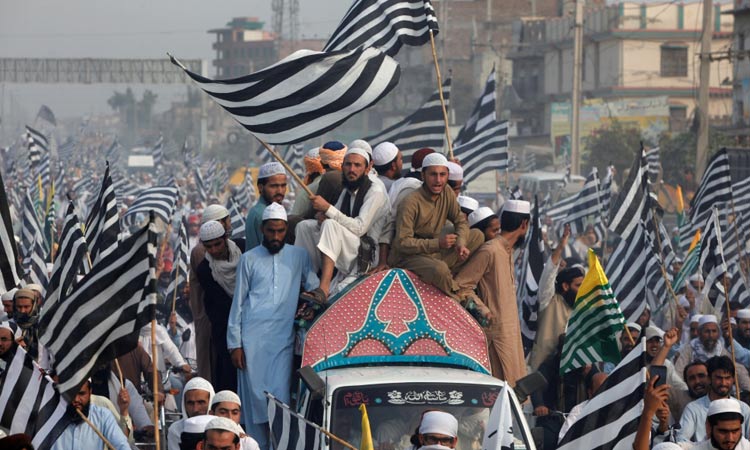 Supporters of Jamiat Ulema-e-Islam-Fazal wave flags during a rally in Peshawar. Reuters

Imran said while commenting on the "Azadi March" that he had earlier stated that a time would come when the all the "corrupt elements" of Pakistan would come together. "What is the purpose of the Azadi March; their purpose is not that the government is failing, they are scared that the government is succeeding. Have you ever heard this: 'Azadi March is coming to seek the prime minister's resignation'," he said, questioning why they wanted his resignation in the first place.

Addressing the ceremony after laying the foundation stone of the Baba Guru Nanak University, the premier said that today a very symbolic step had been taken.

He said that opponents had questioned why Pakistan was opening the Kartarpur Corridor in light of India's brutality in occupied Kashmir. "Kartarpur is the Madina of the Sikh community. Nankana is their Makkah. No matter how bad our relations may be, we should never stop those who admire Guru Nanak." 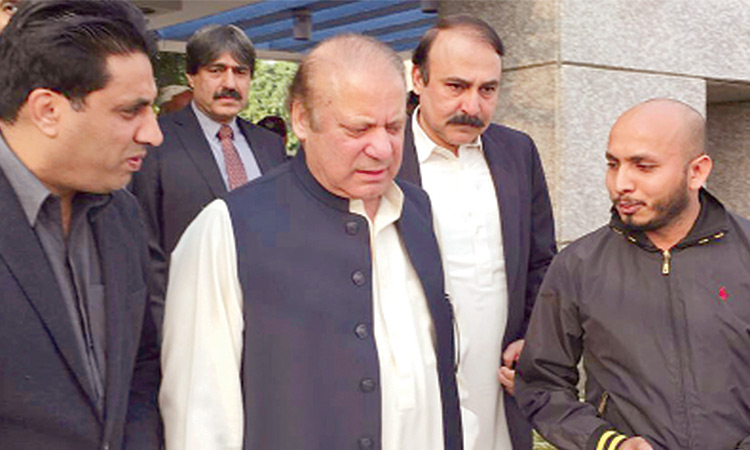